A brand new way to eat delicious and inexpensive locally-caught seafood has come to Mt. Airy this month. Fishadelphia bills itself as a community-based fishery program. 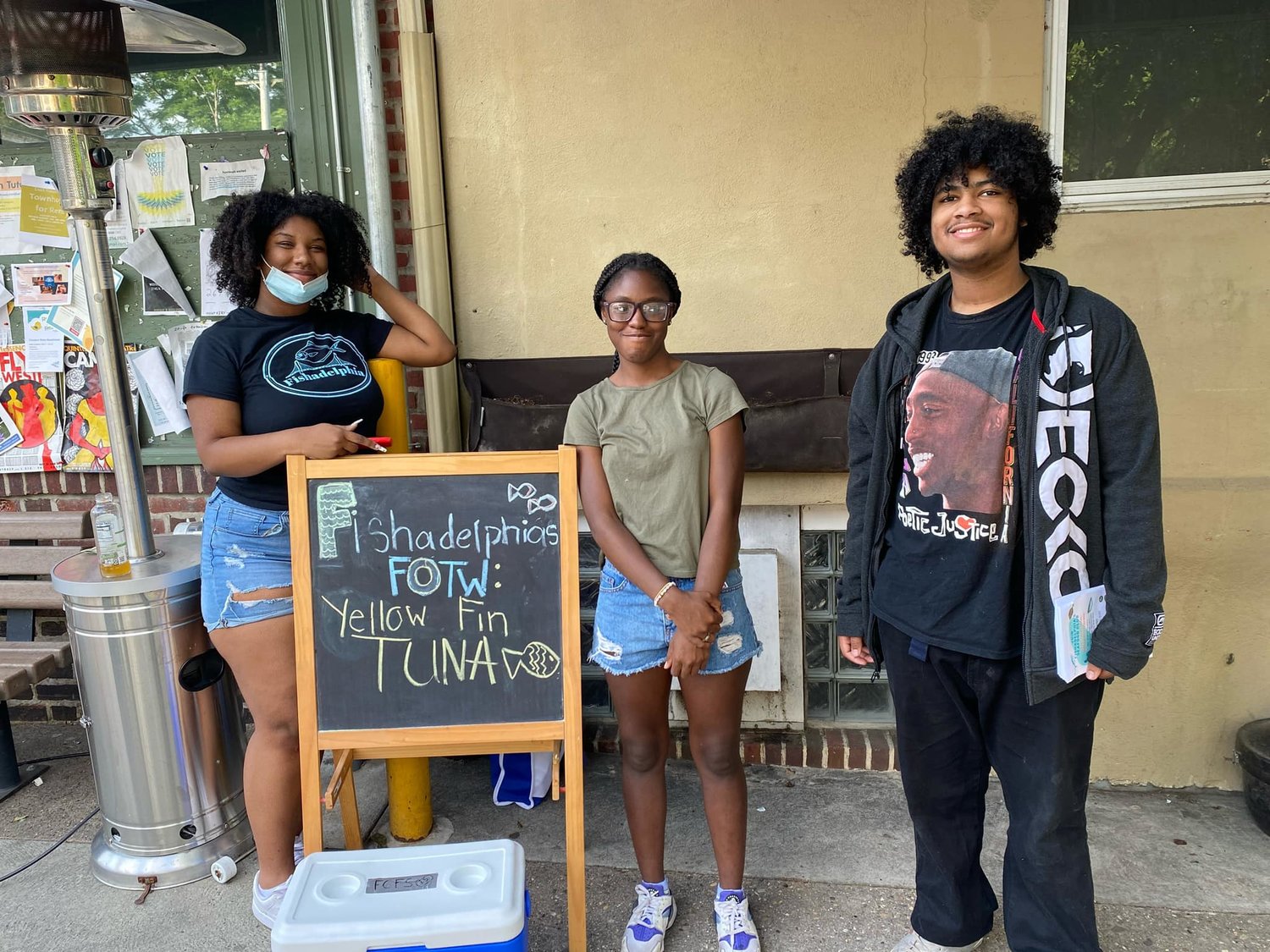 A brand new way to eat delicious and inexpensive locally-caught seafood has come to Mt. Airy this month. Fishadelphia, which bills itself as a community-based fishery program, is holding weekly fish stands outside of the Mt. Airy Weavers Way at Carpenter Lane and Greene Street.

“We’re so excited to have a fish stand in Mt. Airy this summer and to reach a new group of people who love seafood,” said Talia Young, program founder and director.

Typically, fish farmers will sell the fish they catch to a fishing dock, which sells it to a wholesaler. That wholesaler sells it to a retailer, from whom consumers purchase the fish.

Fishadelphia cuts out the middleman by purchasing fish directly from the dock. The trade off is that Fishadelphia can only sell whichever fish is freshest from the dock, meaning that consumers won’t consistently get the same type of fish every delivery. But for many that’s a small price to pay.

“On Sundays, I call all the docks and ask them what they have,” said Young. “They tell us what’s available. For instance, last week was tuna so we got tuna.”

The fish is then purchased and delivered to People’s Kitchen Philly in South Philly to be fileted on Mondays and Tuesdays.

“Our team goes there on Wednesdays and packages it up and sends it to coolers,” said Young. “Then it comes to Mt Airy and people can pick it up and buy it.”

The first Fishadelphia stand event in Mt. Airy was on June 8th. It will return to the Mt. Airy Weavers Way every Wednesday until July 27.

There’s a catch though, and it’s that you have to be a Fishadelphia member to guarantee your fish. A typical membership is $25, however those eligible for public assistance can gain access for $12.50 a month. If you so choose, you can also pay $50 a month for the membership, which helps support Fishadelphia’s mission to offer the discounted rate for those on public assistance. It also helps the after school youth programming that Fishadelphia does at Mastery Thomas Charter School and Simon Gratz High School Mastery Charter. At the program, students, who get paid by Fishadelphia, work to facilitate the business.

“Those students are helping us with packing and running stands in the summer,” said Young.

Fishadelphia currently has 15 stands around the city and three in the suburbs.

“We have the best, freshest seafood in the city,” said Young. “We’re also providing different kinds of value - the kind of benefits and belonging you don’t get at a grocery store.”

According to Young, Fishadelphia can tell you the names of everybody who handled your fish between when it was in the water and when it got to your plate.

“You’re not just getting seafood,” she said. “You’re also becoming part of a community of harvesters and students who are working to get this food to you.”