Flix: ‘Zootopia’ – An animated film as good for adults as it is for children

Flix: ‘Zootopia’ – An animated film as good for adults as it is for children 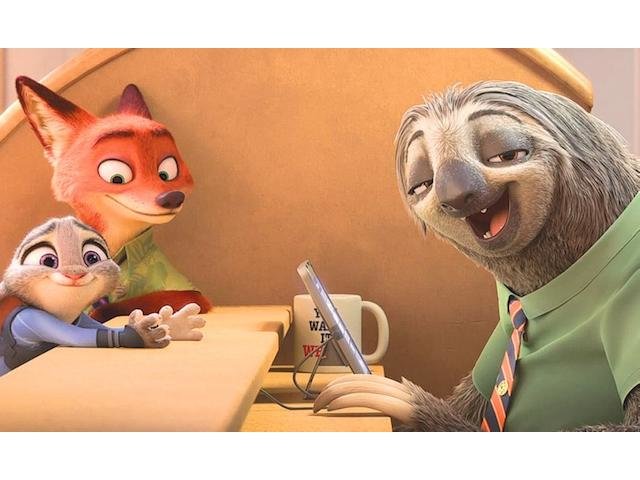 Funny, smart and full of heart, “Zootopia” is an instant classic of animalistic animation.

A fine family adventure, it takes its title (which is “Zootropolis” in other parts of the world) from the city it’s set in, a modern metropolis in a colorful parallel universe in which the entire population is animals.

Overflowing with anthropomorphic mammals, the town Zootopia is the result of animals designing and building a city in which every species has its own appropriate neighborhood and they all live in harmony.

Diversity is the name of the game. Predators and prey? No furry way.

Jason Bateman gives voice to a fox named Nick Wilde, a charming chatterbox and con artist who has nonetheless been framed for a crime that he didn’t commit.

Wilde goes on the run while being pursued by Judy Hopps, a gung-ho rabbit voiced by Ginnifer Goodwin, a country rabbit who has come from the farm to the big city as the first and only one of her kind – of her species, that is – to be recruited by the Zootopia Police Department. She graduates with honors from the police academy even though most of her new colleagues – rhinos and hippos and bears, oh my – are a heck of a lot bigger and stronger than she is.

No matter, as she’s looking for something exciting that she might be able to do in the line of duty. Instead, she is currently saddled with parking duty and writing out tickets, an assignment given to her by the police chief, Bogo, a buffalo voiced by Idris Elba.

She complies and writes more tickets on her first day than any Zootopia cop has ever written. But she’s not feeling challenged.

Then a few Zootopia residents disappear and Chief Bogo allows Judy to investigate and gives her 48 hours to solve the case.

So she goes after Nick and ends up teaming up with him to discover just what’s going on.

Of course, a fox and a rabbit are an odd couple, not exactly destined to pursue much of a friendship. But when Nick and Judy realize that there is a conspiracy underfoot, they decide to cooperate, put away their prejudices and stereotypes and work together to solve the case.

And if the film has a scene worth the price of admission for adults, grownups and chaperones, it’s one set in the Zootopia Department of Motor Vehicles, where all the employees are sloths. A miracle combo of inspired writing and comic timing, it is spit-out-your-popcorn funny.

Directors Byron Howard (“Bolt,’ “Tangled,”), Rick Moore (“Wreck-It Ralph”) and co-director Jared Bush, working from a story and screenplay by nine – count ‘em, nine – writers, wittily demonstrates that too many cooks don’t always spoil the broth because “Zootopia” has intelligence and energy and humor to spare.

It’s vibrantly colorful and impressively detailed in its backgrounds, all in support of an involving, sly-as-a-fox mystery tale. A gracefully embedded and timely message about prejudice and melting-pot open-mindedness flows throughout, even though the film evolves from a comedy to a combination of detective story and buddy-cop thriller in the late going.

Ironically, the film – which took home the Oscar as 2017’s Best Animated Feature Film – pays a slight price for its complexity and ambitiousness in that the narrative may be a bit too demanding for the youngest viewers. Consequently, this may well be one of those works of animation that pleases grownups more than children.

Regardless, “Zootopia” is much closer to utopia than dystopia.

Fall for the Arts returns, a tradition intact