For dance instruction in Northwest Philly, Best is the best

Mark "Maestro Flaco" Best and dance partner Aileen Reyes will be dancing up a storm at Love Park with “Salsa for Lunch” on Fridays at noon in Love Park this month. Best is also teaching three …

For dance instruction in Northwest Philly, Best is the best 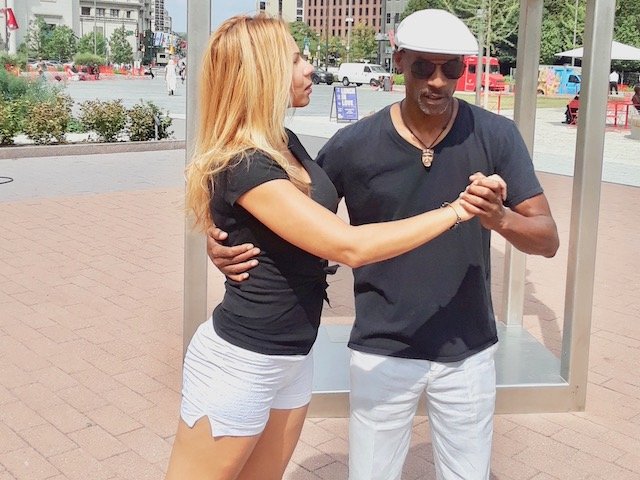 Mark "Maestro Flaco" Best and dance partner Aileen Reyes will be dancing up a storm at Love Park with “Salsa for Lunch” on Fridays at noon in Love Park this month. Best is also teaching three classes through Mt. Airy Learning Tree this fall at St. Paul's Episcopal Church. To register, visit MtAiryLearningTree.org[/caption]

When he was a child, Mt. Airy native Marck “Flaco” Best was in a coma for six weeks due to an allergic reaction to drugs a doctor had prescribed. Then six years ago, he was involved in a serious motorcycle accident, but his body has bounced back, thanks at least in part to his dance-fueled physical fitness.

And now that September is here, Best will be teaching three Mt. Airy Learning Tree dance courses beginning late this month and offering “Salsa for Lunch” on Fridays in September from noon to 2 p.m. in Love Park. Best also appears as a salsa dancer on the big screen this November in the crime thriller “21 Bridges” with Chadwick Boseman.

Referred to by students and colleagues as “Maestro,” Best, 54, is on a one-man mission to teach as many children and adults about partner dancing as he can in this lifetime, Best’s dedication to dance – and salsa in particular – is inspirational.

For those unfamiliar with the dance style, Wikipedia describes it this way: “Salsa is a popular form of social dance that originated in New York with strong influences from Latin America, particularly Cuba and Puerto Rico.”

Growing up in a twin home on the 1000 block of Sydney Street, Best said dance was a form of entertainment in his large family for whom financial resources were tight.

“For me and my family it was more of a cultural experience. With eight sisters and two brothers, there wasn’t money for a lot of tennis lessons. Dancing and singing at home or playing with rocks and sticks by the Wissahickon were our forms of entertainment,” said Best, whose nickname, “Flaco,” means “skinny” in Spanish.

“Being skinny was something I was teased about my whole life, and at some point I simply decided to embrace it so it was no longer a source of pain but pride,” the muscular 6-foot, 150-pound Best said, adding that he identifies as Cuban and African American, although he also has Cherokee and Portuguese heritage. “It doesn’t matter what kind of mutt I am. I think of myself as a human first and foremost...

“While others have described me as a good dancer, I am most proud of being a good teacher, and they are two different things. I don’t think anyone can teach better than me.”

Best's first paid teaching experience came about by accident when he was in his late 20s. He had accompanied a friend who was a disc jockey to a bar known as Lou and Choo’s on Hunting Park Avenue in North Philly. At the time line dancing was popular in the dance world, and Best jumped in. 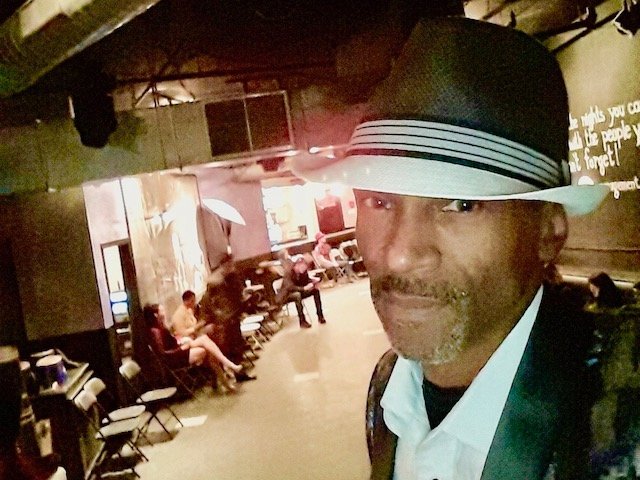 Best, on the set of the film "21 Bridges," to be released in November, appears in costume as a dancer.

“I started getting up and dancing, and other people got up, and I showed them the steps. The bar owner asked me to return to the dances to help teach others, and that’s how I discovered I had some kind of teaching ability.”

At the time, Best was unhappily working a steady job in the corporate world teaching customer sensitivity training.

“I hated going to work every day, and then I started getting more and more requests to teach dance during the day. I knew I wasn’t going to get rich working for somebody else, so I thought, ‘Let me earn a living and at least be happy doing what I want,’ and I haven’t looked back.”

For the past four years, Best has collaborated with Gail Detweiler, owner of the over 100-year-old Chestnut Hill Dancing School. The pair hold classes for young people at the Philadelphia Cricket Club.

“Every year we teach about 120 children in two classes about dance and manners and help them build social confidence skills.”

Over the summer, Flaco received a a plaque at City Hall from the office of Councilwoman Maria D. Quiñones-Sánchez. It reads: “Thanking Marck 'Maestro Flaco' Best: In recognition of and appreciation for efforts to preserve and foster the growth of salsa music throughout the Philadelphia region.”

Best also runs “Flaco’s Dance Factory” featuring a monthly salsa meet-up and dance party utilizing traditional Latin bands, and for years he has been one of the most popular teachers for MALT.

“Studies have shown, and I know firsthand, that dancing is one of the best ways to engage your body and brain using hand-to-eye coordination and other motor skills,” said Best.

With two grown daughters, Best is not in a permanent relationship because teaching dance takes up so much of his time. The younger daughter, Morena, is starting her senior year in college. She hopes to teach English as a foreign missionary. His older daughter, Phoenix, 26, is an actress on Broadway. 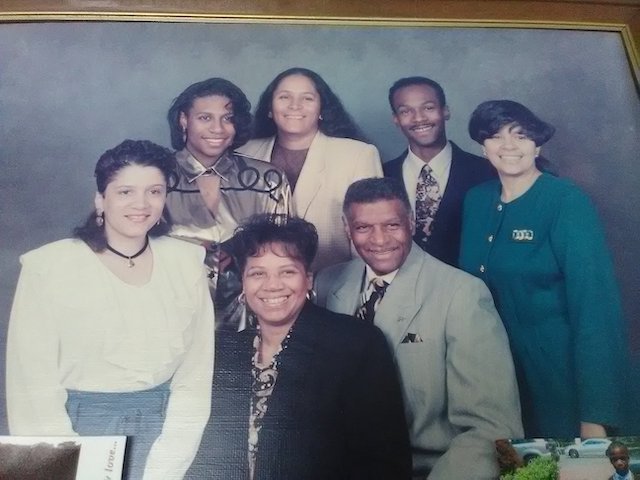 Mark "Maestro Flaco" Best is seen decades ago with his parents – mother, Rev. Yvonne Best and father, the late Pastor Daniel – along with (from left) sisters Patricia, Leah, Diane and Joanne. (Not shown are brothers Nathaniel and Daniel, sisters Gloria, Brenda, Olivia and Ann.)[/caption]

“Men should be dancing with all the women in their lives,” said Best. “Successful partner dancing is a great mirror for successful relationships. Dancing teaches critical skills in terms of establishing eye contact and confidence. From that, all kinds of good things emerge.”

But what if you have a partner who claims to have two left feet?

“You can always find a partner. In this ever-changing world, I’m teaching gender-neutral classes … Some people shy away from it because they don’t allow themselves to be open to this experience, and that’s a shame because dancing can make one’s life so rich.”

“I think that epitaph could be on my gravestone as dancing is such an essential part of who I am,” said Best, who told us that when he is not dancing, he loves to hang out with his two-and-ahalf year old Jack Russell terrier, Stumpie.