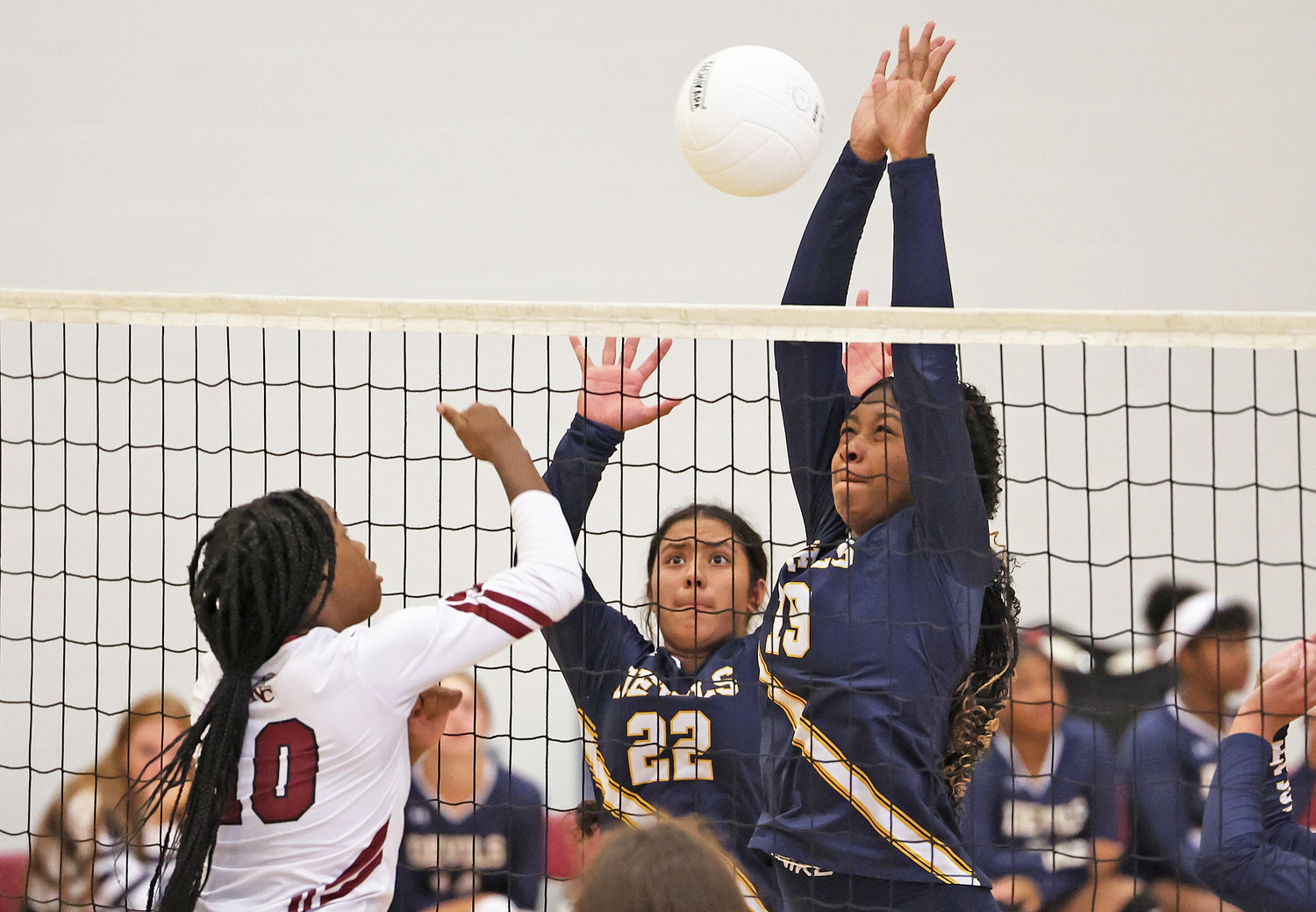 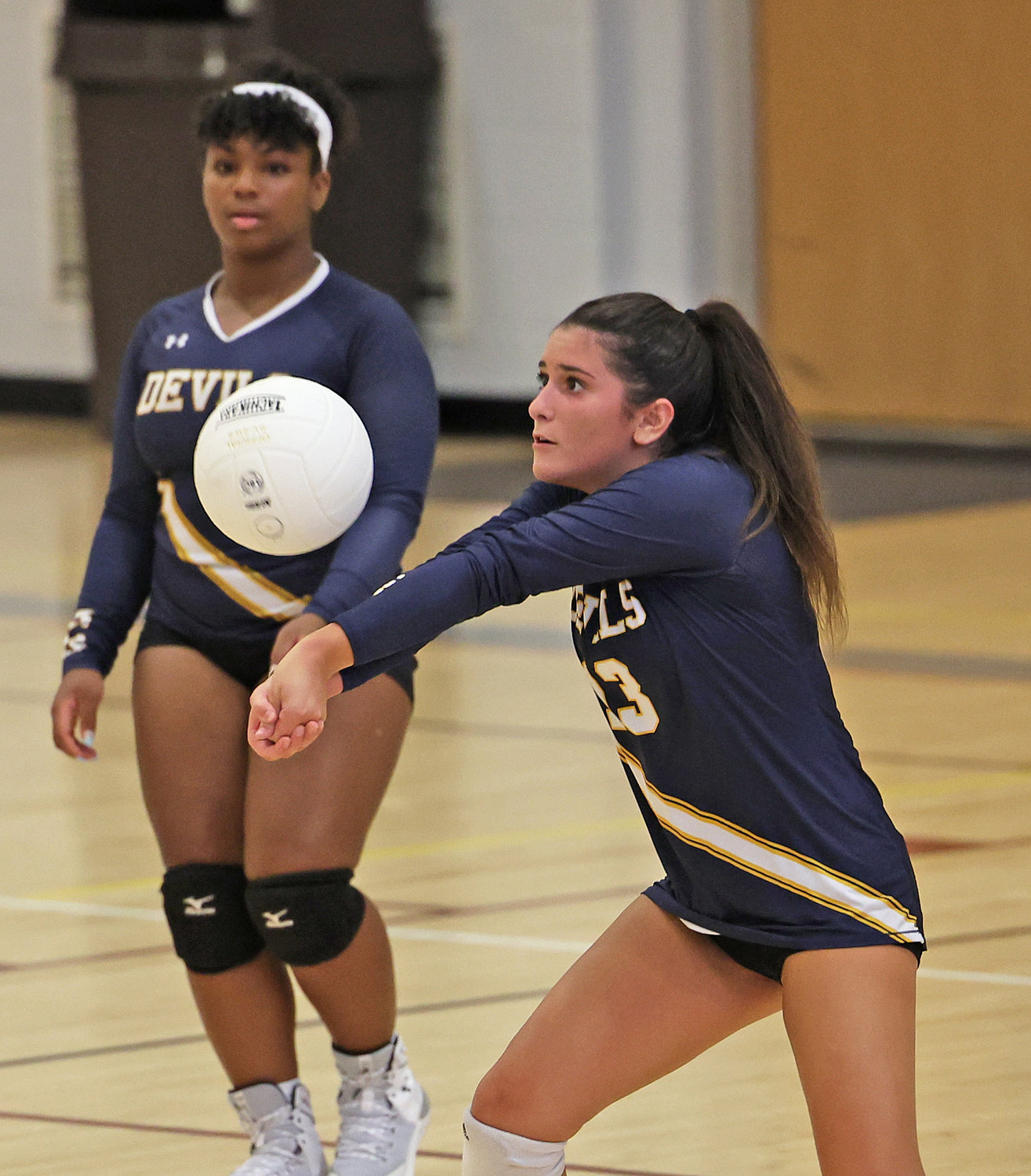 After overcoming Shipley School and George School in preseason scrimmages, the Springside Chestnut Hill Academy volleyball team had a different outcome against a third Friends Schools League squad on September 12.

In the first set of their official season opener at the Academy of the New Church, the visiting Blue Devils fell far behind in the early minutes, and lost 25-13.

They gave a much better account of themselves in the next two sets, but ANC eventually won both of them at 25-22, wrapping up a 3-0 victory.

SCH was playing without two seniors who are the team co-captains; Jamie Ehnow and Faith Scally were both sidelined for medical reasons. Sophomore Kennedy Hayward, who usually starts, was also out of action.

Aside from Ehnow and Scally, Kaliyani Wardlaw is the only other senior on the young SCH team this fall.

The other juniors on the varsity roster are Elliot Harmaty and Courtney Williams, and Rhea Davidson is part of the sophomore contingent. The two freshmen who made the varsity squad are Katie McMullen and Sarah Scally (sister of Faith).

David Noll is back for his fourth season as head coach of the Blue Devils, and there is a new assistant, Jen Kane, who played volleyball for John W. Hallahan High School.

After the loss at ANC, SCH rebounded later last week with a 3-0 victory against Stuart Country Day School in Princeton, N.J.