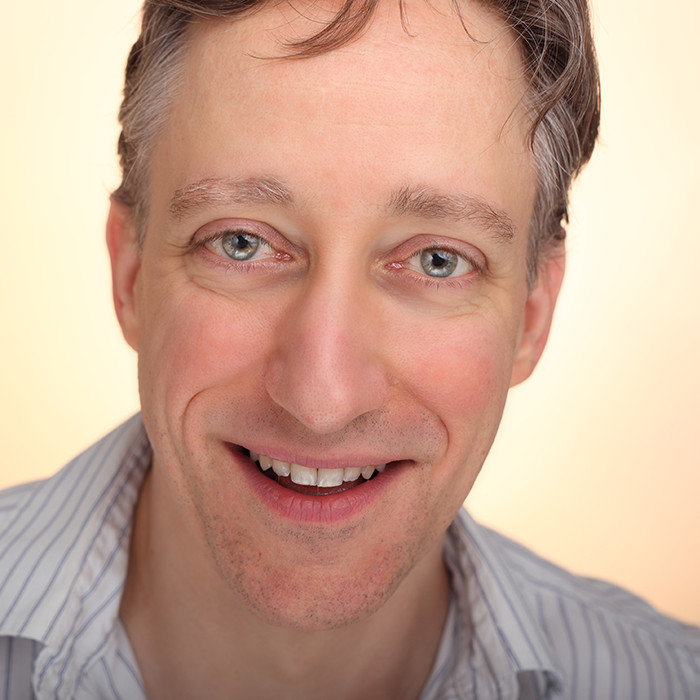 Mt. Airy resident John Zak is starring in two classic plays presented by the Quintessence Theatre Group at the Sedgwick Theater. “The Winter's Tale” and “The Alchemist” run through April 17. 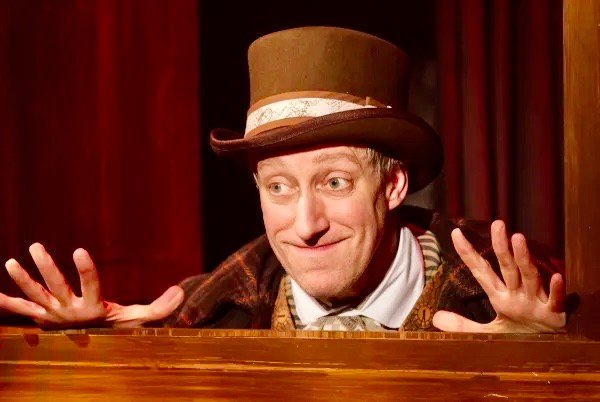 Mt. Airy resident John Zak is starring in two classic plays presented by the Quintessence Theatre Group at the Sedgwick Theater. “The Winter's Tale” and “The Alchemist” run through April 17.
Previous Next
Posted Thursday, March 31, 2022 6:00 am
by Rita Charleston

The first offering, “The Winter's Tale,” starts when the King of Sicily, blinded by irrational jealousy, accuses his wife of being unfaithful with his best friend, who happens to be the King of Bohemia. The domestic dispute soon becomes political, initiating a chaotic chain of events that spans 16 years. In this play, Mt. Airy resident John Zak makes his Quintessence debut as Camillo. “The two kings have been raised together, so Camillo is shocked when the King of Sicily asks him to murder the King of Bohemia,” Zak explained. “Camillo refuses to do so and instead, enters the Bohemian King's service.”

The second play, Jonson's chemistry lesson in comedy, is “The Alchemist.” With their master away, three servants play as they swindle a rogues' gallery of ridiculous characters out of their cash and dignity by offering pseudoscientific services that range from turning metal into gold to summoning fairies. Zak plays the lead role of Face, along with fellow swindlers Subtle and Dol Common.

“These are great roles, and I'm lucky to have them,” said Zak, who admits to being 50-ish and growing up as the class clown in Collegeville. “I went to Methacton High School and was voted the class clown, and I guess I really did like to entertain people and make them laugh. And even back then, people told me I should consider going into acting.”

Zak took the advice but headed to Indiana University in Bloomington, where he earned a degree in political science. “After that I lived in Washington, D.C. for a while, returned home and then decided to attend Villanova University to get my M.A. in Theater.”

Graduating in 1994, Zak then started on the long, hard road to success, which, for those who struggle in the theatrical world, is much harder than it looks. Over the years, he's managed to appear in many local productions, including “The Tempest” at the Philadelphia Shakespeare Theatre, where he won a Barrymore Award for Best Supporting Actor.

Zak and his wife, who works for the Philadelphia School of Circus Arts, married six years ago, and decided to leave their home in South Philadelphia and move to Mt. Airy.

“First of all, it's much closer to my wife's work, so she doesn't have that far to commute,” Zak said. “We also have a 5-year-old son, and Mt. Airy's a perfect place to raise a child. Mt. Airy has a neighborhood look and feel to it. There are trees all around, a playground nearby, great schools and so much more. It's a perfect place for a family.”

When he's not on stage, Zak, like so many other actors, works as a standardized patient, pretending to have a certain disease that medical students try to diagnose by asking the “patient” about his/her symptoms. (There was a famous episode of “Seinfeld” in which two standardized patients both fight to “have gonorrhea.”) In fact, up until 2019 he spent a great deal of his time doing just that at a testing center in Conshohocken. That was until COVID hit and the center closed its doors.

“That  was an unexpected blow but I began to concentrate more on my stage skills,” Zak said, “the kind of skills and the kind of work that really bring me joy. I really like trying to walk in someone else's shoes. I enjoy taking on a role that looks at the world with different spectacles. I've done some Tennessee Williams recently, and I found it very interesting and enjoyable.

“Bringing a character in front of people creates a new sort of community,” Zak continued. “I like taking the playwright's words and bringing people to life and giving audiences something to be challenged by, something to be affected by. That's a thrill for me and something I really look forward to.”