The fountain that Susan Pizzano's efforts built is the centerpiece of one of Chestnut Hill's nicest pocket parks. The Fountain Plaza is on the 8700 block of Germantown Avenue. by Maddie Clark … 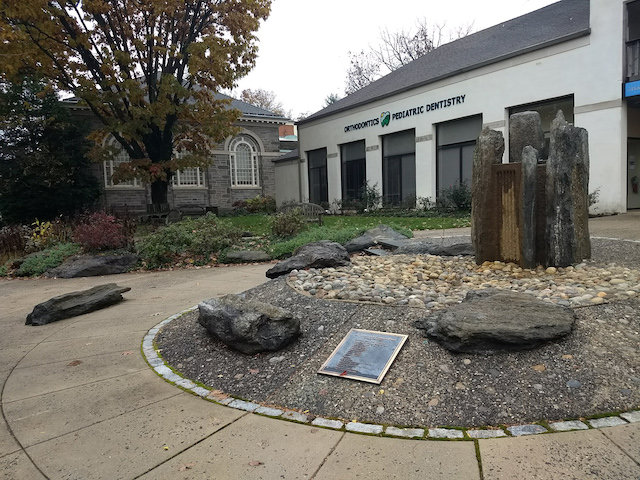 The fountain that Susan Pizzano's efforts built is the centerpiece of one of Chestnut Hill's nicest pocket parks. The Fountain Plaza is on the 8700 block of Germantown Avenue.

There’s a quiet patch of well-planned concrete and planting space on Germantown Avenue just south of the Chestnut Hill Free Library that has, for the past 16 years, been one of the most pleasant patches of public space along Germantown Avenue. Its centerpiece is a rocky, contemporary fountain that was the winner of a design competition.

The effort to raise funds for that space, to plan, build and maintain it, have been all but forgotten, according to those who had a part in it. Now, those organizers would like some much-needed attention to make sure the space is not only appreciated but also cared for.

Previously known as the Top of the Hill Plaza, the Fountain Plaza was first imagined by the late Susan Detscher Pizzano, a former vice president of the Chestnut Hill Community Association, in December 1999.

According to Joseph Pizzano, Susan’s husband, she “got very depressed” about the plaza’s dilapidated condition. So she decided to do something about it. It was a mission she took up with intense focus. She spent several years making that vision into a reality.

During its initial development, the Top of the Hill Plaza was meant to be an inviting outdoor environment for local residents and traveling citizens alike. In the 1970’s, when the plaza was renovated, money was put in the Chestnut Hill Community Fund for continuous maintenance.

Over the years, however, the public’s responsibility for the plaza’s upkeep became more and more neglected, Joseph Pizzano said, and the plaza’s original funds were now being used for other means. After a while, years turned into decades, and Susan was spurred into developing the Fountain Plaza that would later be dedicated in her name.

To keep history from repeating itself, Susan wanted the plaza to require as little maintenance as possible; making the fountain the focal point of the space.

She even got the community involved in the plaza’s construction by having local landscape architects compete for the fountain’s final design. In the end, the Wayne firm of Johnathan Alderson Landscape Architects won the contest. Alderson’s division of the plaza’s lower and upper terraces was widely admired, especially by the jury of architects who judged the competition. 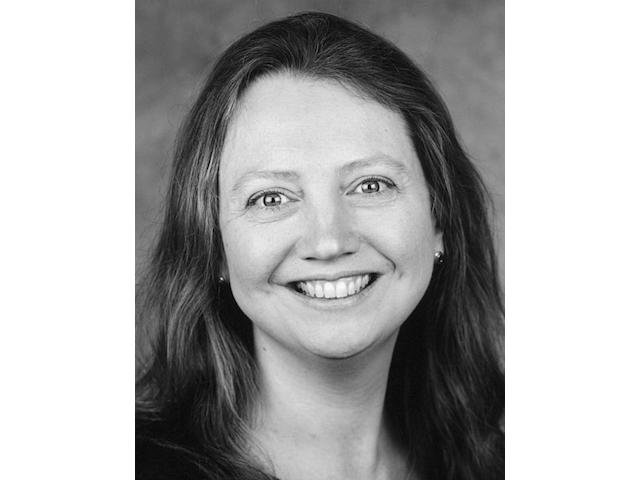 A child-centric competition was also created for children between kindergarten and eighth grade to create artistic representations of what they would do at the fountain, whether that’s making wishes with pennies, sailing paper boats, or simply hanging out with friends.

After the contest concluded, all of the entries were displayed at the Chestnut Hill Library and the top three entries and honorable mentions were awarded prizes.

Guests were invited to sip champagne while enjoying arched stone entryways and other various architectural styles in Chestnut Hill’s most historic homes. This combined with personal donations resulted in an upwards of $100,000 for the fountain’s construction.

Susan even continued these tours after the fountain’s initial creation in order insure that it would be continually sustained.

Though Susan’s efforts in restoring the plaza were successful, the public’s awareness and use of this once public staple have fallen by the wayside since Susan died of breast cancer in 2011, Joseph Pizzano said.

Since then, he has been trying to raise the community’s awareness of the fountain.

“It seems that a lot of people don’t know that [the fountain’s] privately funded and maintained for community benefit. I just want people to be aware of that,” he said.

While Susan is known for her renovation of the Top of the Hill Plaza and work within the Chestnut Hill Community Association, she also had a variety of other interests.

She got her BSN in nursing before working at the intensive care unit at St. Michael’s Medical Center in Newark. She also taught nursing at the former Germantown Hospital and the former St. Agnes School of Nursing.

Susan also dabbled as a pastry chef at Les Amis and what is now the Park Hyatt at the Bellevue. She even got her Ph.D. in history in the hopes of pursing biographical writing.

“ was interested in so many things, she didn’t just want to sit home and eat bonbons,” said Pizzano.

And sit at home she didn’t. If it’s one thing that Susan proved, is that it’s not too late to start something new.

Those interested in getting involved or donating to the Susan Ann Detscher Pizzano Fountain Plaza, should contact Joseph Pizzano at sadpiz@aol.com