Framing a picture is an art in itself

Deciding how to frame each work of art and where to hang it is an art in itself, which explains why Chestnut Hill has more than one fine art gallery and custom frame shop.

Framing a picture is an art in itself 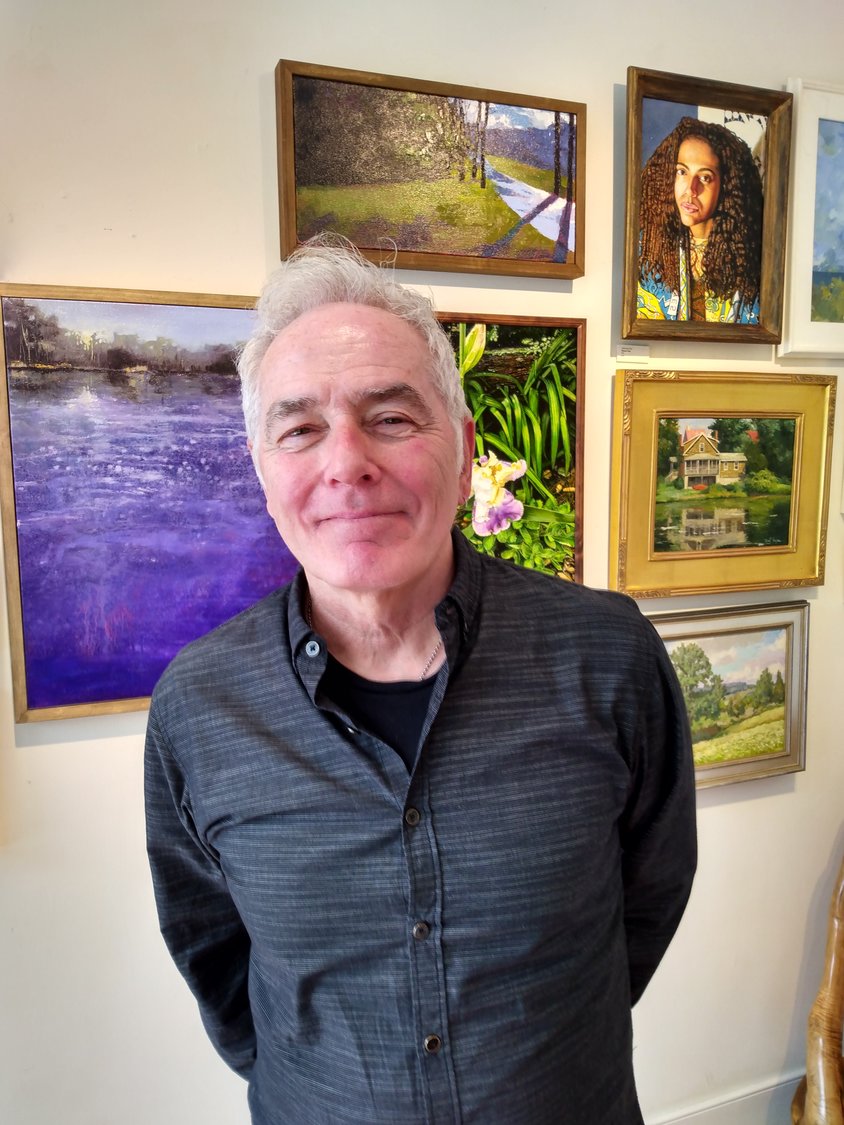 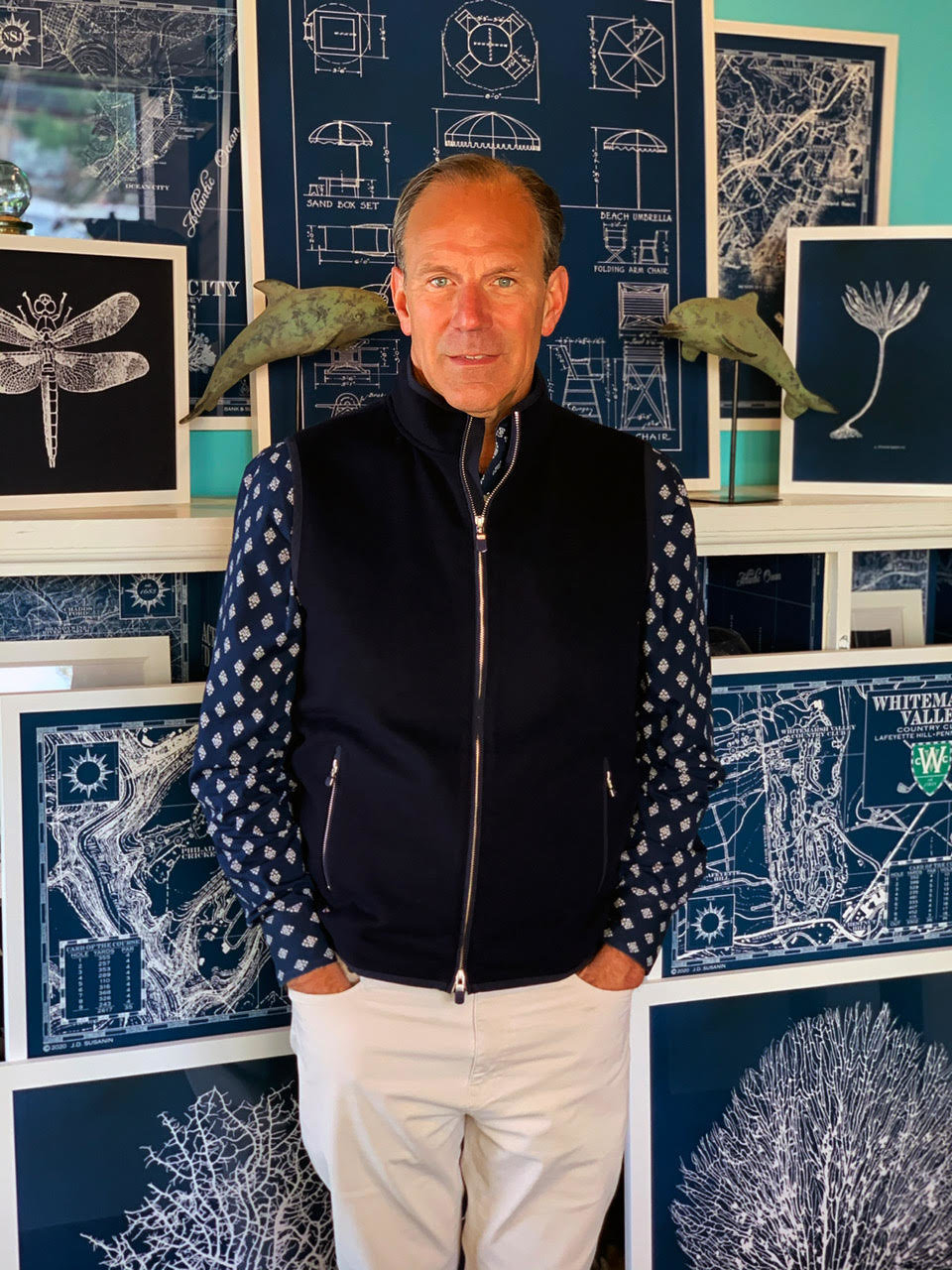 Chestnut Hill is known for its gracious homes, many of which have a rich history reflected in their architecture and in the art that hangs on their walls, from heirloom family portraits to contemporary paintings.

Deciding how to frame each work of art and where to hang it is an art in itself, which explains why Chestnut Hill has more than one fine art gallery and custom frame shop.

“I was a history major at Franklin & Marshall, then went to Penn’s graduate school of design for a master’s degree in historic preservation and later received my law degree at Dickenson,” Susanin said. “But I never practiced law because my younger brother told me I would be crazy to do that and he presented the concept for Palladio.”

Turns out, his brother was on to something. Susanin had always been interested in design, and art preservation. And his Palladio is not your ordinary frame shop.

Now celebrating its 20th anniversary, Palladio started in Ambler, but has been in Chestnut Hill for 13 years. The shop has more than 4,000 frame samples from well-known suppliers including Larson-Juhl and Rhonda Fineman, along with 24 karat gilded frames from all over the world.

“People come to me and say, ‘We’ve just redone our living room and we’re looking for artwork.’ Or they hire me to look at their collection and see what I think,” Susanin said. “For one client, whose home was part of Abington Hospital’s House Tour, I created a ‘hall of history,’ framing and hanging 260 pieces, including generations of family photos, children’s artwork, beaded vintage handbags, folios of botanicals and antique maps.”

Susanin doesn’t just help customers choose a frame. He puts his historic preservation and design background to work. He has taken on the challenge of framing all of the period artwork in a client’s home, including pieces that date back to 1790.

As for the maps?

“I call it Bank & Surf,” said Susanin, who stocks more than 565 maps. “It’s a collection of coastal lifestyle maps that people hang in their shore houses. I have a right-hand man, Brent, who has been with me for 15 years. He is a genius with digital art production.”

Susanin and his family formerly lived in Chestnut Hill, but now lives in a 1690 farmhouse in Blue Bell.

A gallery that rocks

Joe Borrelli, CEO of Borrelli’s Chestnut Hill Gallery, isn’t just a rocker at heart. He has been a lead singer, bass guitarist and songwriter since the 1970s when he toured with Danny & the Juniors.

These days, when not running his art gallery and framing business at the corner of East Gravers Lane and Germantown Avenue, Borrelli performs with 56 Men, a pop rock group named after the 56 signers of the Declaration of Independence.

“We recently played at the Chestnut Hill [Home and] Garden Festival and can be heard on Spotify,” said Borrelli, 68, whose youthful energy gives the impression of a younger man. Maybe that is because he loves what he does, on stage and in his gallery. On any given day, you are likely to find Borrelli kibitzing with chef Paul Roller or filling a custom order for one of Chestnut Hill’s prominent residents.

“I worked for Hahn Gallery in Chestnut Hill for five years, managing their framing department,” he said. “When the owner told me she was closing, that is when I opened my own gallery and frame shop across from Bredenbeck’s in 2000. Five years ago, I relocated to Gravers Lane.”

Borrelli specializes in the work of contemporary regional artists such as the figurative paintings and florals of Eleanor Day, the misty beach scenes of Eileen Terrell, and the watercolors of Paul Rickert and Michael Adams.

Many of these artists immortalize area neighborhoods, such as Neal Hughes’ oil painting of the Anthony Wayne Theater in Wayne, and Rickert’s watercolor of the Chestnut Hill trolley on a snowy day.

When it comes to frames, Borrelli offers the gamut, including high-end, period, and affordable frames. He also does conservation work.

“The home décor business took off [during the pandemic] and both I and my vendors had the best year we’ve ever had,” Borrelli said. “I was selling paintings right out of the window.”