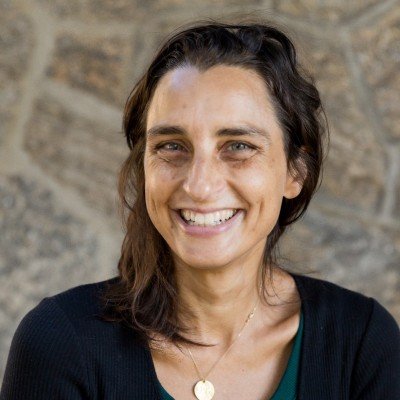 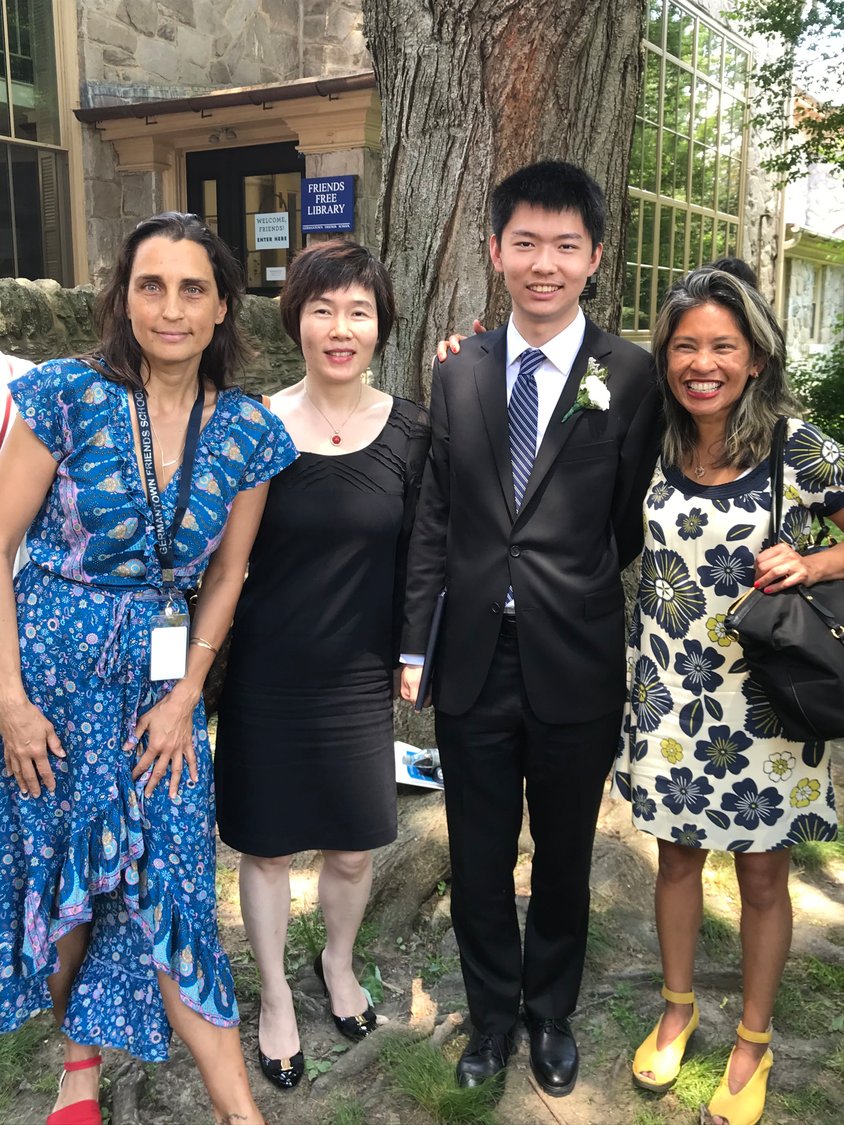 Penka Slavova (left) with one of her proud graduating international students at GFS, Kevin Chen, his mother, Lynn Yang (second from left) and “host mom,” Rossana Zapf.
Previous Next
Posted Thursday, August 25, 2022 12:00 am
by Len Lear

Longtime Mt. Airy resident Penka Slavova, who is starting her seventh year as director of the International Student Program at Germantown Friends School, can identify with the students who come to the U.S. to study.

“I know what it's like to grow up in a culture that's not your own, and try to assimilate,” Slavova said.

Her father, a writer, scholar and political dissident, defected from Bulgaria in 1976 and settled in Washington, D.C. Three years later, Slavova,  her mother and brother joined him. She was 7 years old at the time.

Slavova draws on that experience in her post as director of the International Student Program which aims to promote connections among cultures at a school whose mission includes honoring differences and nurturing “each student's mind, body and spirit.”

International students study at Germantown Friends and because GFS is not a boarding school, it provides a local host family with whom each student stays for a year or longer.

According to Slavova, the school is working on diversifying its complement of international students - all of whom pay full tuition. Most go on to attend universities in the U.S., she said.

“Almost all will probably stay in the U.S. after college,” Slavova said. “I only know of one who went back to China after finishing his education in the U.S.”

The school finds its host families - which it relies on to be a source of support and encouragement as well as food and shelter -  by advertising in school newsletters.

Chestnut Hill resident Beth Rupp, who is hosting one student, said he’s a pleasure to have around.”

For Slavova, helping the students gives her a sense of personal fulfillment.

“I love working with the kids, discovering their talents and steering them in the right direction,” she said.

“These kids are serious students,” she continued. “They want to please; they are single-minded in their goal to succeed. You have to prove yourself here if you come from another country. I still feel that way myself. You never quite belong, no matter how well you assimilate.”

Slavova and her family faced a similar challenge after they immigrated.

Slavova’s father never really relaxed in his new home, she said - especially after his friend, dissident writer Georgi Markov, was assassinated following his defection to England in 1978.  Markov died after being jabbed with an umbrella tip that contained a lethal poison.

“My dad was paranoid, scared. It did not make for a great childhood,” she said. “In Bulgaria our phone was tapped, our letters read. Mom was often called to the police station. She would be told that my dad was a spy working for the U.S. Dad was charged by the government as an enemy of the people.”

Slavova’s father had a job at the Smithsonian Institution, working on Eastern European folklore. He later worked for the Voice of America, and eventually had his own interview program. He was a well known author in Bulgaria.

“His whole mission was to save what was beautiful in Bulgarian culture,” Slavova said.

“My childhood is like a movie in my head,” she said. “The defection blew my parents apart. Mom's dad, interestingly, belonged to the Communist Party. He was a surgeon and neighborhood celebrity. He was able to help people with his connections.”

When Slavova was in graduate school, she met her husband David Greene, who grew up on Mt. Pleasant Avenue in Mt. Airy -  two blocks from the Greene Street block where the family now lives.

The couple attended Bank Street College of Education in New York City where they earned master's degrees and welcomed their first child while living in an apartment in the East Village. They moved to Mt. Airy in 2000 to be close to Greene's family.

“We love walking to Kitchens Lane and then to Valley Green Inn,” said Slavova, who has been teaching at GFS for 10 years in addition to her work with ISP.

A stay-at-home mom for 12 years, she also ran an art camp. Greene, who went to Penn Charter and Yale University, did social work for two years and has been teaching for 24 years.

In 2006, Slavova and Greene and their three young children moved to New Zealand, where they lived for four years while Greene earned a second master's degree.

“I felt very removed in Auckland,” Slavova said. “The people there were friendly but reserved, rigid, insular.” The couple/family eventually returned to their beloved Mt. Airy. “There is so much variety of people in the U.S. - different ethnicities, races, religions, nationalities,” Slavova said, “That's a great thing.”