From prison sentences to success as local gym owner

Ronald Johnson is candid about his past because he is on a mission to convince other youths with troubled personal histories that they can also turn their lives around.

From prison sentences to success as local gym owner 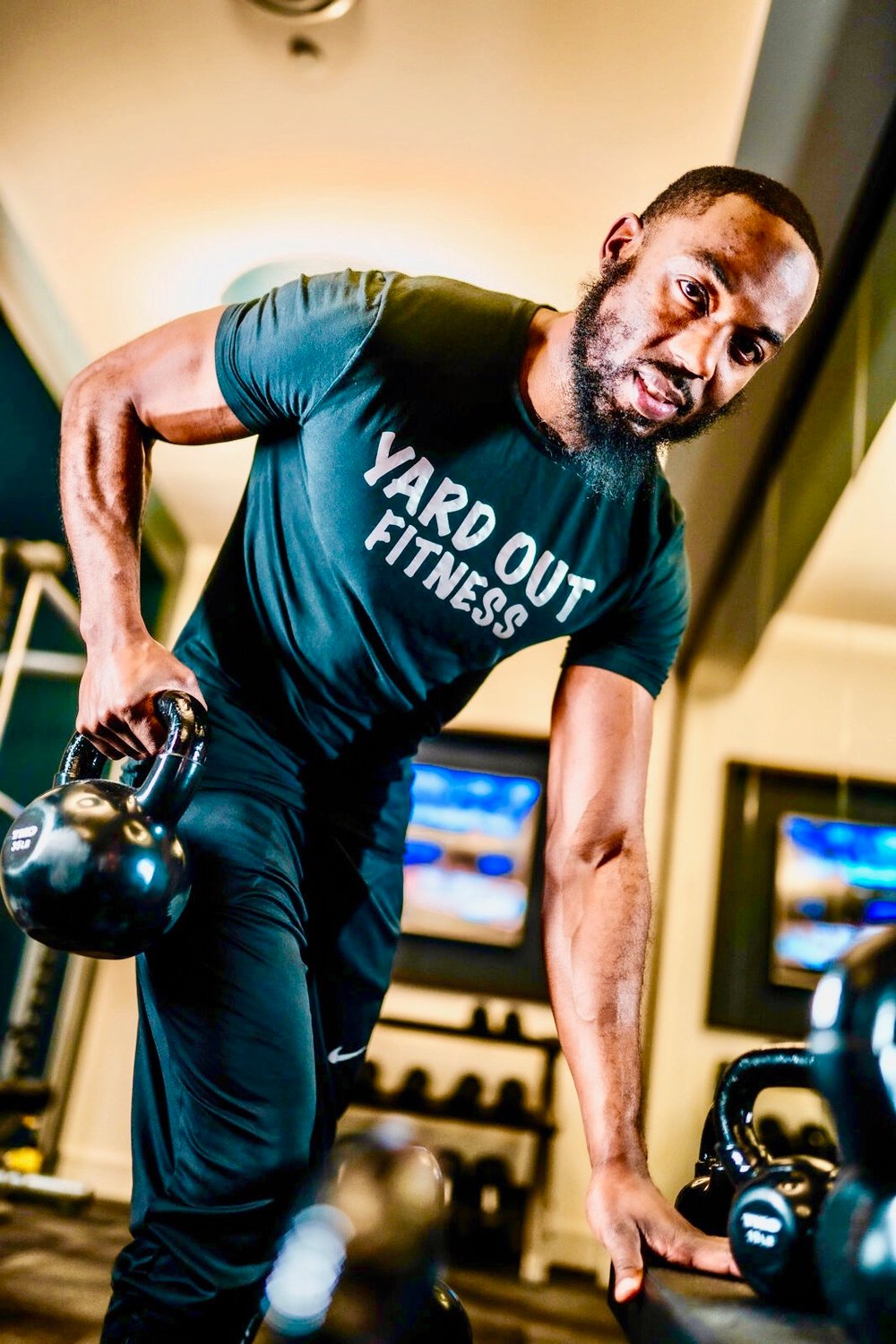 Ron Johnson, owner of Yard Out Fit Club in Germantown, is living proof that a person who has made terrible mistakes as a young man can still turn his life completely around for the better.
Posted Wednesday, November 17, 2021 6:00 am
by Len Lear

Ronald Johnson, who runs Yard Out Fit Club, an independently owned gym at 6139 Germantown Ave., near the Mt. Airy/Germantown border, admits that he is the most unlikely person you would ever expect to own and operate a fitness club stocked with a fortune in fitness machines, the same kind of inventory you would find at a national chain operation like Planet Fitness or L.A. Fitness.

Johnson, 35, who grew up in North Philadelphia and dropped out of Gratz High School, is candid about his past because he is on a mission to convince other youths with troubled personal histories that they can also turn their lives around.

When Johnson was 19 and working dead-end jobs, he saw that the young men in his community who had expensive clothing, nice cars, jewelry and other visible signs of material success had been able to obtain “the good things of life” through criminal activities.

In trying to achieve the same “success,” Johnson was sentenced to a five-year term in Graterford Prison for burglary and robbery. “You try to be slick and 'get over' because that's what you see around you,” he said last week.

When Johnson finished his sentence at age 24, he worked for a moving company for 18 months but barely made enough to survive despite the hard physical labor. “When you're a felon, you can't get a decent job,” he said, “but you gotta pay bills. I thought I would sell drugs on the side, and I did make good money and had financial freedom, but once you start selling, you can't stop.”

Three years after being released from prison, Johnson was again arrested, this time for drug sales, and sentenced to six years in Hazelton Federal Prison in West Virginia. “When I was arrested that time,” said Johnson, “I told God I would never do it again.”

While in prison, Johnson maintained a healthy lifestyle, working out three times a day. Johnson said he did thousands of squats, pushups and other fitness exercises daily. “I would begin to call out the reps for squats, pushups and burpees. Everyone could hear me through the vents, and before I knew it, I was giving workouts to the entire cell block.” As a result, the spectacularly fit and muscled inmate got the nickname “Cardio Ron.”

After Johnson was released from prison in May of 2018, he went to Community College of Philadelphia and became certified as a personal trainer in 2019. After working for a moving company by day and a personal trainer after 5 p.m., Johnson was able to get help from family and friends, which allowed him to purchase fitness equipment at a significant discount from gyms that went out of business during the pandemic, not only in the Philly area but also in New York, New Jersey and Connecticut. Johnson opened Yard Out Fitness on Dec. 10 of last year.

As a response to the pandemic, Johnson came up with the concept of a four-week fitness challenge that people can do at home via Zoom. In addition to his Zoom classes, Ron created his own pre-workout nutrition. “Chase the Burn,” designed to help the body recover more quickly and enhance stamina.

If members choose to go to Yard Out in person, there is a security system in place that allows them to use the building at any time, day or night. It uses facial recognition software to be sure that anyone who’s not affiliated with the gym can’t get access.

Johnson also holds a 30-minute workout for free on his Instagram, @yardoutfitness, every Wednesday. Workouts include a consultation via WhatsApp and the nutrition program.

“I’m encouraged every day,” Johnson said, “knowing that my mom is proud of me and that my family is being provided for. It makes me happy to hear my nephew tell people that his uncle owns a gym!”