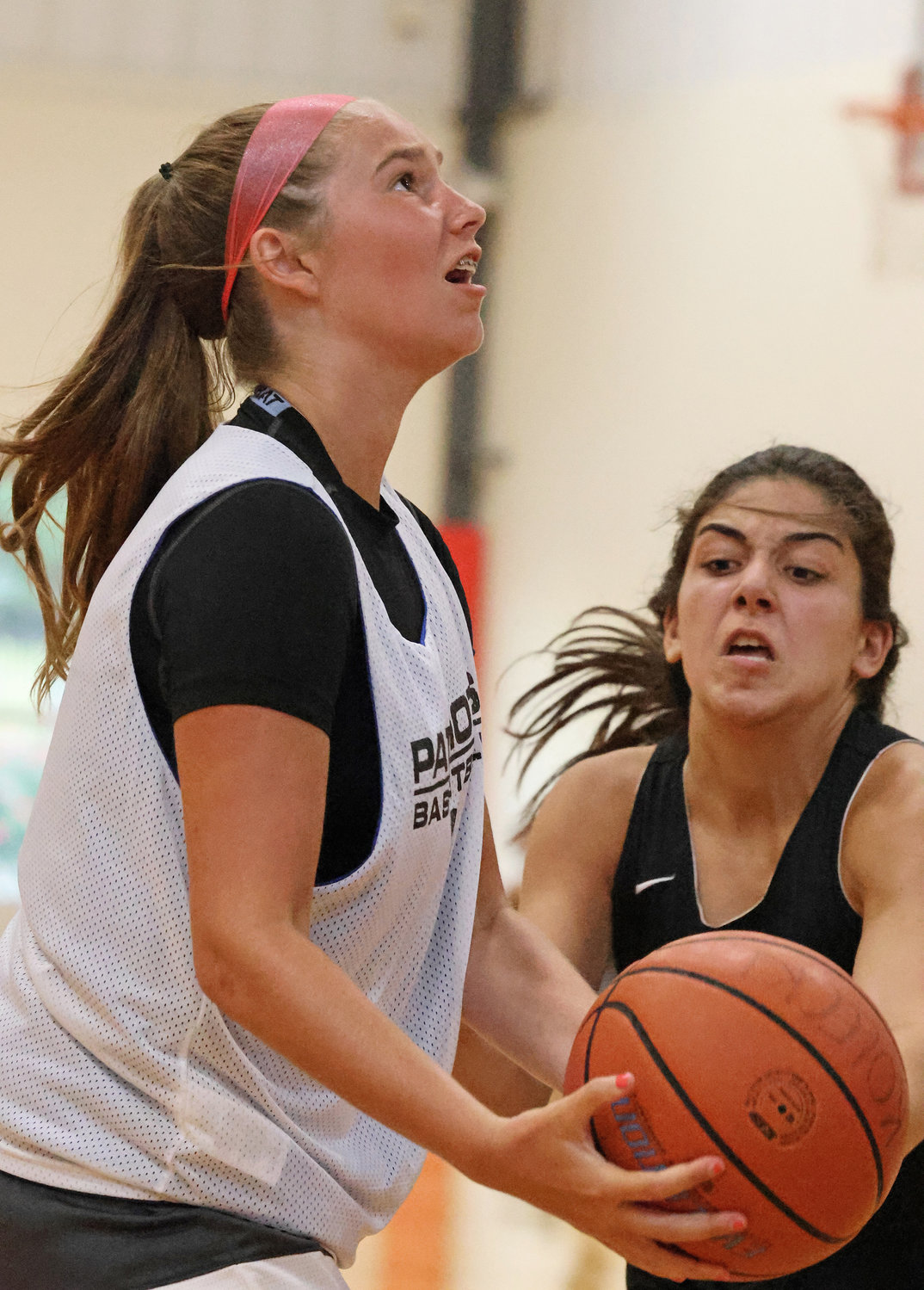 GA freshman Anna Weber is about to hoist a lay-up.
Photo by Tom Utescher 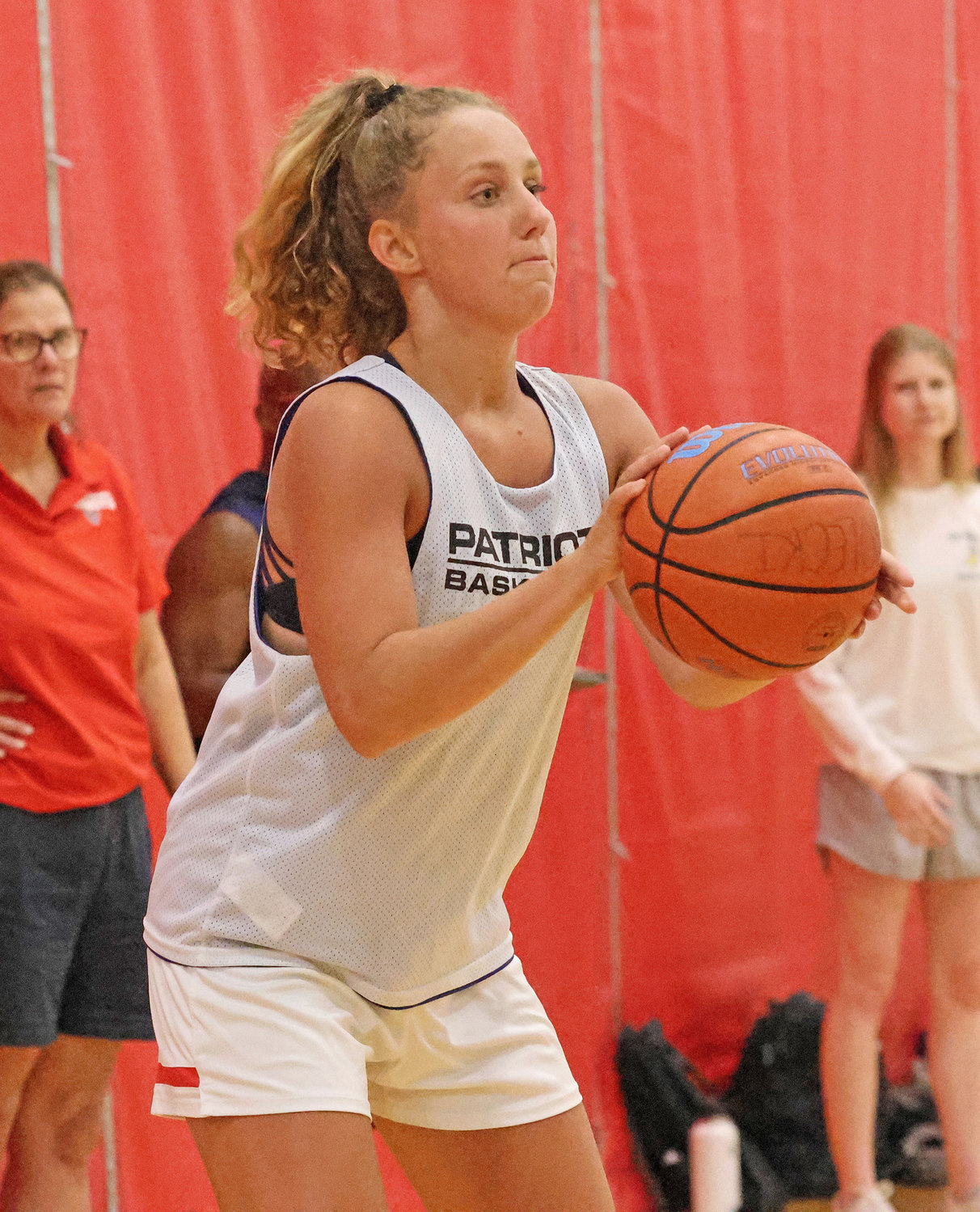 Izzy Casey, a Patriots junior, lines up a jump shot.
Photo by Tom Utescher
Previous Next
Posted Wednesday, July 27, 2022 12:00 am
by Tom Utescher

In a return to summer basketball league action after the July 4 break and subsequent trips by many players to far-flung AAU tournaments, Germantown Academy had little trouble winning back-to-back games last Monday.

The Patriots gained a double-digit lead over Central Bucks West High School by halftime and went on to win their first outing, 44-22. Next, they romped to a 29-6 halftime lead against William Tennant and then cruised through the second period for a 36-17 victory.

It would've been the final night of games according to the original schedule, but the number of players traveling to tourneys during the week of July 10 caused the July 11 slate of contests to be postponed until July 25.

Last week, C.B. West kept pace with the Patriots up to 7-7, with GA getting its points from two lay-ups and three free throws by junior Sam Wade. Wade continued to score as GA pulled ahead for good. Fellow junior Jenna Aponik was fouled on a three-point attempt and sank all three of her free throws, and she scored on a baseline drive a little later on.

A jumper and a lay-up by sophomore Gabby Bowes closed out the half with Germantown ahead 24-11. Over the first five minutes of the second period the Pats drove their lead up to 20 points (33-13), and they remained in command the rest of the way.

In game two, the William Tennent Panthers scored first, but then a transition lay-up and made free throw by junior Izzy Casey started GA off on a run of 23 straight points. Tennent never recovered from this, as sophomore CeeJay Thomas, junior Jessica Aponik (Jenna's twin), Bowes, Wade, sophomore Jessica Kolecki and freshman Jennifer Fox all got in on the scoring.

After the half ended with a 23-point advantage for GA, the second period featured offense from senior Abby Marino, junior Madison Kerest, and freshman Anna Weber for Germantown, which coasted to victory. By design, not all of the points for GA were recorded; the Patriots actually scored 53 instead of their "official" total of 36.