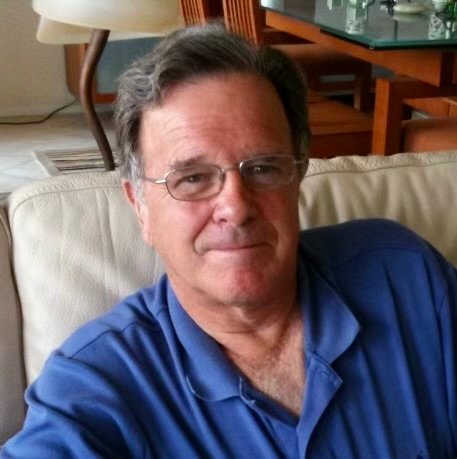 On Thursday, December 29th, Gary Lorenzon, loving husband, father of two children, and grandfather of two grandchildren, passed away at age 76. Gary was born on September 21st, 1946 in Chestnut Hill, PA to Gilbert and Jayne Lorenzon. From 1978 until his retirement, Gary founded, owned, and operated Gary Lorenzon Contractor, Inc. based in Huntingdon Valley, PA.

Gary had a passion for family, stone masonry, history, Philadelphia, and the Eagles. He met his wife, Irene days before leaving for the Vietnam War, with the Army Corp of Engineers, to build roads and highways that are still being used today. While Gary was overseas, Rene wrote letters to him almost every day and when he returned from the war, Gary and Rene got married, settled in Huntingdon Valley, PA and raised their two daughters Cori and Joanna in the house Gary built with his own two hands. Gary not only loved history, but he’s a part of Philadelphia history. His stonework on the famous steps of the Philadelphia Museum of Art and throughout the museum, will be preserved for
Philadelphians and tourists to enjoy for generations to come. Gary Lorenzon Contractor, Inc. was also the first company in Philadelphia to pour concrete from a helicopter when they installed the cooling tower for 1500 Market Street…a trick he learned in Vietnam. You would be very hard pressed to walk around this great city and not pass by some of Gary’s work from over the decades. His last job was a very intricate exterior restoration project at the Church of the Advocate in Philadelphia. Gary’s accomplishments as a stone craftsman can only be matched by his dedication and devotion as a loving father. He was a hero to his two girls and will be forever missed. Before Gary’s health started to fade, he got to watch his beloved Eagles finally win a Super Bowl in February 2018 at his daughter Joanna’s house. It was a special moment for the entire family. Hopefully they can win another one for him this year. What all who knew Gary will miss the most is his larger-than-life personality, sense of humor, quick wit, and his ability to put a smile everyone’s face. He really lit up a room.

Gary was preceded in death by his father, Gilbert, and his mother, Jayne. He is survived by his wife Irene, his two children, Cori, and Joanna (John), his grandsons Bryce, and Oscar, and several cousins, nieces, and nephews. A visitation will be held on Wednesday, January 4th at the Jacob Ruth Funeral Home on Germantown Ave. in Chestnut Hill from 5pm to 7pm. In place of sending flowers, please send any donations to the Brain Trauma Foundation (https://www.braintrauma.org/).