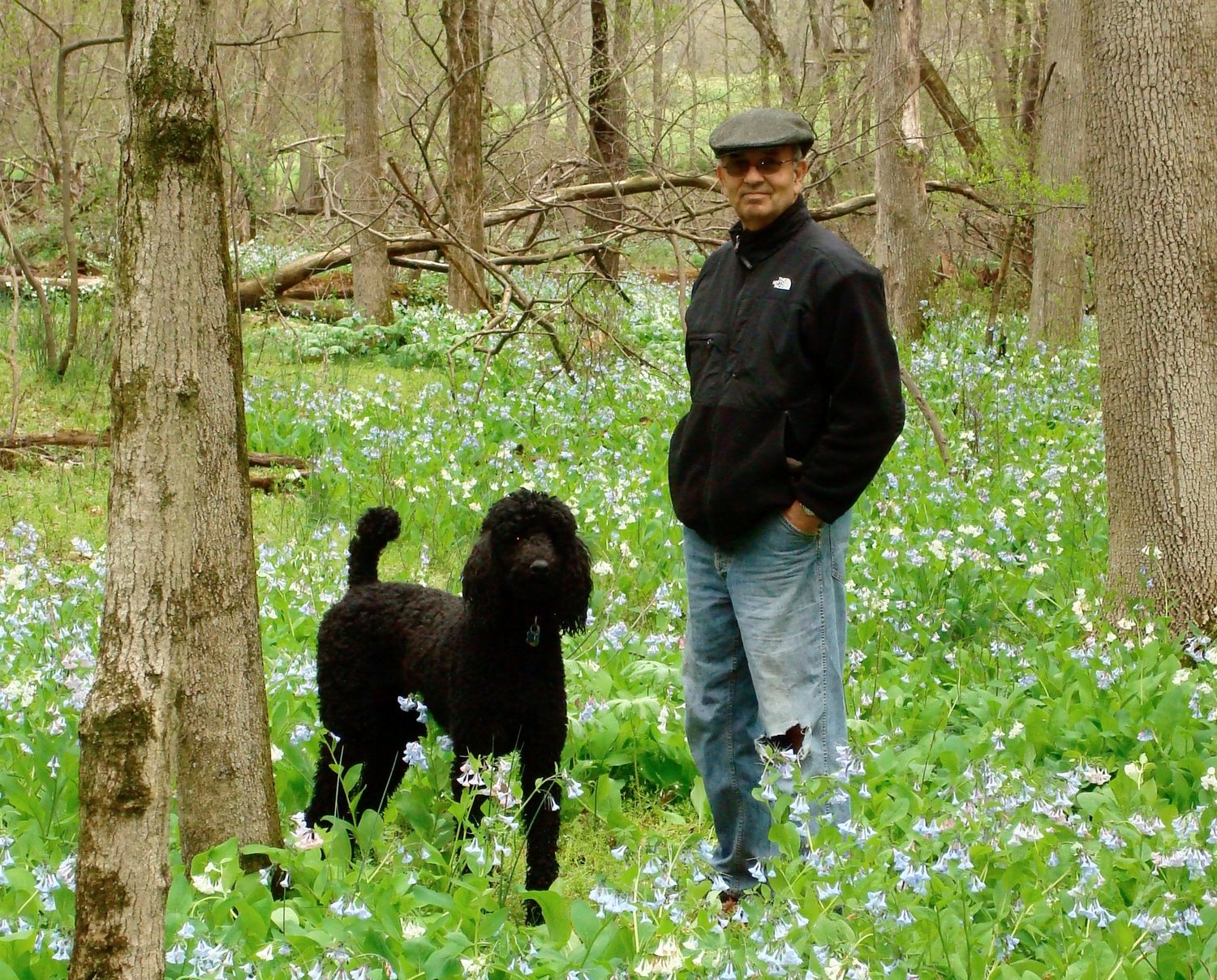 Gene Caffrey with the family dog, Ben, on a walk in the Wissahickon. 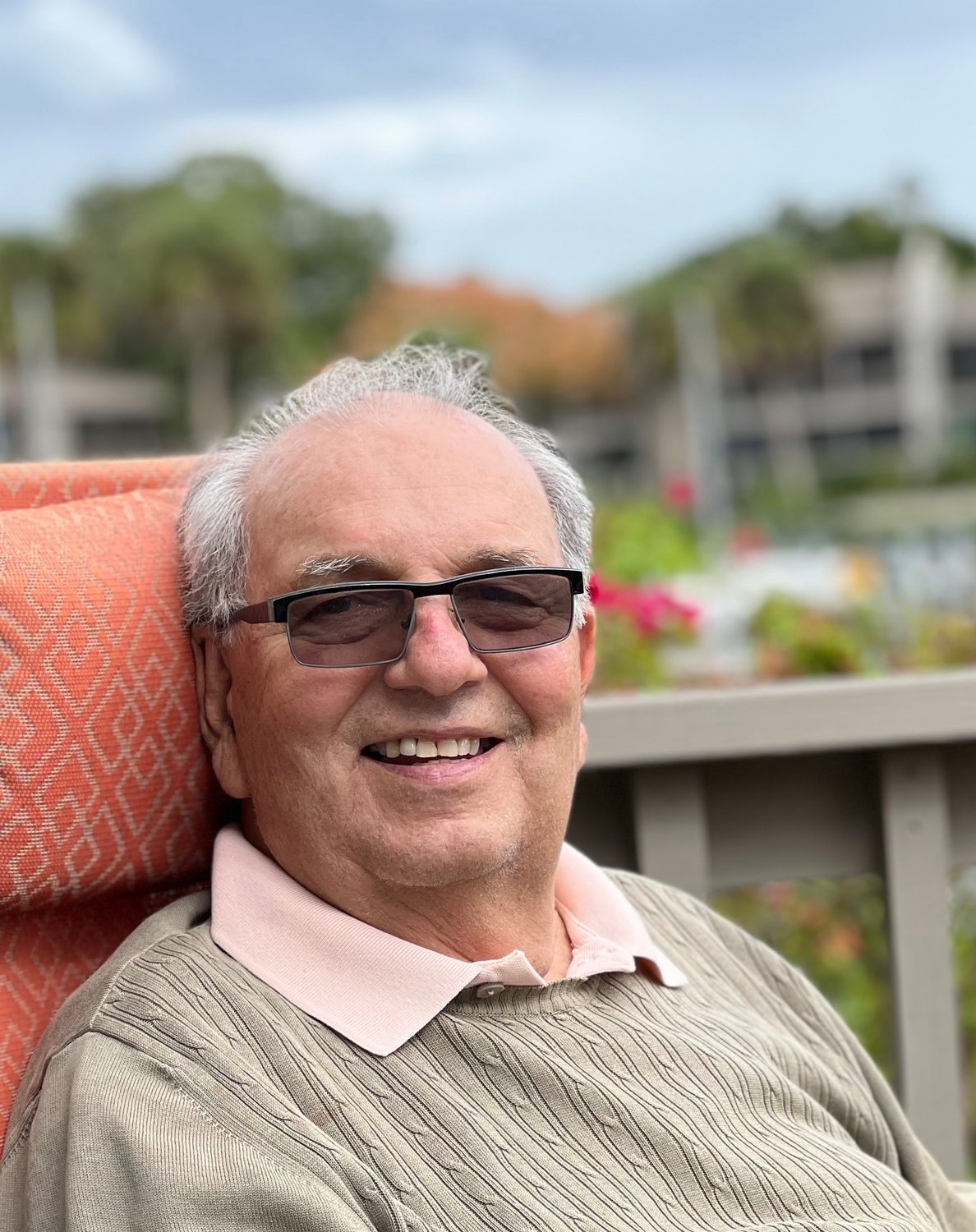 Gene Caffrey, a longtime Chestnut Hill resident whose creativity and strategic sense of adventure led him from a budding legal career to real-estate entrepreneurship and then to the authorship of a series of mystery novels, died on Jan. 9 in Sarasota, Fla. Even after moving to Florida, Gene and his wife, Mary Ellen, continued to spend their summers in Chestnut Hill.

At age 80, Gene finally succumbed to heart and kidney problems that he had been battling for more than 30 years. He attributed his longevity to sports, the love of his family and friends and the care of his wife of 55 years.

Eugene I. Caffrey Jr., was born on July 22, 1941, in Elizabeth, N.J.  His father, Eugene Sr., was an accountant, and his mother, Teresa (Contreras) owned a telephone answering service.  After graduation from Marist High School in Bayonne, he attended Seton Hall University.  After graduation, in 1963, he taught high school French.  His teacher’s salary enabled him to buy a soft-ice cream truck, with which he dubbed himself “The Emperor of Ice-Cream.”  (Always an inveterate reader, he borrowed the title from the 1922 poem by Wallace Stevens.)

That business venture enabled him to attend graduate school at the University of Chicago, where he started in psychology and then switched to law school.  It also started him on his first real-estate investment, a small apartment building that he made into condominiums.  On his first day at the University of Chicago he met his future wife, a fellow psychology student, Mary Ellen Vorzimer.  They married in 1966.  Mary Ellen Caffrey, Ph.D., survives him, as do a son, Michael, of New York City;  a daughter, Kate, of Lambertville, N.J.;  a brother, Patrick, who lives in Utah;  and three grandchildren, Savannah, Bailey and Daniel Marsh.

Gene arrived in Philadelphia in 1970 to work for the prominent law firm of Montgomery McCracken.  It was then that the family moved to Chestnut Hill.  In 1973, he took a short leave from his law practice to become a small-business entrepreneur, and he never looked back.  His enterprises started with a wholesale distributorship of candy and tobacco products and led to a chain of stores in the lobbies of Philadelphia office buildings.  His real-estate interests grew in tandem with his other businesses, a strategy he called “the template for my career”:  Develop a small business, sell it and use the proceeds to buy more real estate.  His longest venture was the Flourtown Swim Club, which he owned from 1989 to 2007.  It became a hub for the family’s longtime friends and a source of many new ones.  In real estate, Gene specialized in apartment buildings in Northwest Philadelphia, including the Wyndmoor Arms on Pleasant Avenue in Wyndmoor.

Gene also found plenty of time for sports, whether it was golf, softball or basketball.  He and some like-minded friends established an annual gathering they called ACHE (Athletic Competition of the Highest Echelon);  that group grew to about 40 members.  Another favorite “sport” was poker, enjoyed regularly with a revolving group of friends.  Gene had always dreamed of having horses, and he did - first in Fairmont Park and then at his farm in Lambertville, which he built up from 100 empty acres;  it is now part of a land preservation trust.

Since Gene’s death, many friends and the children of friends - in Chestnut Hill and beyond - recalled how often they had turned to him for advice, and how much they admired the way he charted his own path in business and faced decades of significant health challenges.  One old friend wrote of Gene’s “Three C’s: Courage, Curiosity and Compassion.”  To that could be added the good counsel that caused many to call him their mentor.  One way he offered guidance was through telling stories from his own life that would help you gain an insight into your own.  “He had a magical quality of making you feel safe, cared for, understood, encouraged and hopeful,” one extended-family member recalled.

In the last decade or so, Gene devoted himself to writing.  He chose the mystery genre.  His books, five completed, with another in progress, all starred the same part-time detective. “I based the main character, Owen Delaney, on a friend from my 20s with shocking blond hair, a romantic temperament and some quirky eccentricities, who had what to me at the time seemed like fascinating life experiences,” he told The Chestnut Hill Local in a two-part profile in 2016.  Kirkus Reviews called Owen Delaney a “convincing amateur sleuth whose kinks are as enjoyable as his triumphs.”

The novels, “Shock Treatment,” “Two Souls,” “Sweet Caroline,” “Finding Bridget” and “So Hard to Know,” follow this character as he evolves from a single man in his 20s through married life, fatherhood and a university career.  All are available on Amazon and are described in detail on the Website OwenDelaneyNovels.com.  “I see these books as being as much about Owen’s personal evolution as about the crimes he ends up solving,” Gene said, adding:  “Maybe I will like him more if he remains quirky and tentative. But I will be interested to find out how he turns out.”

In his books, Gene drew on his personal knowledge of the legal and political worlds of Philadelphia.  And where in Philadelphia does Owen Delaney live and practice his craft?  In Chestnut Hill, of course.