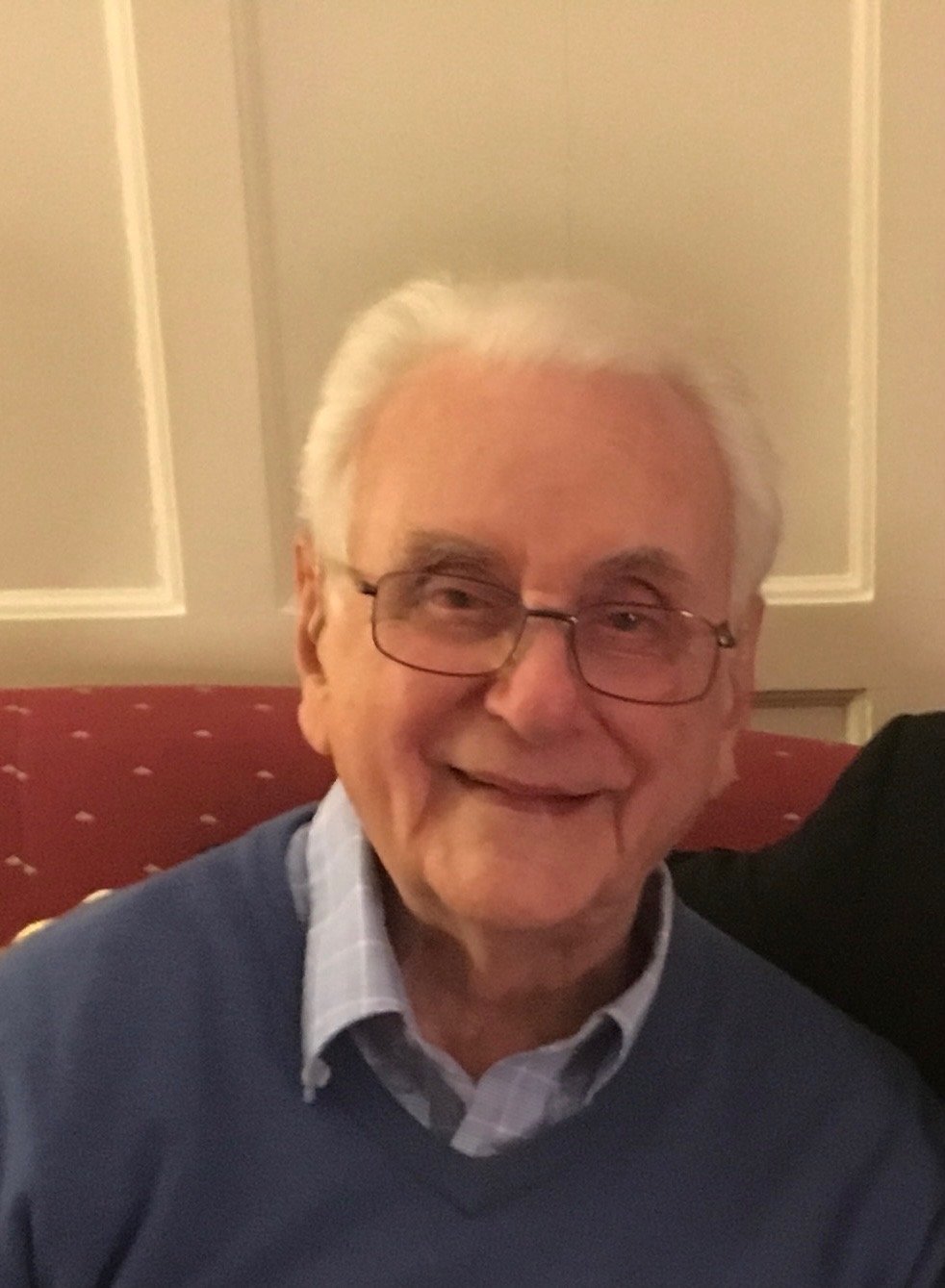 George O. Herold of Philadelphia, Pennsylvania, passed away peacefully at home, in the company of his beloved wife Cara, on April 16, 2021.

George, who was 92, had been battling a series of illnesses for the last year with his characteristic grace and dignity.  For his entire adult life, George was an active member of the First United Methodist Church of Germantown (“FUMCOG”), where he held many leadership positions, helped hundreds of less fortunate members of the surrounding community and made many lifelong friends, all of whom (along with many others) adored him for his judgment, kindness, good humor, honesty, easy acceptance and faith.

A graduate of Penn State (B.S.) and Drexel (M.B.A), George worked for 35 years at Rohm & Haas as a chemical engineer, where he held various management positions, most notably in the international division, which enabled him to travel the world.  George lived a life of service including, in addition to his work at FUMCOG, serving as an elected member of the Abington School Board and as a board member of multiple Philadelphia-based non-profits.

He was a proud Philadelphian, and an avid fan of the Phillies, Eagles and Sixers, with whom he shared years of joy and heartbreak.  George was a world-class father for his three sons Fred, Steve and Tom, for his beautiful daughter Lisa, who died in 1981 after her fifth heart surgery, and later for his stepdaughter, Nan Masland. George retired from Rohm & Haas in 1991, shortly after his beloved first wife Ann Herold (nee Bustard) passed away.  He married Cara Herold (nee Pomfret) in 1994, and lived happily with Cara in a beautiful old home in West Mount Airy until his death.

Cara, who George routinely referred to as a saint, also brought her wonderful daughter Nan into George’s life, and George loved them both dearly. George and his children have all been blessed with their wonderful spouses Dana Kleiman (nee Frisch), Karen Herold (nee Stambaugh), Jane Herold (nee Donnelly) and Jena Masland (nee Clause), and by George’s grandchildren Michael, Lucie, George, Leslie, Jack, Calder and Mariah.  In addition to Cara, Nan, his children and grandchildren, George is survived by his brother Fred.

A memorial service will be scheduled at a later date when family and friends are able to gather safely at FUMCOG.   In lieu of flowers, donations may be made to the First United Methodist Church of Germantown, 6001 Germantown Ave., Philadelphia, PA 19144.