The Philadelphia Industrial Development Corporation (PIDC) confirmed to the Local last week that it has a memorandum of understanding with West Powelton Development, owned by developer Anthony … 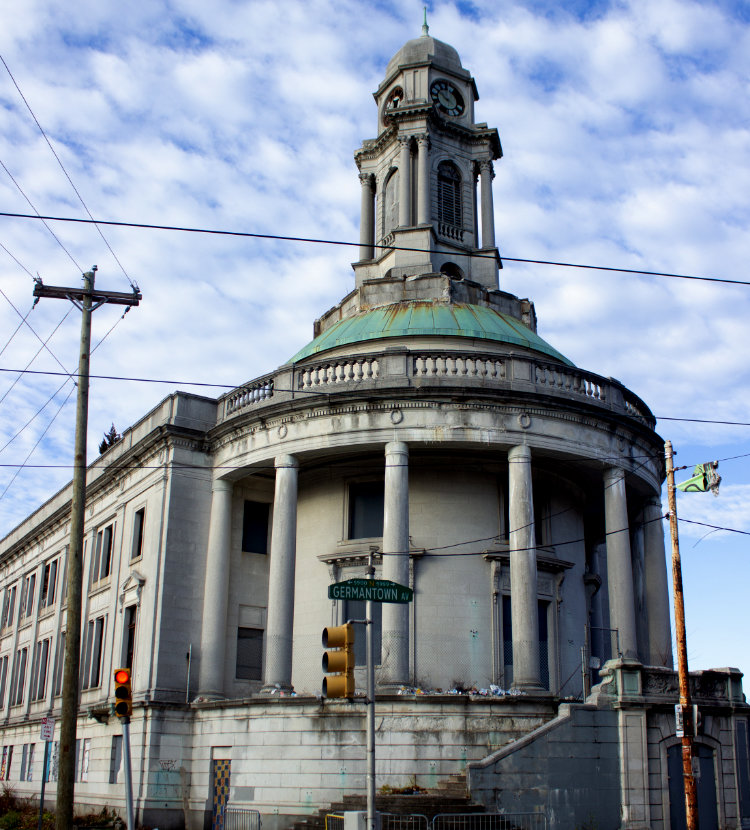 The Philadelphia Industrial Development Corporation (PIDC) confirmed to the Local last week that it has a memorandum of understanding with West Powelton Development, owned by developer Anthony Fullard, to provide the company with the site access necessary for exploring the feasibility of building a 39-unit, mixed-income residential building with first floor commercial space on the parking lot behind Germantown Town Hall.

The memorandum is a first step toward eventually making a bid and purchasing the property, PIDC spokesperson Jessica Calter said. But she warned that the idea was not considered “a formal proposal.”

In a phone call, Fullard told the Local that he has renderings of a proposal already drawn, but won’t share them until after his company consults with the community. He said the project, if constructed, will almost certainly involve building a new structure filled with residential units on the parking lot behind Germantown Town Hall.

“There’s no way that you can refurbish that building without revenue coming in,” Fullard said, “and so the residential piece will support the debt service that we’ll have.”

Back in December, Fullard told the Local he envisioned turning the Germantown Town Hall building into a “mini City Hall” where residents can pay municipal bills and access other city resources. In a phone call last week, he said his company is still committed to that idea.

“For a site like Germantown Town Hall that will present significant challenges to redevelopment, PIDC and the City want to ensure that anyone who is going to purchase the property has a full understanding of site conditions before they put in a legally binding offer,” Calter said in an email. “That typically includes a set of preliminary site and financing investigations.”

If the buyer determines the proposed project is feasible and the city accepts the offer, Calter said, the PIDC would work towards finalizing an agreement of sale. The feasibility study phase will likely last three to six months, Fullard said.

District Councilmember Cindy Bass, who would likely have to introduce an ordinance in order to allow the sale of Germantown Town Hall if it gets to that point, said that she was “excited to see a project at that site.”

“I’m excited to see something happening,” she continued. “That site’s been vacant for a very long time and PIDC has an obligation to do right by the neighbors.”

The PIDC doesn’t mandate community meetings as part of the sale, but Bass suggested to the Local that public input would be a requirement for the project to move forward.

“Obviously a public meeting is absolutely necessary to be able to proceed on any project like this,” she said. “We look forward to that meeting, hearing what residents have to say and having their concerns addressed.”

Fullard agreed, and said he plans to meet with the community some time around the end of August or beginning of September.

“This will be built with the community’s input,” he said. “Especially for the existing structure.”

Germantown resident and community activist Ann Marie Doley said that since the building was publicly owned for so long, it should return to its previous status of benefiting the community in some way.

“I believe that all the public properties like the Germantown Y, the high school and the Town Hall should have a public purpose,” she said. “They also should have strong citizen engagement as to what the community wants them to be, because in a sense they belong to us, the taxpayers.”

Doley said she was particularly excited about the proposed project because of the ties that Fullard, who is Black, has to the Germantown neighborhood. He was born and raised in the community.

“There’s a commitment to Black developers and minority developers in this neighborhood, but people really want the engagement and people want somebody with the ability to pull it off,” she said. “It’s an interesting combination of factors.”

While most residents, including Doley, are OK with some form of residential component to the project, some, including Yvonne Haskins, are not.

Haskins, who is also a community activist and local developer, said her primary goal for the property is to have it generate economic growth.

“I don’t see how putting in 39 residential units does that,” she said.

Instead, Haskins was hoping to turn Germantown Town Hall into a smaller version of a former School District of Philadelphia-owned school, Bok Vocational High School, in South Philadelphia. Since its closure in 2013, Bok has since turned into a makerspace for artists and entrepreneurs.

“I envision that as a destination place for this region,” Haskins said. “It should be a really high level restaurant on that ground level….Then upstairs you have top of the line shops and maker uses - something that would draw people into the building.”

“He’s a very good developer and the possibility of having an accomplished Black developer on the project - that’s good news,” she said. “What’s not good news is that we’ve got a building we’ve had to tolerate being vacant for many years.”

Haskins said she was concerned about the lack of input the community has had in determining Germantown Town Hall’s future so far.

“No one consults us,” she said. “That process is just not good for public property. It should not be one person or a few people making a decision about publicly owned buildings.”

Calter said that in the past, other developers interested in Germantown Town Hall weren’t able to get past the initial feasibility study phase because they simply couldn’t make the project work. Because the PIDC doesn’t keep data on proposals that haven’t moved forward, she was unable to say how many interested developers there were.

However, she did say that this was the first memorandum of understanding issued in the last four years.

According to Fullard, in those past four years Germantown has become “a gestation place of where people want to live and raise kids.”

“We think we’re right where we need to be as a section of the city that's starting to take over its own renaissance,” Fullard said. “It may have been that way five or six years ago, when there was not much demand to want to live in the East Mt. Airy and Germantown sections of the city, but I lived in that area for more than 30 years. I’ve seen the transformation, and we embrace it as developers.”

In addition to meeting with the general community, Fullard said he plans to reach out to the 14th Police District, which has its building behind Germantown Town Hall’s parking lot. Currently, that parking lot is being used as a space for 14th District officers to park their patrol cars.

“We want [the 14th District] to be a part of this project as well,” Fullard said. “Our property line takes up about three quarters of that parking lot, so we want to be sensitive to see how we can coexist. Maybe help them with upgrades to their present home.”

Despite the buzz around Germantown Town Hall, Calter cautioned that the development process is in a “very early stage” and “may not go anywhere.”

And that’s a feeling that neighbors know all too well.

“There have been a lot of different ideas that have been thrown away over the years, a lot of which would return it to its municipal use,” said Allison Weiss, organizer of SoLo/Germantown Civic Association. “These things take so much time and quite often nothing ever happens, as with the Germantown Y - a lot of talk and then nothing.”