Civic leaders and preservationists succeeded in saving the Joseph P. Bolton Store and Residence at 4841 Germantown Ave. from near certain demolition on Thursday. 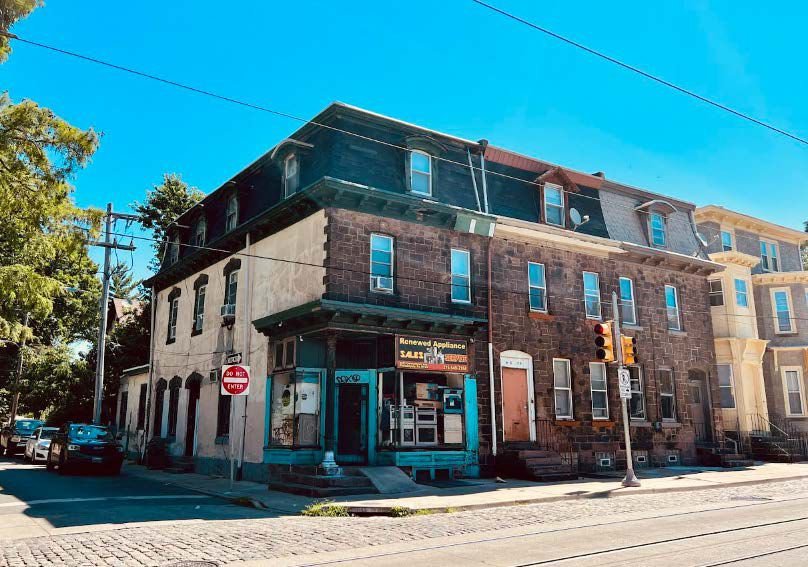 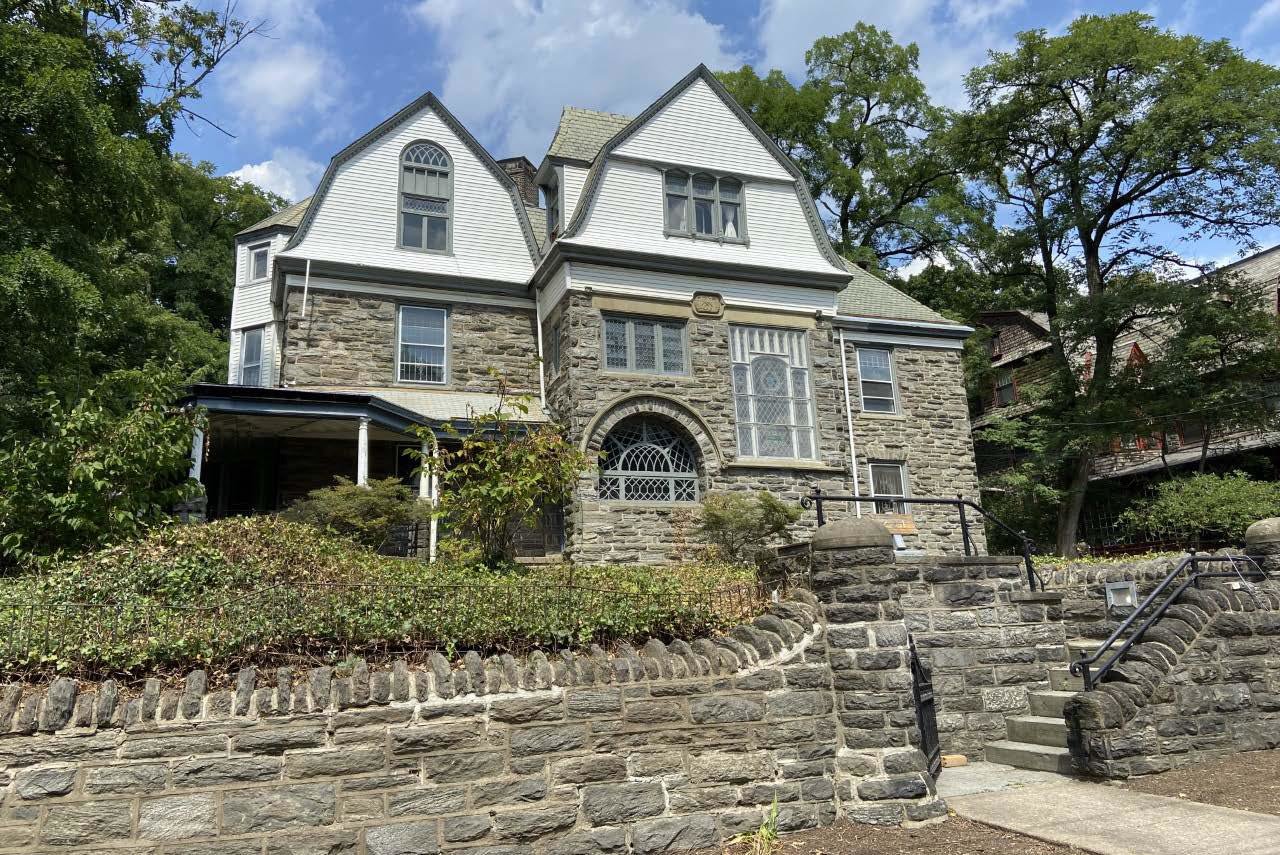 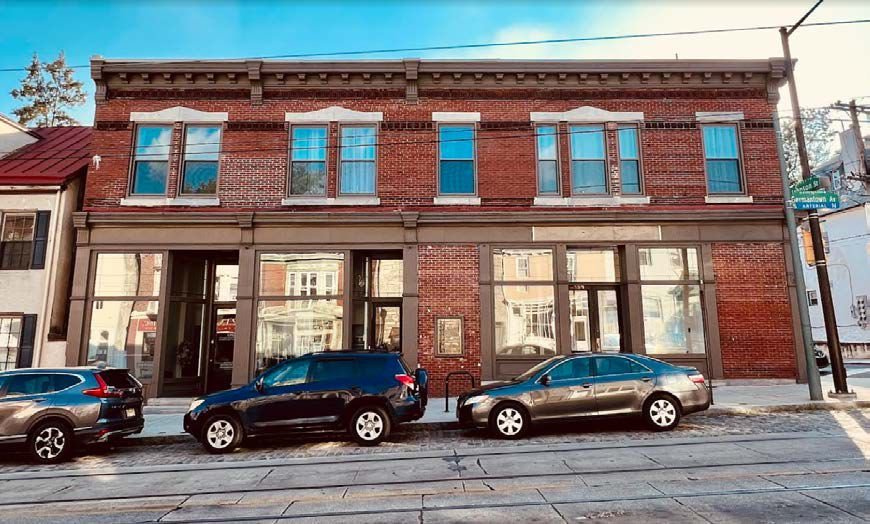 Civic leaders and preservationists succeeded in saving the Joseph P. Bolton Store and Residence at 4841 Germantown Ave. from near certain demolition on Thursday.

The property was nominated by SoLo Germantown Civic Association to the Philadelphia Historical Commission’s historic register just days after a developer, Venture Philly, obtained a zoning permit to build a new four story apartment building on the site. After a lengthy and contentious discussion commissioners agreed to designate the property, which had approximately 30 pieces of written testimony submitted in support from members of the public, as historic.

The corner is a “gateway” to the East Logan/Fisher's Lane Historic District, said SoLo president Allison Weiss. It’s also in close proximity to the Henry House to the west, and Hood Cemetery to the north, both of which are also designated as historic.

The nomination was based, in part, on how it “reflects the environment in an era characterized by a distinctive architectural style.” Preservationist and historian Oscar Beisert, who contributed to the nomination, called the building “an important example of the Second Empire style.”

“It provides historic context on the style in Philadelphia and specifically the application of the style in Germantown,” he said. “The building also stands at a very important corner.”

The developer lobbied against the historic designation at the hearing.

“Venture Philly invested a great deal of time, thought, collaboration and financial resources into redeveloping the property,” the development team’s attorney, Neil Sklaroff, wrote in a letter addressed to the Historic Commission. “Listing the property on the Register will frustrate those efforts and accrue to no one’s benefit.”

Beisert said that the nomination was justified, adding that he wouldn’t be opposed to development on the property if it came in the form of an addition.

“The nomination was not filed to block development,” he said. “It was filed to protect a historic building.”

Numerous neighbors and stakeholders spoke in support of the Bolton Store and Residence’s designation.

“For 40 years I have loved this building,” said Ann Marie Doley, a near neighbor and community activist. “I knew this building was special because it was beautiful, historic and unique.”

“I moved to Germantown because of the historic architecture and character of the neighborhood,” said Laura Lacy, who owns Attic Brewing Company, located at Berkley Street and Wayne Avenue in Wayne Junction. “To say [the building] is not important really speaks to the owner prioritizing profits over preservation.”

Aaron Wunsch, an associate professor at the University of Pennsylvania’s Stuart Weitzman School of Design, called the building “important” in testimony submitted to the Historic Commission.

“Bookending a small, brownstone-clad row at the corner of East Logan Street, it blends Italianate and Second Empire elements in a sophisticated manner while introducing a fashionable material to a venerable thoroughfare,” he wrote. “More significant, however, is the building’s contribution to one of the most historic and intact intersections in Lower Germantown.”

Paul Steinke, executive director of The Preservation Alliance for Greater Philadelphia, urged the development team to consider neighbors’ sentiments for the building and save it from demolition.

“Don't they want to be good neighbors?” he said of the development team. “This is an opportunity to send a message to the development community that the historic character of Germantown must be considered as they consider investing in the area.”

Requests for comment the Local sent to Venture Philly and Sklaroff were not returned.

The Philadelphia Historical Commission also designated two other properties in Northwest Philadelphia Thursday, one of which is the Jesse A. Tilge House, located at 221 W. Upsal St. in Mt. Airy.

The nomination, filed by the commission’s executive director John Farnham, argued that the home was historically significant because it embodies distinguishing characteristics of an architectural style, which, in this case, is Queen Anne style. According to Farnham, the building is also historically significant because it’s the work of George T. Pearson, an architect whose work has significantly influenced the historical, architectural, economic, social, or cultural development of the city.

J.F. Rausenberger’s BeeHive Meat Market, located right on the border of Germantown and Mt. Airy at 6376 Germantown Avenue, was also designated by the commission.

That nomination, filed by Beisert, contends that the building is worthy of designation because it’s “an important commercial building representative of the cultural, economic, social and historical heritage of the Germantown community.” It reflects an era of commercial architecture that is characterized by eclectic designs, influenced by the High Victorian Gothic and Queen Anne Revival styles in late nineteenth century Germantown, he wrote, and “embodies distinctive characteristics of a Victorian vernacular applied to commercial buildings in the late nineteenth century.”