Leon Tilson Burrows, the newly appointed Organist and Choirmaster at Grace Epiphany Episcopal Church in Mt. Airy, is a nationally recognized organist who brings a wealth of preparation and experience … 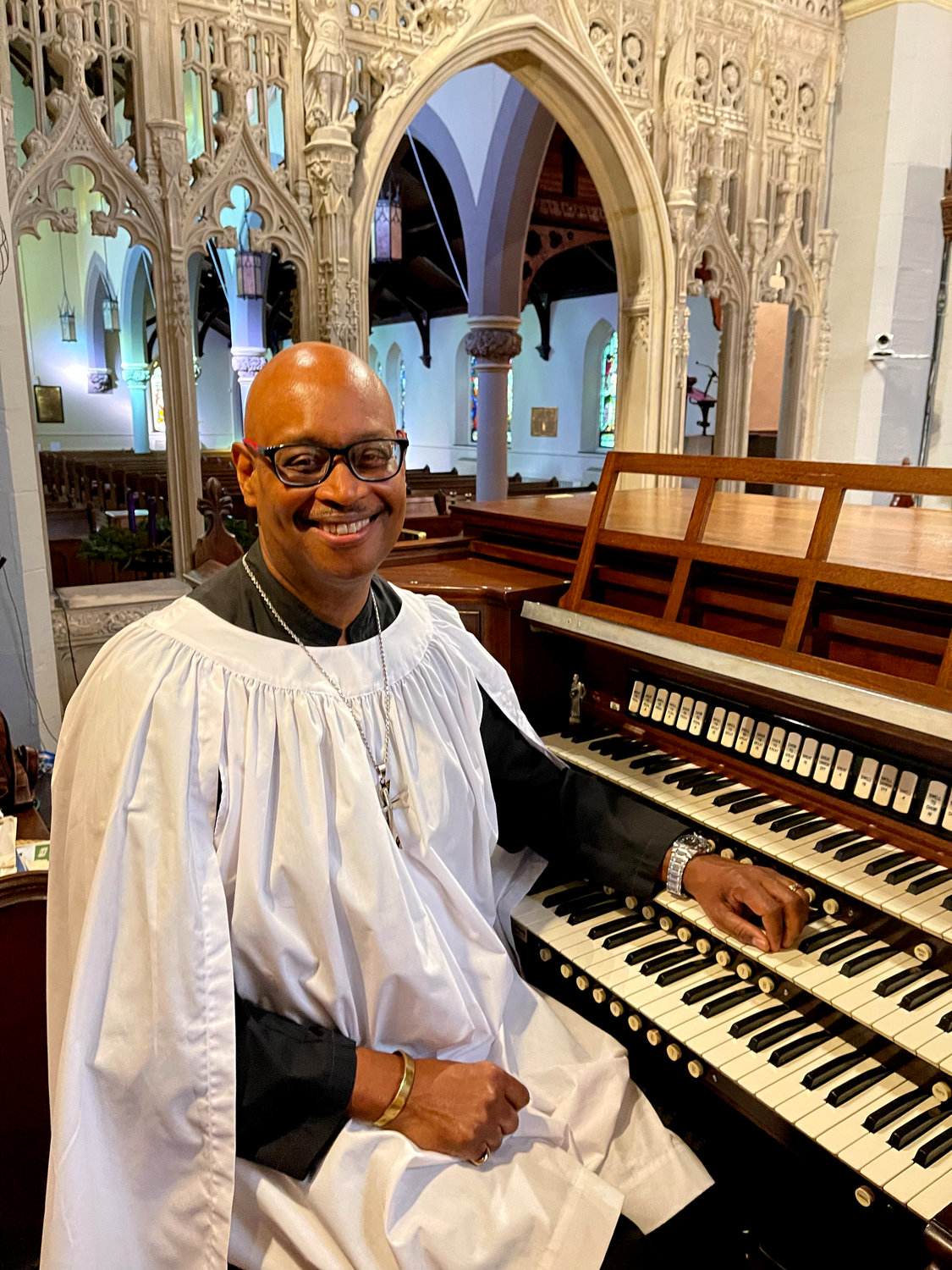 Leon Tilson Burrows, the newly appointed Organist and Choirmaster at Grace Epiphany Episcopal Church in Mt. Airy, is a nationally recognized organist who brings a wealth of preparation and experience to his new position.

With a broad knowledge of liturgical musical traditions, Burrows has trained and conducted choirs and chamber ensembles across the country.

“His accomplishments as an organist are exceptionally strong and the Grace Epiphany community is blessed to have his unique expertise,” said the Priest at Grace Epiphany, Father Darrell Tiller.

Dr. Burrows holds advanced degrees in music and theology, including the M.Div. and Master of Music from Yale Divinity School and Yale School of Music; and Master’s Diploma in Pastoral Studies and Church Music Studies from Yale University’s Institute of Sacred Music, where he was awarded the Hugh Porter Prize for Academic Excellence in the Dual Disciplines of Theology and Sacred Music. He also holds the Doctor of Ministry from the United Lutheran Seminary in Philadelphia.

Previously, Burrows served as the Senior Church Organist and Director of Music at Salem Baptist Church in Roslyn, PA, as regular organist for the New Jersey Episcopal Dioceses events at Trinity Episcopal Cathedral in Princeton, NJ, and as Chaplain at Smith College in Northampton, MA and Amherst College in Amherst, MA.

One of the things that drew Burrows to this position was the extraordinary 102 year-old E.M. Skinner organ that resides in the chancel at Grace Epiphany.

“When I sat to play it for the first time, I reminisced at how much it sounded like the Skinner organ at Yale Divinity School Chapel,” Burrows said.

Tiller said he is thrilled. “I was so excited when he accepted the offer to join us in our quest to develop a robust and innovative music program that speaks to the diversity of God’s people.”

The Grace Epiphany community invites you to join them on Christmas Eve at 4 p.m. for the First Annual Carols from Grace, where you will be able to hear Burrows play the magnificent organ.

The church is located at the corner of Ardleigh and Gowen Streets. For more information, call (215) 520-0338 or email dltiller@gmail.com.