Comcast, the internet giant, has given a $10,000 grant to the Creative Healing Teen Center in the Flourtown Commons, which provides therapy for troubled teenagers. 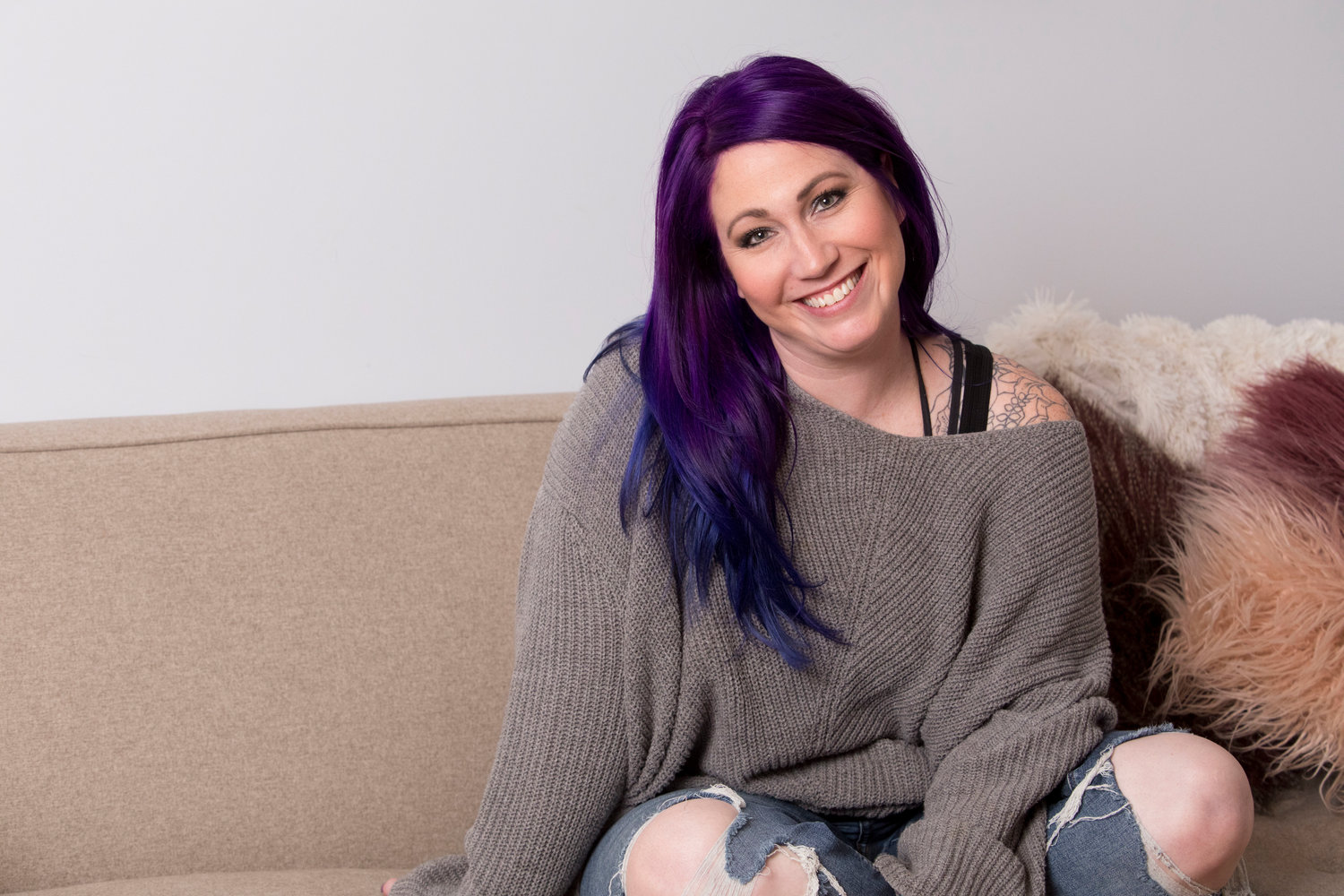 Katie May started the Creative Healing Teen Center in Flourtown in 2017 after several years as a solo therapist.
Posted Thursday, August 25, 2022 12:00 am
by Len Lear

Comcast, the internet giant, has given a $10,000 grant to the Creative Healing Teen Center in the Flourtown Commons, which provides therapy for troubled teenagers, specializing in treating young people who engage in self-harming behaviors or harbor suicidal thoughts.

“Kids harming themselves is not new,” said Katie May, 40, owner and executive director of the Flourtown center she started in 2017 after several years as a solo therapist. “Expertise in the field started developing in 1993. When I was in middle and high school, these things were happening, but it was a much more taboo subject then than it is now. It is more talked about now but without the shame.”

According to a number of studies in recent years, self-harming behavior among teenagers is becoming increasingly common. A recent analysis of data from the Centers for Disease Control reveals that up to 30 percent of teenage girls and 10 percent of boys say they have intentionally injured themselves.

One study found that almost 25 percent of young people have engaged in self-harm. These rates represent a steep rise over the past 10 years, especially among girls. The most common triggers for self-harm are mental health issues, trauma, eating disorders and substance abuse.

May grew up in Springfield, Delaware County, and now lives in Ambler. She earned a degree in journalism from West Chester University, a master's degree in counseling from Villanova University and is one of only 10 therapists in the state of Pennsylvania who are certified in dialectical behavior therapy, a specialized treatment for suicide and self-harm. Her group practice in Flourtown now includes 16 other therapists.

The usual length of therapy treatment is 18 to 24 weeks, once or twice a week, almost one hour for each session, May said.

Does the ubiquity of social media make matters better or worse for troubled teens?

“Social media has both pros and cons,” May answered. “On one hand, the internet can be a safe space for LGBTQ folx who don't otherwise have support. On the negative side, because of social media, bullying is worse because the negative comments spread so quickly and can do so much harm.”

Clients are referred to the center from  all over the city and suburbs. About 50 percent participate in therapy sessions online.

“My goal,” May said, “is to help teens not feel wrong, bad or different for their emotions or life circumstances. We are nonjudgmental.”

When asked about behaviors that are clearly “wrong” and “bad” like violence or stealing, May said, “We do not deal with violent offenders. When it comes to something like stealing from their parents, we have to get to the root of the problem, what is under the surface causing the behavior and deal with that. For example, a teen who is depressed might steal money from parents to buy marijuana. We have to deal with the cause of the behavior, not just the behavior itself.”

There is an illuminating video on the Flourtown center's website in which May says, “It takes more than two hands to lift up a teen … and to help parents learn that teens do not make changes in a vacuum.”

According to Jennifer Bilotta, vice president of communications for Comcast, awardees are chosen by an independent third party based on their responses to the questions asked in the application.

Questions include “tell us how your business was impacted by the pandemic, or what will you do with the grant money if chosen.” she said.

For more information, call 215-948-3546 or visit creativehealingphilly.com. Len Lear can be reached at lenlear@chestnuthilllocal.com