Nationally, about 18 percent of people over the age of 40 request green burial services or products. 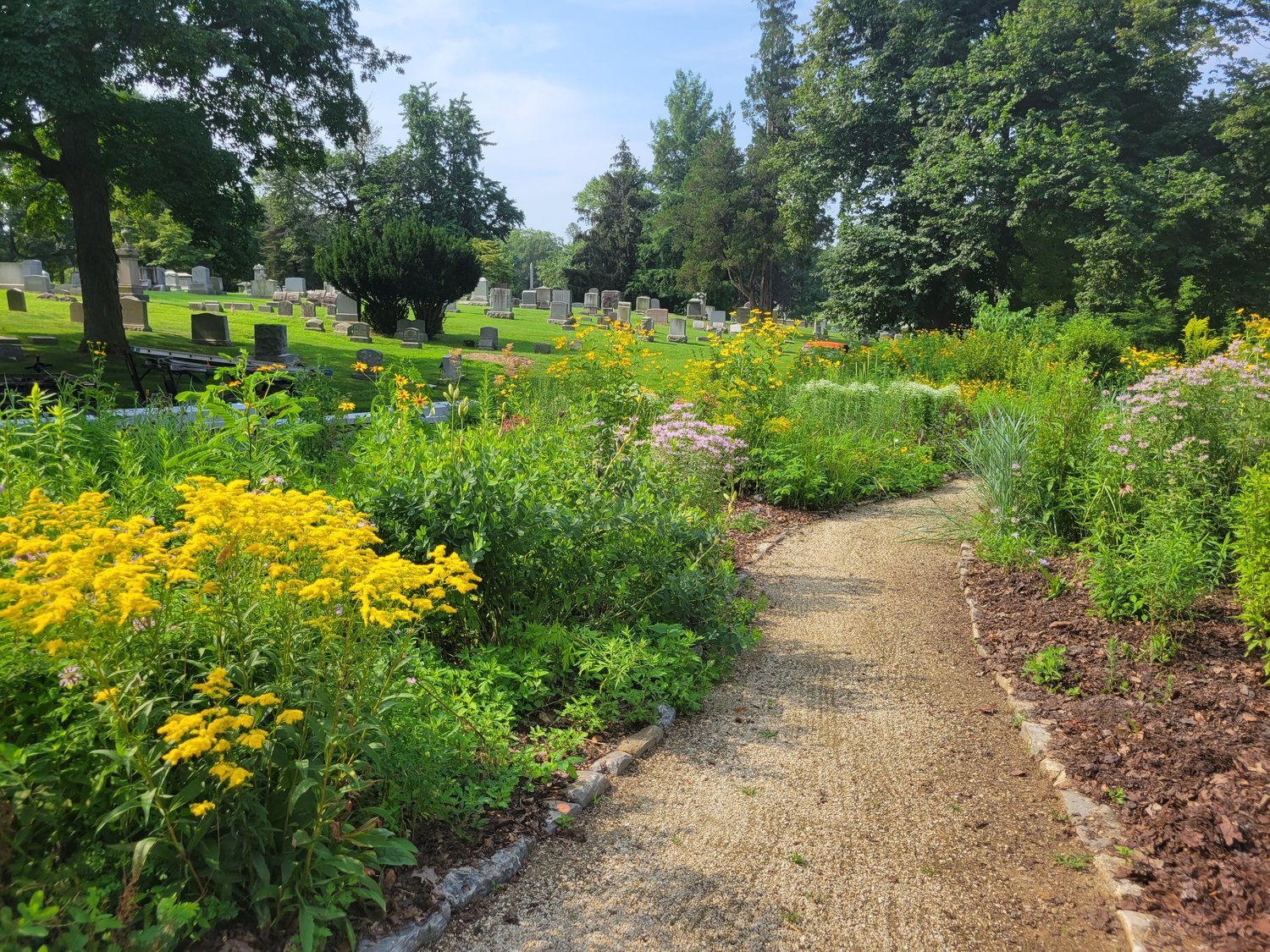 The 21st century has done away with a lot of last's century customs and rethought many of its social practices, including those around life's inevitable end.

Fifty years ago, for instance, open caskets and full funeral services were more common than not. But today, people are more likely to process grief with more positive, perhaps even  idiosyncratic celebrations of life. With that celebration comes a greater acknowledgement of one's role as being a "part" of life.

So it’s no surprise that natural, or “green” burials are growing in both popularity and the public's awareness. According to local funeral directors, people are increasingly concerned about the impact that the traditional method has had on the earth.

“The benefit of a green burial is that the family can have their loved one returned to the earth naturally, with no embalming,” said Randy Lownes, supervisor of Lownes Family Funeral Home in Lafayette Hill. “The drawback is that there are not many cemeteries that will allow a true green burial."

There is, however, a great option close by. Laurel Hill Cemeteries has been offering green burial choices since 2008, when it embraced the concept of the “triple bottom line,” in which people, planet and profit are treated equally.

The first is “Nature’s Sanctuary,” where only biodegradable or environmentally friendly caskets, shrouds and urns are buried. It is located in West Laurel Hill Cemetery, which is located in Bala Cynwyd and is the oldest and the most established. According to Deborah Cassidy, director of sales marketing and family services, there are currently 73 people buried there, and another 258 have purchased spots for the future.

Cassidy said the cemetery has already begun selling lots at Valley View Green, its second green burial area located in East Falls. But this one won’t be ready for use until September or October, as construction is scheduled to begin next month.

But demand is growing so fast that Laurel Hill Cemeteries are now planning a third Green burial section, Cassidy said.

“I would say we are selling approximately 50 properties per year,” she said. “Right now, about 18 percent of people over 40 request green burial services or products, nationwide.”

When an embalmed body is buried, the chemicals used in the traditional embalming process -  formaldehyde, phenol, methanol, and glycerin - eventually seep into the ground, where they eventually find water. Formaldehyde, in particular, can bond with moisture in the atmosphere and eventually become rain and snow. Cremation isn’t much better, as the extremely hot temperatures require a lot of fuel, and the smoke releases chemicals into the atmosphere.

In a green or natural burial, the deceased is neither embalmed nor cremated, and the wrap or coffin is assembled with biodegradability in mind. There is no concrete vaulting in the grave, and after the grave is filled in, the cadaver is left to naturally decompose.

Today, there are even "mushroom suits" for those fashion forward thinkers who want to accelerate the earth's cycle of eternal return. These suits, which are typically substituted for a traditional coffin, rapidly transform the body into enzymes, eliminating toxins while returning “dust to dust.”

Burial at sea is yet another option for a greener choice than traditional burial.

Peake, supervisor of Craft Funeral Home of Erdenheim, said he hasn't had a request for one of those in over thirty-plus years, and that there is a lot of coordination with the U.S. Navy involved. Lownes agreed, saying that burial at sea is a possible, but "lengthy process."

According to Lownes, green burials are almost always less expensive than traditional ones. The expense of a funeral depends on the particular arrangements selected by the family, but Lownes estimated that today a "green burial may cost $3,500, compared to a traditional funeral at $11,000."

David V. Peake, supervisor of Craft Funeral Home of Erdenheim, said that savings are usually found at the cemetery, as the cost of a funeral home service is similar to that of a traditional burial.

“Green burials are hand-dug, therefore that is more labor intensive,” he said. “I do not see that cost difference shrinking in years to come."

But Lownes said he expects those costs to rise over time.

"Costs for green burials will go up each year as it becomes more popular - cemetery costs will rise quite fast because they are unregulated with the state," he said.

Funeral homes are governed by the Federal Trade Commission, so they are required by law to provide a General Price List, which details a list of services and merchandise the funeral home offers.

Green burials aren’t just for people. West Laurel Hill in Bala Cynwyd also offers aquamation, a process sometimes known as “liquid cremation” for pets. The state of Pennsylvania has not approved that process for humans, she said, so for now it’s only available for our four-legged friends.

But that too is in hot demand.

“We just opened our pet services about three years ago, and we have currently conducted 90 aquamations,” Cassidy said.