I happened on John Kaag's "American Philosophy: A Love Story" back in 2016 and immediately became a fan of this young philosophy professor. 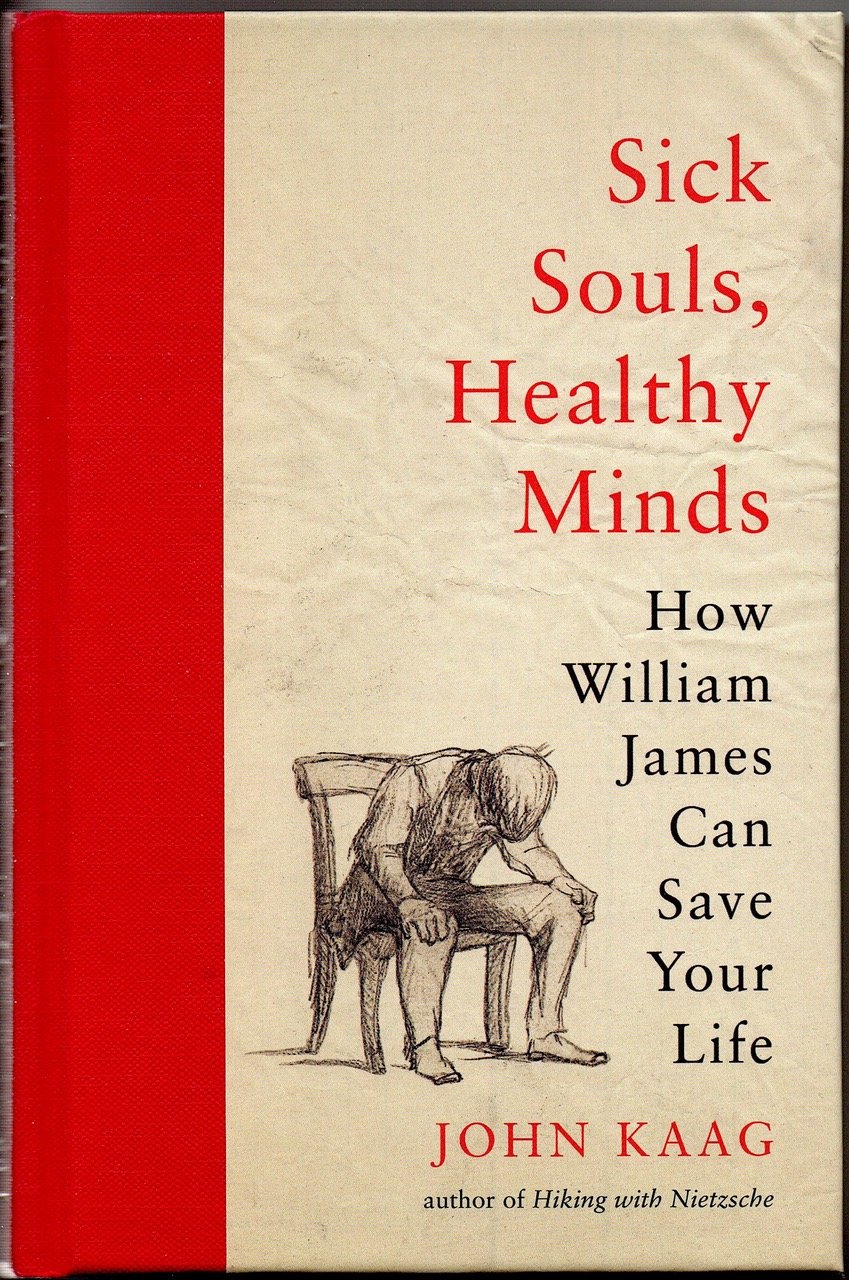 I happened on John Kaag's "American Philosophy: A Love Story" back in 2016 and immediately became a fan of this young philosophy professor (University of Massachusetts, Lowell). The book relates how Kaag undertook to save the neglected, somewhat abandoned, library of one of the founders of American academic philosophy, William Ernest Hocking. The task was immense. Unhappy, somewhat despondent, and divorced, he invited an also-divorced female colleague, Carol Hay, to work with him on the project. At first, Kaag was motivated by the philosopher William James' famous question, "Is life worth living?" The answer seemed clear when he and she fell in love and got married. Between the stories of John's rescuing the old books, and Carol's rescuing him, the book was almost delirium-inducing to history-of-ideas buffs (yours truly included). I named it my Book of the Year in this column's annual Reading Roundup. Surprisingly, NPR followed suit.

In 2019, I pounced on Kaag's follow-up book, "Hiking with Nietzsche: On Becoming Who You Are." As before, the title was intriguing and it promised to blend the author's personal life, once again, with that of a great philosopher. In this case, he was on the trail of two 19th-century muscularly romantic brooders, Friedrich Nietzsche and Richard Wagner. This time, however, the personal gets heavier and, in a way, sadder.

The book centers on a family trip to Europe with Carol and their daughter, Becca, where John will attempt to reignite his passion for philosophical insights into Nietzsche. Along the way, he reveals that his life has been marked by depression and loneliness and mania. He'll revisit his own youth while "researching" Nietzsche. Among other extreme tactics, like many a prophet before him, he'll fast in the desert, as it were, by indulging his heretofore unrevealed tendencies toward bulimia and/or anorexia to enhance his vision quest. He almost dies in the Alps in the process.

By the end of the book Carol is pretty fed up. Some more relaxed companionship would be nice. She also has her own professorial career – as a scholar who's inclined toward the more methodical philosopher, Immanuel Kant. In fact, Kaag, whose Romantic philosopher bent finds Kant repellent, takes at a certain point to referring to her, not by her name but as "the Kantian." John, head in the clouds, is faced with the ages-old classic philosophical question: Whose turn is it to take care of our child?"

At the end of this book, Kaag fans were undoubtedly compelled to wonder: What will become of this marriage? And there the episode would end, leaving one guessing, unless they lived in Lowell and had access to the faculty gossip mill. John has saved us the trouble, however, by publishing this year, "Sick Souls, Healthy Minds: How William James Can Save Your Life."

The woods of philosophy get lovelier, darker and deeper this time. Essentially this book attempts to explain the evolution of William James' understanding of the principles of human psychology. That challenge is intensified by showing how James' ideas emerged from the struggles of his fragile body and neurotic psyche to grope with fundamental psychological questions. Principally, he needed to answer whether humans were determined by outside forces to be who they are, or had free will to do what they chose.

John Kaag runs his own psychic dilemmas alongside James's again. He too suffers from excruciating self-doubt, self-centeredness, and self-awareness. In addition, he needs every bit of self-discipline he can muster to accept the necessity of his getting divorced from Carol-the-Kantian. And co-raise their daughter, Becca. That's a lot of selves. Along the way he finds his mellow by invoking his fellow neurasthenic, William James, whose path to self-fulfillment lay in casting aside all the doubts he'd trained himself to raise and saying, in the end: Choose a path and follow it. Then the mind, and even one's heart rate and tension level, will settle down. In a quite serious way Kaag says the Nike slogan, "Just do it," is heavier than that company knows.

That's what he wants his readers – or, at least, those persons who wonder how to live a worthwhile life – to know. Kaag is aware that his grand conclusion sounds trite, but he means it the thinking man's way. Unfortunately, his need to tell his readers how to be like him makes his book sound like a self-help book. Which in a way, it is meant to be. He's been writing articles about the philosophical and psychological benefits of doing yoga, for example, which he's taken up in recent years.

It's very common for individuals who discover something for themselves, as he has, to assume they're the first to discover what they've learned. I'm glad I read it, for I learned a lot about William James and some more about John Kaag, but it was a slog. I'll read the next one too, if there's one, but if they're anywhere near as unnecessarily preachy as this one, I'll pass after that.

Hugh Gilmore says he brakes for philosophy, just so it's not so thick you can't spoon it. He lives in Chestnut Hill and has reviewed books for dozens of newspapers around the country.