Valerie Ogden was so inspired by Apollo that she wrote a book about him, “Saving Apollo.” 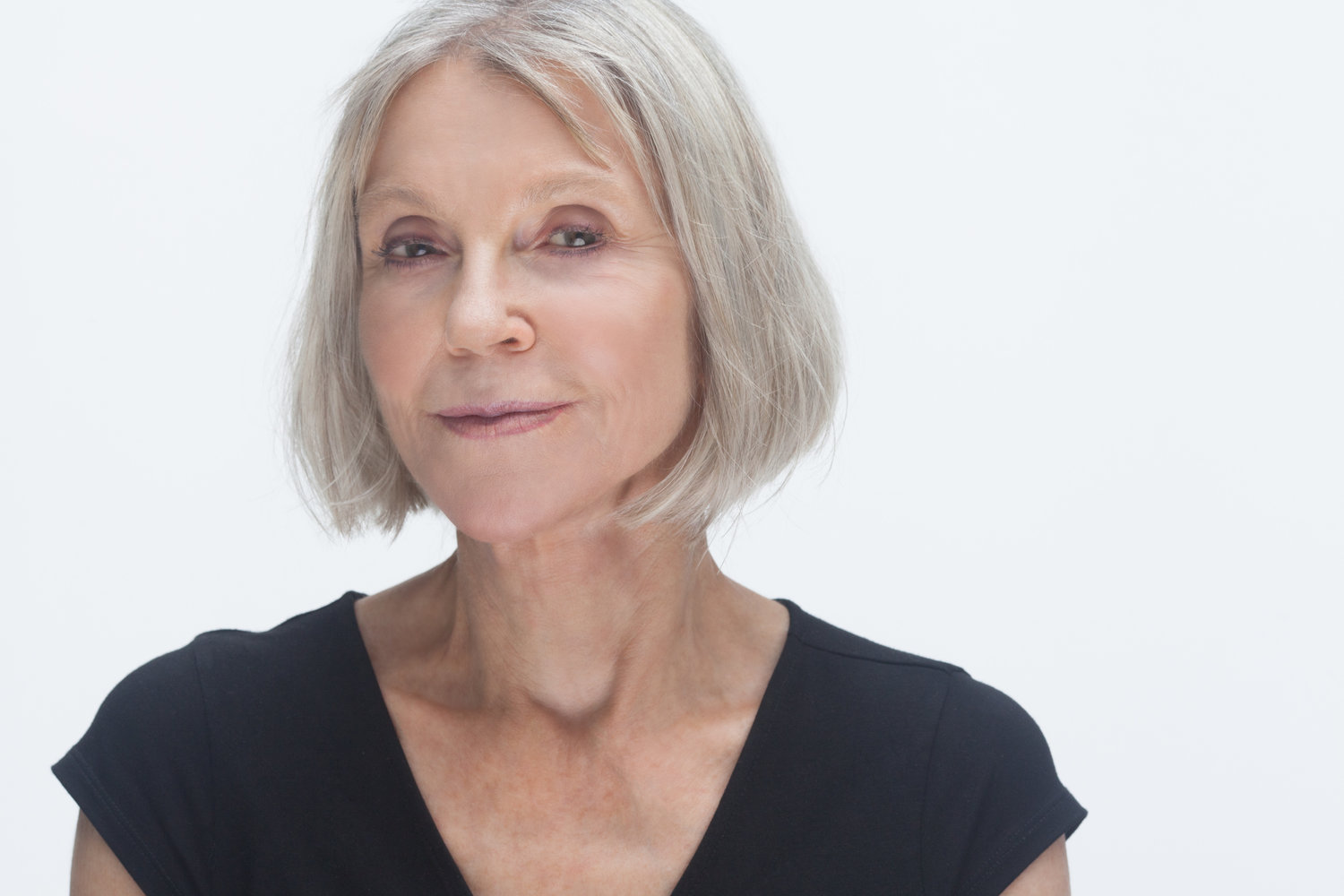 Author Valerie Ogden is a native of Connecticut, but she has lived in Chestnut Hill for the last 40 years.(Photo by spain grey aka Amy Buckenmayer) 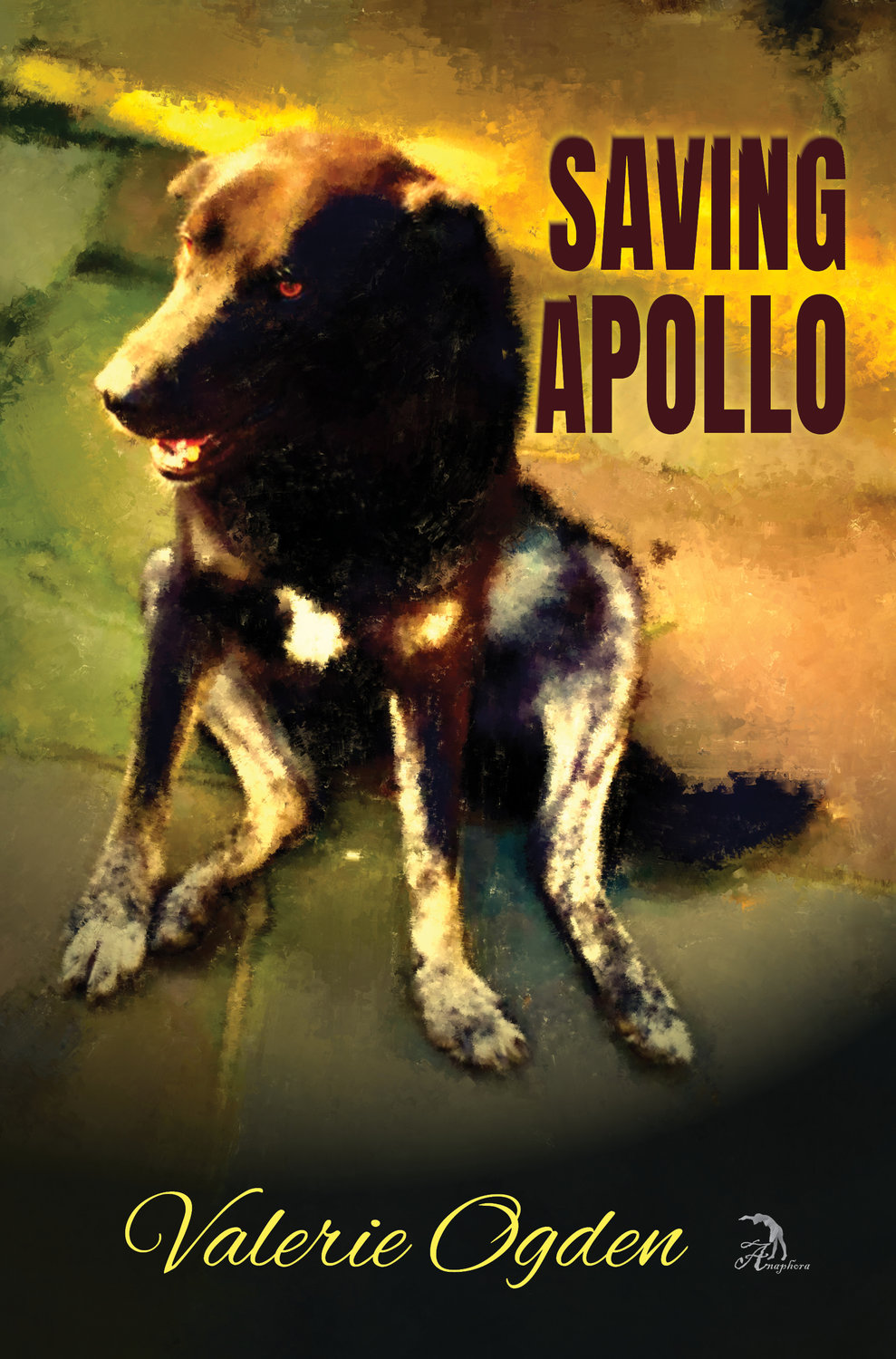 A Chestnut Hill resident for the last 40 years, Valerie Ogden has always been an animal activist. Ogden, who said her age is “between 70 and death,” is the past chairperson of the Mayor’s Animal Advisory Committee for the City of Philadelphia and president of the Board of Directors for the Pennsylvania Society for the Prevention of Cruelty to Animals,

Ogden, widow of fearless prosecutor Walter Phillips, who died in 2015 at age 76, was asked to greet non-commissioned Iraqi “war dogs” who protected U.S. military personnel flying in from Beirut, Lebanon, as they were reunited with their U.S. service owners in Philadelphia a few years ago.

Apollo was one of the dogs. After this canine hero was mistreated in the U.S., Ogden took him in, and starting in 2018 he lived with her permanently in Chestnut Hill. Born into misery in a bombed out Kurdish town in Syria, shot in front of a cathedral that was a refuge for Christians fleeing ISIS and then gruesomely injured in Iraq by a landmine, clandestinely transferred to Lebanon and rejected in the U.S. until Ogden interceded, Apollo never gave up.

Ogden was so inspired by Apollo that she wrote a book about him, “Saving Apollo,” that was just released June 1 by a traditional publisher, Anaphora Literary Press. According to the author, the book “is a parable for all ages about a forsaken dog who always opens his heart and turns darkness into light as he searches for a permanent home and country. While one simple animal, Apollo’s experiences symbolize something larger than himself. His story offers a powerful message of hope and an upbeat remedy for despair.”

According to dog lover Ed Rendell, former Governor of Pennsylvania and Mayor and District Attorney of Philadelphia, “'Saving Apollo' is a heart-wrenching but uplifting story of war, courage and hope. This gripping account of a dog’s astounding adventures and survival spans continents and political chess games ... The narrative highlights that incredible and very special bond between dogs and humans.”

The book, a page-turner, is told in the first-person “voice” of Apollo. According to Ogden, Apollo, “one of the most special dogs I've ever seen,” was limping when she took him in because he had never received veterinary care in Iraq for his severe injuries.

“Nothing could contain him,” she said, “I put up an electrical fence, but he kept getting out just about every day. Neighbors would call and say they had him. Once I got a call from a couple that was visiting Philly from Wisconsin. They were at the Rocky statue feeding Apollo hot dogs! He had gotten out and went all the way to the Art Museum, so I went down there to pick him up.

“He had incredible fortitude. Life was such a joy to him. He was part-wolf and looked menacing, but he was an 80-pound lapdog. So many macho guys wanted to adopt him. He had an operation on the leg that took six months to heal. But eventually his 'plate' slipped, and that killed him. Apollo was only 3 when he died.”

Ogden, former treasurer of the 9th Ward Democrats and former New York security analyst, was at one time editor of the “Best Bets” column for House & Garden magazine. A Connecticut native, she came to Philadelphia in the 1970s when her late husband, Walter Phillips, was appointed in 1974 by then-Pennsylvania Gov. Milton Shapp to investigate corruption among Philadelphia police and public officials. Phillips wound up bringing 59 corruption cases to court, including one that led to the conviction and jailing of former State Sen. Henry “Buddy” Cianfrani for racketeering and mail fraud.

Valerie has also been a professional actress, having been in movies and on television in soap operas, commercials and “America's Most Wanted.” She once auditioned with Sylvester Stallone for parts in Shakespeare's “Richard III.” Neither one got a role.

Ogden authored two previous books. The first was a cookbook in 2005 that featured recipes from a bed-and-breakfast she ran in New Hope for 13 years. Of course, there were many animals in and around the house.

The other book could not have been more different: “Bluebeard: Brave Warrior, Brutal Psychopath,” which I read after it was published in 2014. It was a terrifying true story of a 15th century French noble who fought alongside Joan of Arc but who also became one of the most lethal serial killers in history, having killed more than 1,000 victims, mostly young boys. (He confessed and was hanged in 1440.)

For more information: saving-apollo.com. Len Lear can be reached at lenlear@chestnuthilllocal.com