Chestnut Hill poet, author and college professor Martin Wiley has a new book of poetry, “Just/More,” that “reflects the joys and pains of being a Black father in these times.” 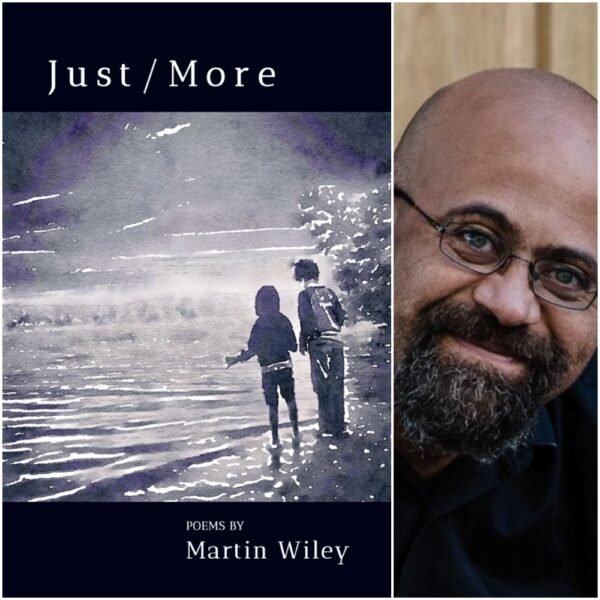 Chestnut Hill poet, author and college professor Martin Wiley has a new book of poetry, “Just/More,” with a traditional publisher, Finishing Line Press, coming out soon that “reflects the joys and pains of being a Black father in these times.”

Wiley earned an MFA from Rutgers Camden in 2012. He is a long-time poet and activist, having been a founding member of the South Philly Co-op. He has spent several years working on issues related to incarceration, homelessness, anti-war actions, feminism, voting rights and community organizing. “I am very fortunate,” he told us, “that the work I now get paid to do is related to the work I spent many years doing without being paid.”

Germantown's Yolanda Wisher, author of “Monk Eats an Afro” and the third Poet Laureate of Philadelphia, said, “If ‘every word is a war’ on the news, then Wiley's poems are daisies in the guns pointed at us daily … This long song meditates on how children fill the gaps in our broken hearts and light the way to our backstories.”

When Wiley was starting out, he shared his poems with another poet he greatly admired, Eliot Katz. “I gave him a stack of poems … and forgot about it. Some time later I received in the mail my poems with tons of notes scribbled on them, a long letter and pages and pages of poems by people I’d never heard of, some of whom are now in my favorite poets' list. I asked later why he had put so much effort into someone he didn’t know. He just said, 'That’s what poets do.' That had a big impact on me.”

Wiley is an adjunct professor at Rosemont College's MFA Program, and he is the Adult Learning Lead Instructor for Project HOME, whose programs offer permanent, subsidized housing for individuals and families who have been homeless and offer help with other issues. Wiley's work has appeared in journals like Apiary, Philadelphia Stories, The Northern Virginia Review and several others.

The Free Library of Philadelphia selected one of his poems for its inaugural “Cultureshare” program, and Asian Arts Initiative hung one of his poems on canvas as a work of art in its gallery show, “A More Perfect Union,” celebrating the 50th anniversary of the Loving vs. Virginia Supreme Court decision that legalized interracial marriage.

A New Jersey native, Wiley lived with his family in West Philly and South Philly before moving to Chestnut Hill “to be in the green, to have space to actually have visitors, to be in a community in a new way, to be closer to the Wissahickon and all that it offers. Having a yard allowed us to have a dog, to have space and use that to create and reinforce connections.”

When asked what was the hardest thing he ever had to do, Wiley, who lives with wife Christy and children Itzela, 12, and Elio, 8, said, “I have been sober for 21 years. Everything else may be difficult, but it would be impossible without that.”