An overwhelming majority of Chestnut Hill residents dislike the color and the brightness of the neighborhood’s new LED streetlights. 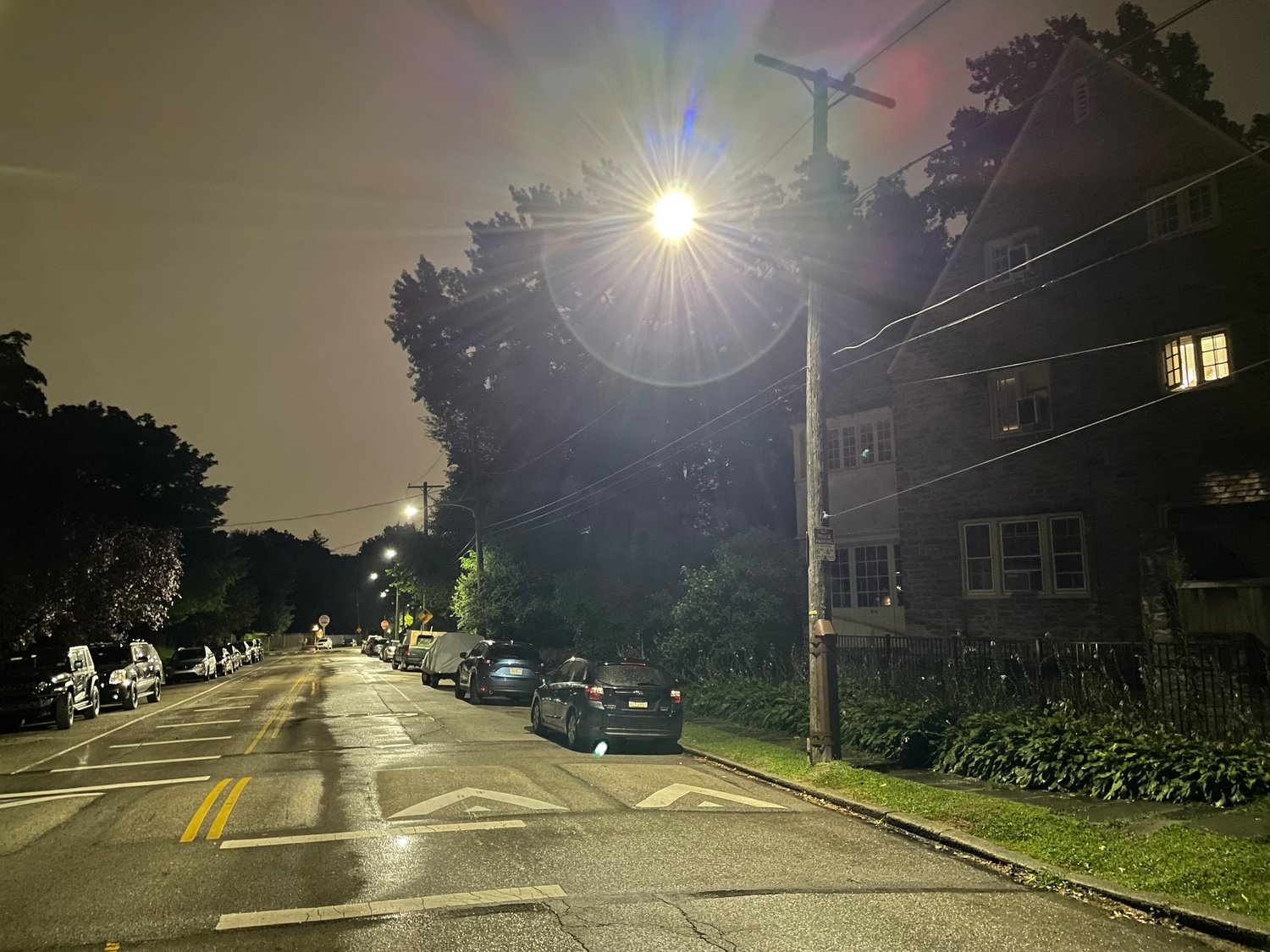 The results are in - an overwhelming majority of Chestnut Hill residents dislike the color and the brightness of the neighborhood’s new LED streetlights, according to the Local’s online survey, which readers can find at chestnuthilllocal.com/streetlightsurvey.

The lights are part of a city wide initiative to replace energy inefficient high pressure sodium street lights with new LED fixtures, a move which is expected to save money and reduce the city’s carbon footprint. Residents report overwhelming support for this initiative.

Their problem, they say, is with the color and intensity of the replacement fixtures that the city has chosen. The color of light is measured in Kelvins, and ranges from warm yellowish tones, which have a lower Kelvin rating, to a colder blue light, which have higher ratings and appear to the naked eye as an extremely bright white.

The Local spoke with several healthcare professionals who responded to the survey who said they worry about the long-term health impact of the blue light.

“The brighter and more blue the light, the more it suppresses the production of melatonin, which messes with circadian rhythms,” said Mark Berger, a cardiologist who lives on Waterman Avenue. “We’ve known for a long time that there are health consequences to this - and none of them are good.”

Berger said exposure to blue light has been linked not just to insomnia, but also to depression, obesity and cardiovascular disease.

“We appreciate that the city wishes to reduce cost and increase safety. Who could argue with that?” Berger continued. “But it can be done in a way that doesn’t adversely impact health. Shifting to a warmer part of the light spectrum would help a lot.”

“People hear that blue light messes with circadian rhythms and think that’s not a big deal,” Green said. “What they don’t understand is that the health consequences go well beyond sleep.”

The disruption caused by blue light changes a number of hormone levels in the body, Green said, which can have a profound impact on well-being.

“It’s about not getting sleep, yes, but it’s also about what it does to mood and productivity,” she said. “Doing this across an entire city - think about what kind of impact that could have across the population.”

Still others worried about the health impact not just on humans, but on birds and other forms of wildlife.

“I didn’t want to complain about the lights,” wrote one respondent. “But I realized recently that the birds have been waking me up at 3:30 in the morning, which only started happening when the lights were replaced.”

Deputy Street Commissioner Richard Montanez has said the new lights will improve safety, as nighttime activity shows up more clearly on security cameras under the bluer light. He also said the city is planning to install technology that will allow specific lights to be dimmed on demand, but that there are no plans to change the color of the fixtures.

“The new ice white light, 18000 lumens, is blinding; it makes shadows, in contrast, darker than they ever might be,” wrote one. “It appears that the extensive data on what type of lighting increases safety was not used to inform the lighting choice.”

“They make it so hard to see that the glare can hide other people from view - not exactly an effective anti-crime tactic,” wrote another.

“When I've walked home at night recently, I've had to shade my eyes in order to see what's across the street in the vacant parking lot and to get a good, safe view of plantings and parked cars,” wrote another. “The effect is the exact opposite of what I think the city intends.

Beyond health and safety, character matters too, some respondents said.

“Horrible! They remind me of a high security prison or military installation,” another wrote.

“Why is my residential street lit like a football field night game whereas Germantown Avenue, a main artery, is lit with half the lumens that have been imposed upon my block?” a resident of Mermaid Lane wrote.

Still others wondered what it would do to the community’s historic status.

“Chestnut Hill is an internationally known National Historic District and this sort of lighting is antithetical to the nature of this World Heritage City resource,” wrote one.

“What will this do to the historic garden district?,” wrote another. “I assume it will make it feel less historic, and have less gardens.”

Finally, many respondents complained they’d been left out of the decision-making process.

“The new lights are atrocious, did anyone get to see them before the city bought them?” one respondent wrote.

“This change was executed virtually in secret,” wrote another. “There was a public hearing, I gather, but where were the notices about it? And who would have been heard in such meetings other than smug "experts" who are unaffected by the conditions they create for others?”