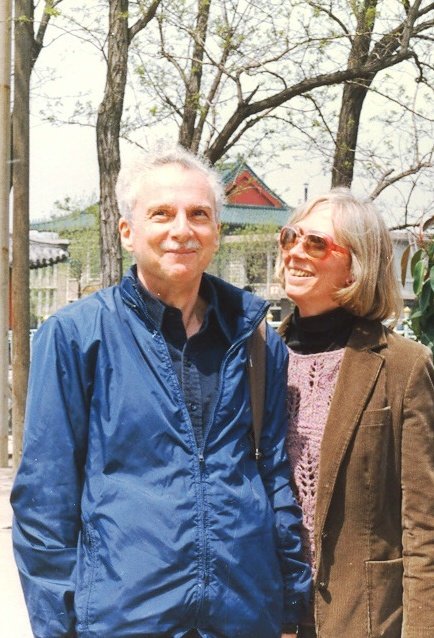 Dr. Nathan and Carole Sivin, who lived across the street from Pastorius Park for more than 40 years, were brilliant intellectuals who were also gracious and lived simply without a car or even a bicycle.
Photo by Susan Naquin, a professor emerita at Princeton University 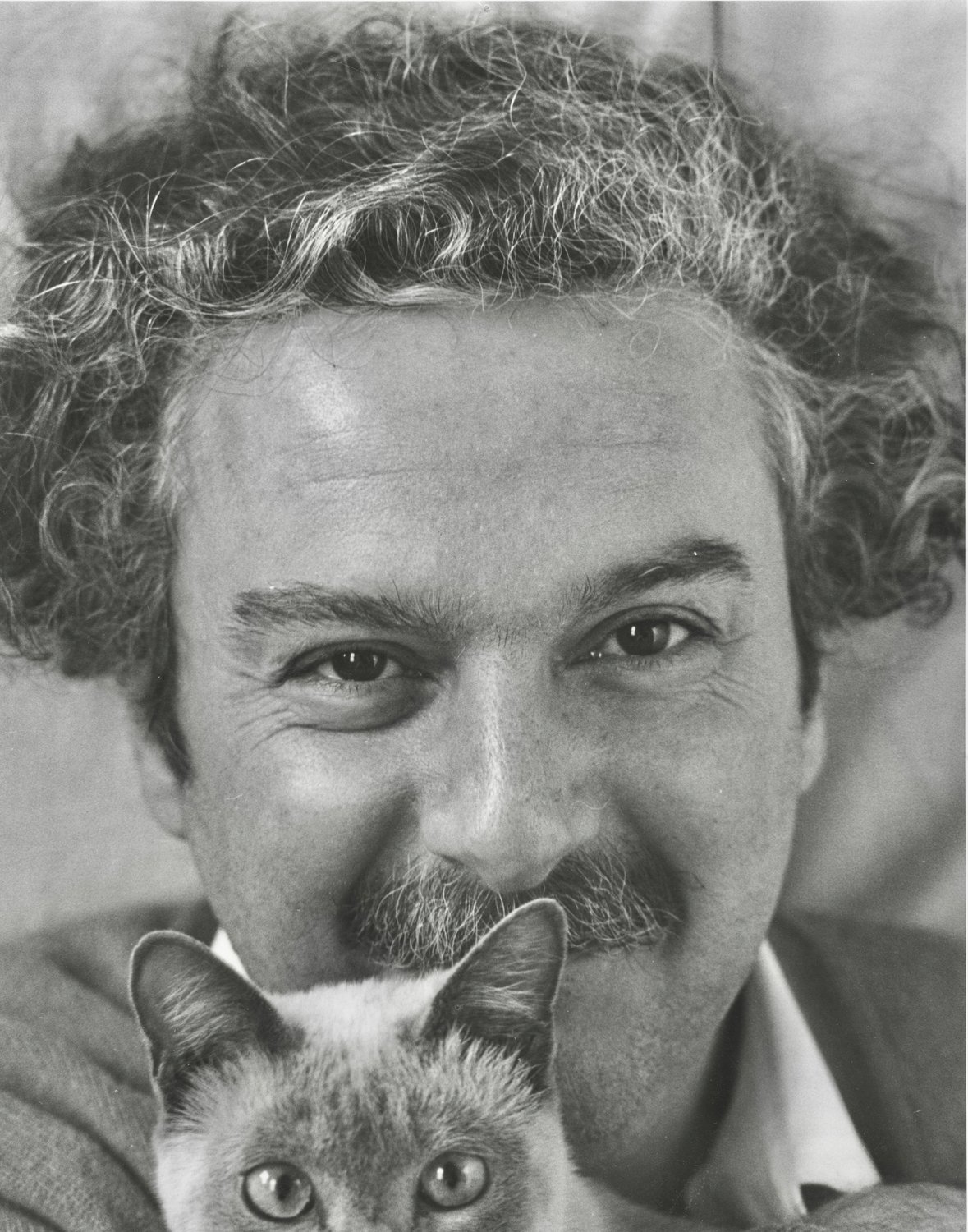 Dr. Sivin and his wife, Carole, were passionate cat lovers, and their house was full of photos of cats. Carole donated a ceramic cat she had made to the Chestnut Hill Cat Clinic.
Previous Next
Posted Thursday, November 3, 2022 12:00 am
by Len Lear

It is difficult for most of us to appreciate the towering intellect of someone like Dr. Nathan Sivin, who lived in Chestnut Hill for more than 40 years with his wife Carole Sivin (1936-2020), an acclaimed artist in her own right. They were married in 1962 in Singapore. Dr. Sivin died June 24 at age 91 in his home on Roanoke Street overlooking Pastorius Park.

Sivin wrote or edited more than 15 books as well as numerous path breaking essays, many of which revolutionized thinking in the fields he worked in, mostly concerning various aspects of the history of science in China. He also established the journal Chinese Science, which is now called East Asian Science, Technology and Medicine.

One person who does appreciate Dr. Sivin's intellectual and academic achievements is Dr. Marta Hanson, who was an Associate Professor in the Department of the History of Medicine at Johns Hopkins University. Her research interests are in the history of medicine, disease and public health in China and the cultural history of Chinese arts of memory.

“Nathan was my (doctoral) dissertation adviser,” said Hanson, a former resident of Mt. Airy and Chestnut Hill who is currently a Visiting Scholar at the Max Planck Institute for the History of Science in Berlin, although she was in Paris during our recent Zoom conversation. “I met him in 1985,” she said. “He was a strong supporter of female colleagues and female students. He was gender-blind, and some other faculty members were not.”

Sivin fit the stereotype of the eccentric professor. He and his wife did not have a car or even a bicycle, and would walk everywhere they went.

“Sometimes people would drive them around, and they took the train a lot, and  Chestnut Hill was perfect for them because they could walk all around the neighborhood,” Hanson said.

The couple were very engaged in community life. Sivin volunteered at local theaters, and led tours of Morris Arboretum – his favorites were Chinese plant tours. They were members of the Weavers Way food co-op for 40 years.

“We all had dinner together many times at Roller's and Cin Cin. Also Thai Kuu and Iron Hill,” Hanson said. “Also, they loved the Cheese Shop and Captain Andy's in Wyndmoor.”

According to Hanson, Sivin was quite famous in China – so much so that “I'd like to have a plaque put on their house, as there is a plaque next to the house Margaret Mead lived in in Doylestown."

“He was like the Margaret Mead of Chestnut Hill,” she said. “They lived a global life, but the center of their universe was this neighborhood.”

In May of 2021, Sivin was hit by a car while he was walking across Germantown Avenue. (It was not a hit-and-run.) He never recovered his independence fully after those injuries, and could no longer walk to stores on the Avenue. To make matters worse, he came down with COVID. He had a stroke in mid-May of this year and was admitted to Chestnut Hill Hospital on June 2.

“He had great care there,” Hanson said, “but he lost weight, and it was difficult for him to drink and swallow. I was hoping we could go out to restaurants on the Hill again, but that did not happen. The doctor said he needed hospice care and IV fluids, but he refused to have a feeding tube. He was totally depleted. He had a do-not-resuscitate order.”

Still, she said, his mind remained totally clear – and he still had things he wanted to do. So she and her partner, Kelly Burke, decided to come and take care of him.

“I did it because I loved him. I would not have become what I became if it were not for him,” she said.  “He was a lovely and gracious man. He had an amazing disposition and was not afraid of death. I am glad I could be there for him at the end.”

Hanson, who is the executrix of Sivin's estate, plans to finish his last book and send his library to Tel Aviv University in Israel. She has auctioned the best of his Chinese and Japanese scrolls at Freeman’s Auction House, and the proceeds will go to the Franklin Inn Club in Center City, the 120-year-old private club for published authors, scholars, artists, actors and playwrights to which Sivin left his     estate. Nathan and Carole Sivin’s archives have gone together to the Universally of Pennsylvania.

Sivin was born in Clarksburg, W.Va., and later received the highest college entrance score in his state in 1948. He was a humanities major and chemistry minor at MIT, learned the Chinese language and culture in the Chinese-language program at the Army Language School in California and then studied the history of science at Harvard, where he earned his doctorate in 1966.

Carole had a studio at the top of the hill. The couple always had cats, and their house was full of photos of cats. Carole donated a ceramic cat she had made to the Chestnut Hill Cat Clinic.

The Sivins had no children. Nathan is survived by three sisters-in-law – Mary Sivin, Dolores Delmore Santandrea and Judith Delmore Styrcula – and their families.