Anyone who is older than about 60 would certainly be familiar with the performers Tony Bennett, Sammy Davis Jr., Liza Minnelli and Diana Ross. 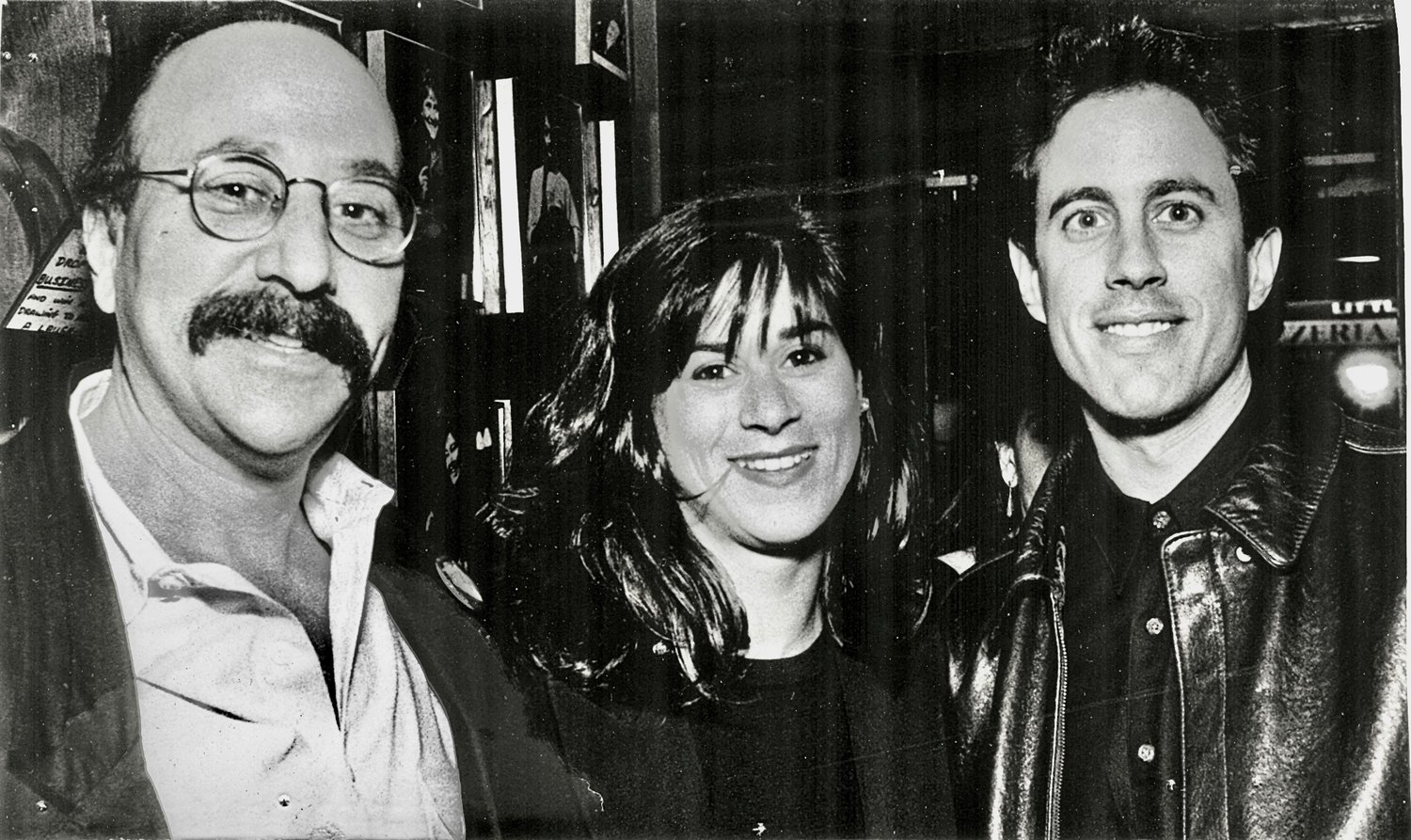 From 1989 to 1993, Kraus (left) was general manager of the legendary comedy club, Catch a Rising Star in New York, where he befriended stand-up comics including Jerry Seinfeld (right). 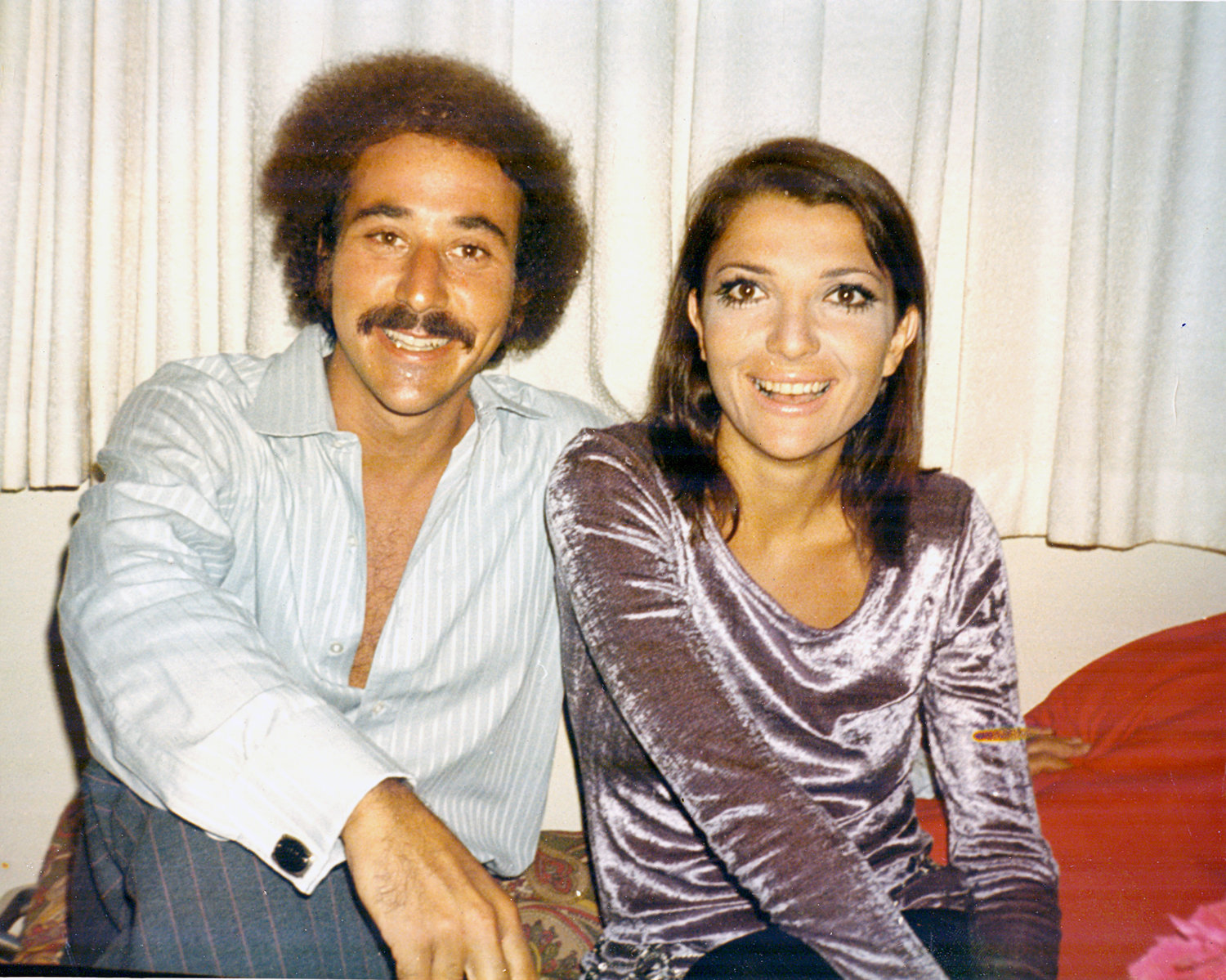 Kraus (left), in 1970, with Dana Valery, a singer, actress, TV performer and the sister of Sergio Franchi, the late operatic pop star often seen on TV variety shows like “The Ed Sullivan Show.”
Previous Next
Posted Thursday, August 4, 2022 12:00 am
by Len Lear

Anyone who is older than about 60 would certainly be familiar with the performers Tony Bennett, Sammy Davis Jr., Liza Minnelli and Diana Ross, along with stand-up comics/actors Jerry Seinfeld, Adam Sandler, Sarah Silverman, Dave Chappelle, and Chris Rock.

Long-time Chestnut Hill resident Michael Kraus is certainly familiar with those boldface names because one thing they all have in common is that they all worked with Kraus, either when he was a musician playing for them or as a general manager of Catch a Rising Star in New York City, where the comedians all performed early in their careers.

“I had all their phone numbers,” said Kraus, 80. “Seinfeld was a nice guy. Never used foul language, unlike almost all of the others."

I was looking for Kraus to dish up dirt on some of the celebs so I could have a sizzling story, but he would not grab the bait. (Except for Diana Ross, who was difficult, “stuck on herself,” he said.) “Paul Anka and Liza Minnelli were very nice, and Bobby Darin was one of my favorites, a real pleasure to work with.”

Kraus has lived in Chestnut Hill since 2006, and he hosts the popular “Name That Tune” program at the Center on the Hill, the space in the Presbyterian Church of Chestnut Hill dedicated to programming for active adults. Kraus’ wife, Kathy (they married in 2007), who previously lived in Oreland and is now semi-retired, was director of risk management for a healthcare conglomerate, overseeing 300 hospitals. Their beautiful house near Evergreen Avenue features a big swimming pool in the back and walls festooned with autographed photos of many celebrities Kraus worked with.

On the living room wall, there is also a huge sign that says “Strawberry Fields,” given to Kraus by groundskeepers in Central Park. It had been part of a landscaping gift to the park from John Lennon and Yoko Ono but was being discarded.

You might say that Kraus' career began in the sixth grade in St. Louis. “I asked the teacher if I could play the trumpet, like my brother,” Kraus said last week in his living room. “She said 'No. I only have a trombone left.' I said, 'OK, I'll take it.' My parents were not musicians, but they loved to dance. My dad came here from Ukraine at age 16, the youngest of six boys.”

Kraus attended the University of Missouri, earning a scholarship and studying music education. He became quite proficient on the bass trombone. While still in college, he was paid to play for operas and the highly-regarded Joffrey Ballet. He directed musicals including “Once Upon a Mattress,” “The Fantasticks” and “Carnival!”

A visiting high school principal from Puerto Rico was so impressed with “Carnival” that he offered Kraus a job, which he accepted in 1964, to help build up the high school's music program. The school was on an Army base. “I stayed in officers' quarters for $35 a month and room service,” Kraus said. “We had the only uniformed band in Puerto Rico, and I was the only bass trombone player on the island. We played halftime at football games.”

Shortly after starting work at the school, Kraus was also offered a job playing at Club Tropicoro, a popular nightclub at the El San Juan Hotel where stars such as Frank Sinatra and Sammy Davis Jr. performed. Kraus was the only American in an otherwise all-Cuban band. “It was great fun,” Kraus said. “They were excellent musicians. We played seven nights a week from May to December. That is where I met lots of celebrities and made connections.

“We played the best charts of the best composers in the world and never got bored. My mom died when I was a junior in college, so she never saw me there, but my dad did come to see me,” Kraus continued. “When we played for Milton Berle, I had lunch with him, and he told me an off-color joke.”

Kraus left Puerto Rico in 1972 to take a job in New York City with Carl Fischer Music, a sheet music publisher founded in 1872. From 1989 to 1993 he was general manager of the legendary comedy club, Catch a Rising Star, where he met the stand-up comics.

From 1993 to 2003, Kraus worked with Putumayo World Music, which produced cassette tapes, records and CDs by musicians from around the world. That job enabled Kraus to travel to South Africa, Senegal, Australia, New Zealand, Thailand, Paris, Sweden, Zurich, Italy, Germany and the Cape Verde Islands.

“It was great visiting all those places,” said Kraus, who lived in New York until 2002 and spent four years splitting his time between Philadelphia and New York before moving permanently to Chestnut Hill.

Kraus' “Name That Tune” is on hiatus until September when the popular music appreciation program will resume. For more details, call 215-247-4654.