When Brendan Dwyer was four years old, his mom, Marianne, became the director of Teenagers, Inc., a nonprofit that aims to connect teens to the world through community service. 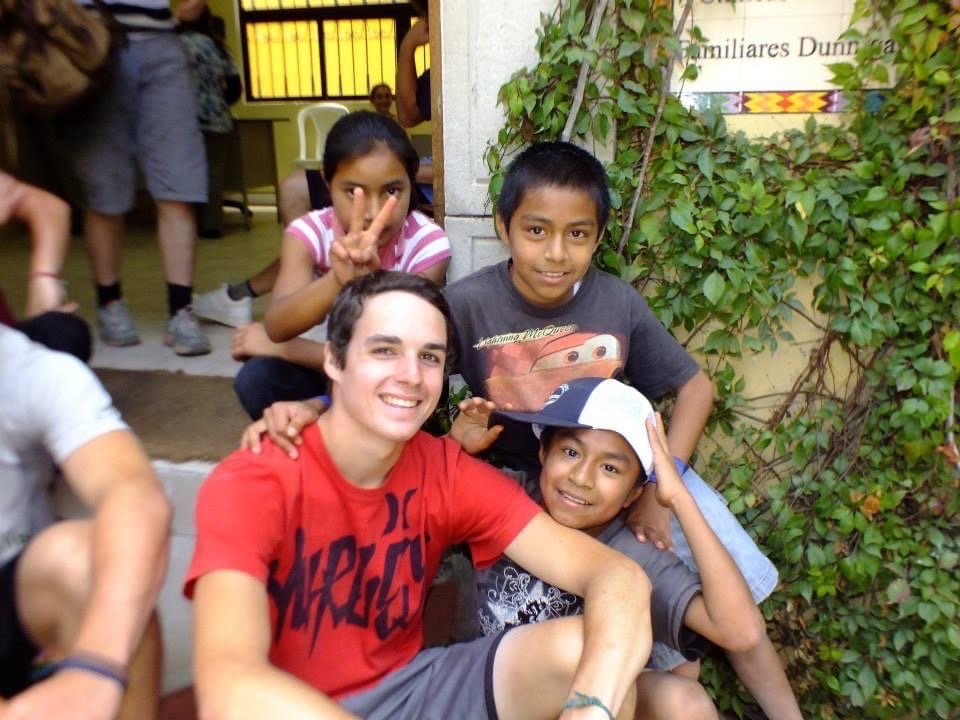 Dwyer, in red T-shirt, with youngsters in Guatemala, where most of the country's residents live on less than $2 a day. 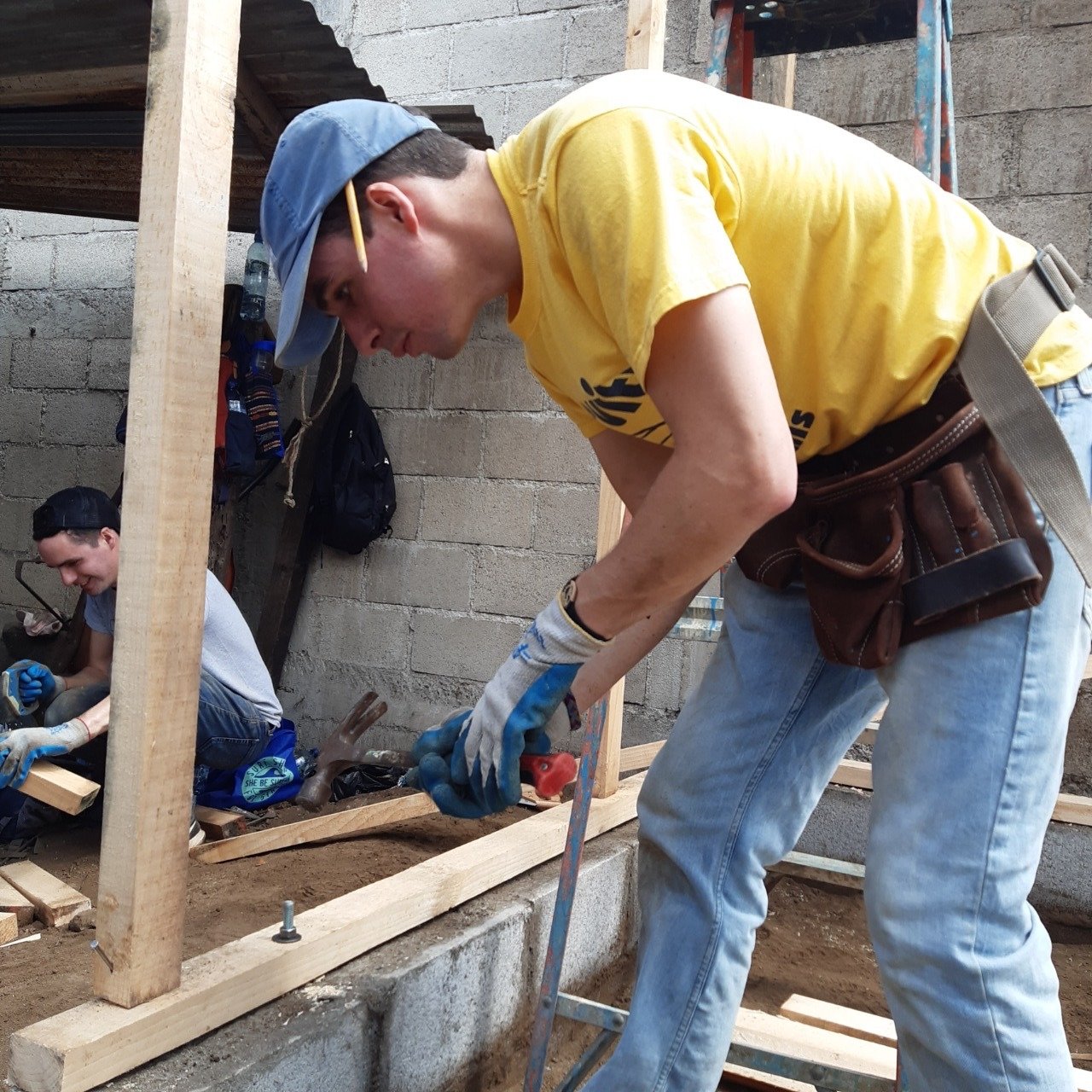 Dwyer and other volunteers help to build a home for a family at a village in Guatemala. 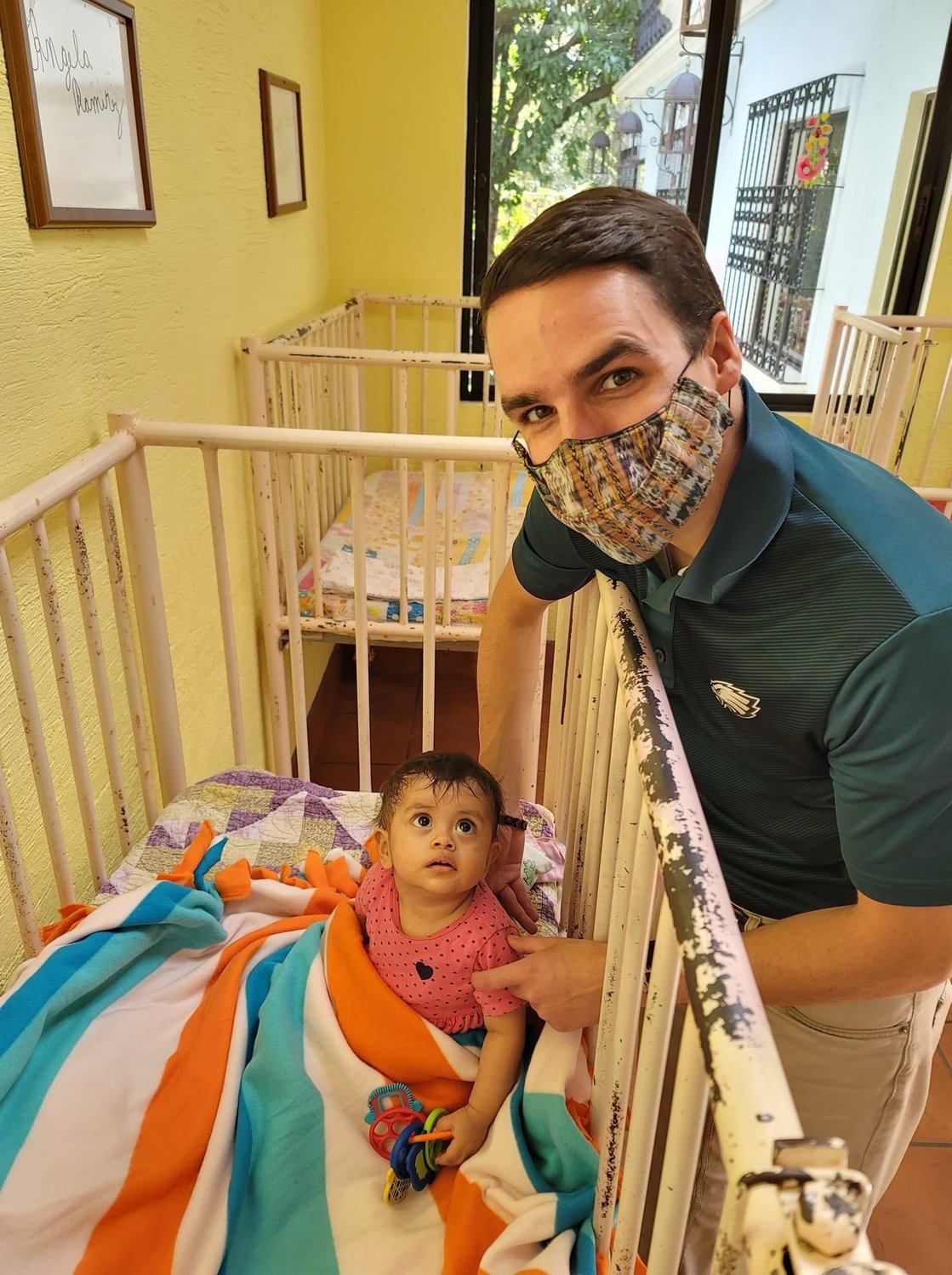 Dwyer lends a hand to an infant in Guatemala. The country has the second highest rate of malnutrition in the Western Hemisphere and the fourth highest in the world. One in every two children under five years old suffers from chronic malnutrition. 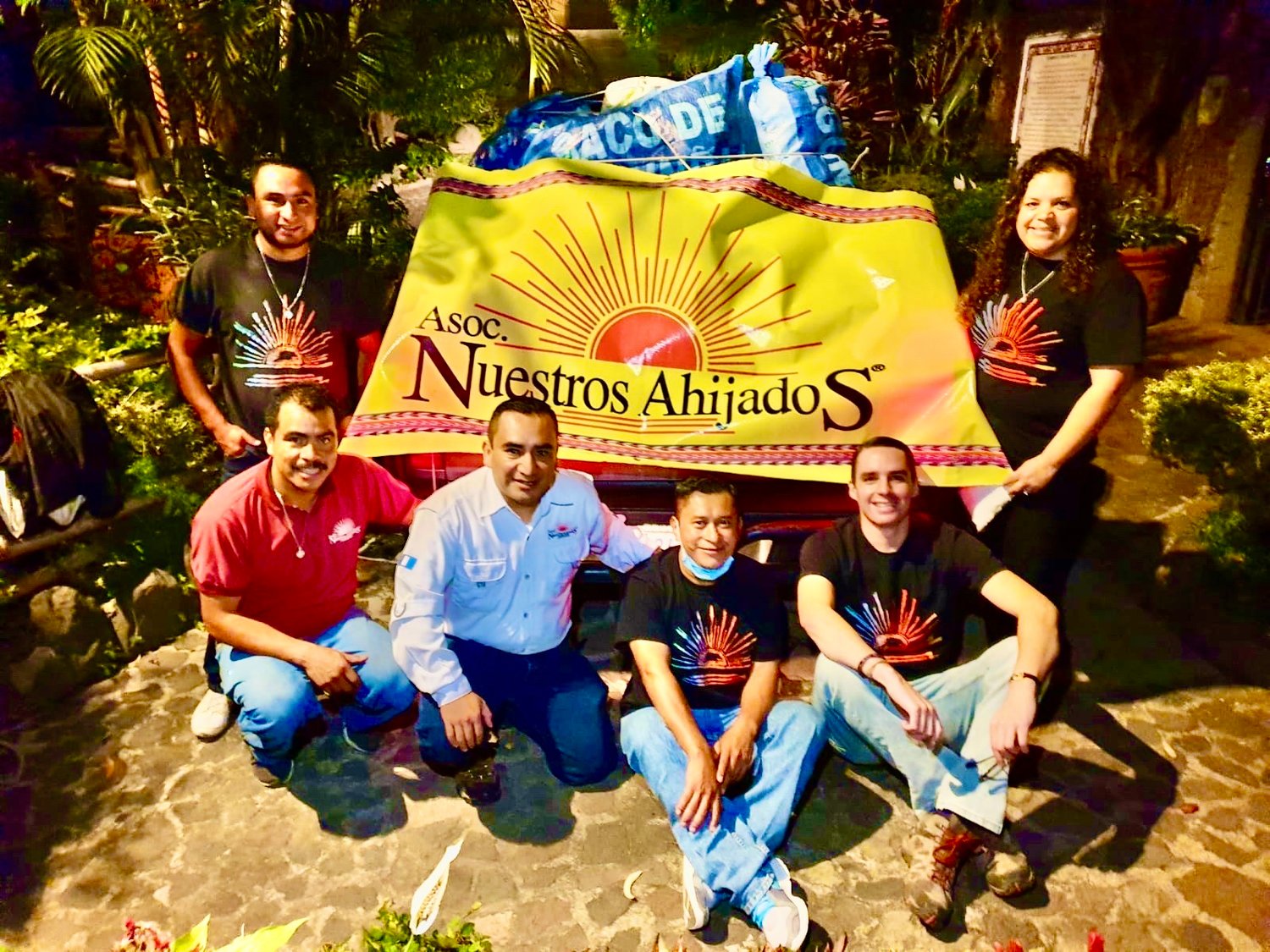 Dwyer (seated, right) with a group of local residents in a village in Guatemala.
Previous Next
Posted Thursday, September 22, 2022 12:00 am
by Len Lear

When Brendan Dwyer was four years old, his mom, Marianne, became the director of Teenagers, Inc., a nonprofit that aims to connect teens to the world through community service. Working from an office on Bethlehem Pike near Chestnut Hill Avenue,  Marianne Dwyer served in that role for nearly 20 years while also raising seven children at the family’s home in Chestnut Hill.

So Dwyer spent many of his younger years serving the Philadelphia community,  participating in park clean-ups and Operation Santa Claus, handing out hot meals to the homeless at the St. Francis Inn in Kensington, delivering flowers and gifts to shut-ins during the holidays and volunteering with the St. Vincent DePaul Society and much more.

“My parents always put others ahead of themselves,” Dwyer said in a recent interview. “If not for their tremendous influence, there is no way I could have ever boarded that plane to move to Guatemala.”

Dwyer is referring to a daunting decision he made at age 16 to start spending summers in Guatemala, doing community service with the nonprofit God's Child Project. His sister, Caitlin, had earlier volunteered with the initiative as part of a Villanova University group.

A 2010 graduate of the now-defunct Bishop McDevitt High School in Wyncote, Dwyer graduated from Villanova University in 2014 and started working full-time at the Janney Montgomery Scott brokerage firm in Center City on their trading desk, where he stayed for five years.

Then, in the summer of 2019, he returned to Guatemala.

“That turned out to be the trip that would propel me towards the decision of quitting my job and moving to Guatemala for a long-term volunteer experience,” he said. “While I loved the people I worked with at Janney and cherished the growth and friendships I left there with, it was hard to forget the many faces of poor children in Guatemala who still needed help.”

“I had everything I needed in life – a warm home, food on the table, clean water to drink, clothes on my back, an education under my belt, a family that cared about me,”he continued. “It was time for me to dedicate my time helping others reach the same levels of comfort that I am fortunate enough to enjoy every day.”

Guatemala has the second highest rate of malnutrition in the Western Hemisphere and the fourth highest in the world. One in every two children under five years old suffers from chronic malnutrition. In a country with a total population of 18 million, 55 to 60% of the population lives below the poverty line, which is defined as $2 a day.

“I came face-to-face with extreme poverty during several service trips over the years,” Dwyer said. “But I felt like I wouldn’t truly understand it unless I lived there among the people.”

Upon arriving in Guatemala in January of 2020, Dwyer became the national director of The God's Child Project. His responsibilities included two schools, medical clinics, dental clinics, a crisis care clinic, the Casa Jackson Hospital For Malnourished Children, a home building program, international volunteer and service team coordination, clothing and food drives, disaster relief efforts and a mothers club. He also supported the stateside fundraising efforts that sustain these projects and became proficient in Spanish out of necessity.

“Despite all the responsibilities, I learned to always find time for people,” he said. “I may have found myself working against a tight deadline only to have a young mother knock at my door looking for help for her sick child, or a family asking for a new home to live in because the one made of strung-together sugar cane stalks, battered metal sheets and plastic tarps on a dirt floor was not keeping them healthy or safe.”

Dwyer is now back in Philadelphia working in the financial services industry, but he still serves The God's Child Project by speaking to organizations, recruiting volunteers and raising funds.

“We need volunteers to go down and build homes and hug and hold malnourished babies in our hospital,” he said. “There is no greater feeling than presenting deserving families with a home that none of them had ever imagined would one day be theirs.”

Dwyer will have a table/booth set up with a bright yellow“The God's Child Project” sign at the Fall For the Arts festival on Sunday, Sept. 25.