Many folks in the Chestnut Hill area are familiar with Tom Garvey from seeing him for years in his wife Peggy's funky clothing store, Mango. 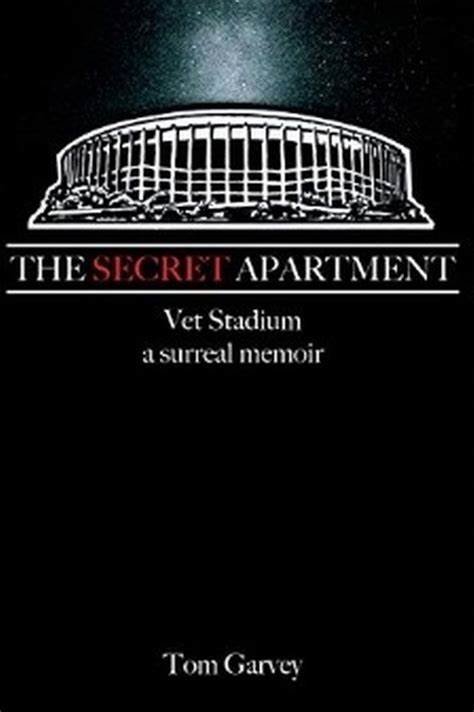 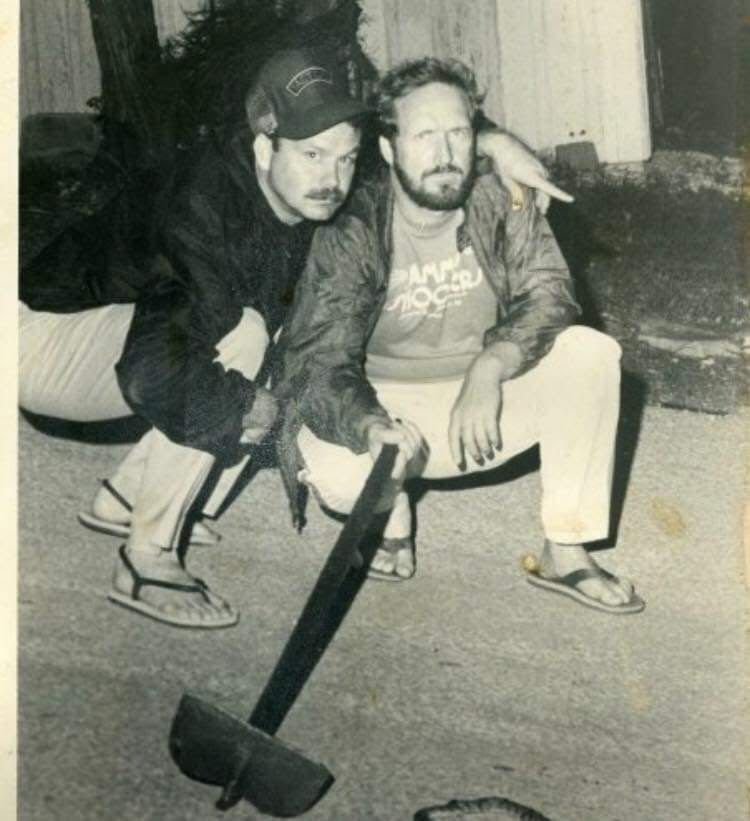 Tom Garvey, at right, and Eagles Hall of Famer Bill Bradley, at left, are pictured hunting rattle snakes in Texas back in the day. 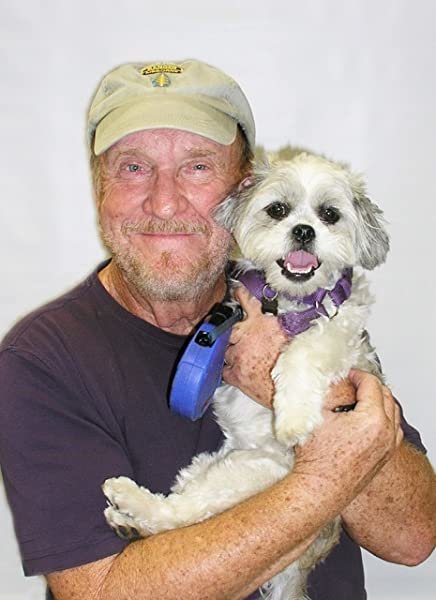 Tom Garvey, author of the recently published “The Secret Apartment: Vet Stadium, a Surreal Memoir,” is seen here with his three-legged pal, Mozie. 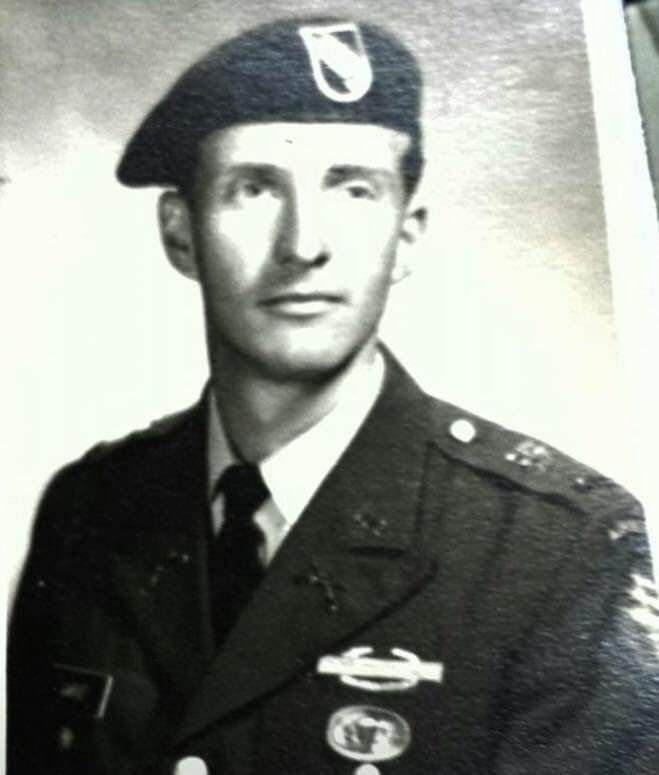 Tom Garvey served in the Vietnam War as an airborne ranger in the U.S. Army Special Forces.
Previous Next
Posted Thursday, April 1, 2021 10:45 am
by Len Lear

Many folks in the Chestnut Hill area are familiar with Tom Garvey from seeing him for years in his wife Peggy's funky clothing store, Mango, which was at 8442 Germantown Ave. from 2009 until last August, when she closed the business due to the pandemic and health reasons. (The business had been at 8622 Germantown Ave. from 1997 to 2009.) Part of the fun of going into Mango was to chat with Tom and rub the belly of their adorable friend, Mozie, “the wonder dog.”

Tom, 78, is also known by many area residents as the author of “Many Beaucoup Magics,” Tom's 2015 fictional account of his time as a Green Beret with U.S. Special Forces in the Vietnam War. Tom says the book, which essentially “took 50 years to write,” was dedicated to mothers because “in any war, mothers are the ultimate victims.”

Now Tom has a new book, which is even more surreal than his Vietnam novel. Titled “The Secret Apartment: Vet Stadium, a Surreal Memoir,” the non-fiction book tells the bizarre story of how the author literally lived in an empty concession stand just inside the left field foul pole at Veterans Stadium, which he furnished as an apartment, from 1979 to 1981.

Garvey's uncles, the Nilon brothers, had a contract to run the concession and novelty stands as well as the parking lots at the Vet. When Terry Nilon, Garvey's cousin, left to open a sports memorabilia store in South Jersey, Tom was given the job along with keys to an office at the Vet and a stadium entrance.

The concession stand Garvey chose to make his home was in an area on the 200 level with little food traffic. It was about 20 yards long by 10 yards wide. Garvey put up wall-to-wall cardboard boxes, but behind the boxes was a corridor that led to his secret apartment.

“I basically hid in plain sight,” said Garvey last week. “Everybody was so used to seeing me that nobody thought anything of it. I would go past the security guards and give their security dog a couple of dog biscuits. One night I came back from Dobbs (nightclub) really hammered, and I made the mistake of wandering out to center field. I lay down on the Astroturf. The full moon was beautiful. The next thing I know, a German shepherd was licking my face, and the security guard just said, 'Oh, it's you,'

“In June of 1980 there was a twilight double-header with a really long rain delay. The second game did not end until 3 a.m. I walked out of my apartment in flip-flops and bathrobe, holding a cup of coffee. None of the fans even asked me why I was wearing flip-flops and a bathrobe. The only thing they asked was 'Where did you get that hot coffee?' I could have been naked, and nobody would have noticed.

“A lot of people knew what I was doing but didn't say anything. Some players' wives came to my place to listen to music. We'd all go out to dinner sometimes. I would even roller blade around the stadium late at night. I almost killed myself one time doing that.

“I really did not intend to have a secret apartment in Veterans Stadium. It just happened. I didn't even expect anybody to believe I had it. That was the key to my getting away with it in the first place, because it was so unbelievable.”

Veterans Stadium was demolished in 2004, but former Philadelphia Eagles Hall of Fame linebacker (from 1969 to 1976) Bill Bradley, now 74, told a reporter that he visited Garvey's secret apartment. “You go in there and think it’s just a root beer stand with a bunch of stacked-up boxes, but then it opened up into a better apartment than I had in Center City,” he said.

Garvey originally had no intention of writing a book about his “secret apartment,” but when the pandemic started, he started posting anecdotes about it on his Facebook page “just to cheer people up,” and he got so many favorable comments that he kept writing and then realized he had enough material for a book. One Facebook respondent said that reading the stories was “like eating a good dessert.”

Since then, stories have been done on the book by NPR, The Times of London, CBS Sports, New York Post and Golf Digest, among others. Garvey is currently working on a trilogy of “Three Surrealistic Memoirs.”

For more information, visit “Secret Apartment” on Facebook. Len Lear can be reached at lenlear@chestnuthilllocal.com