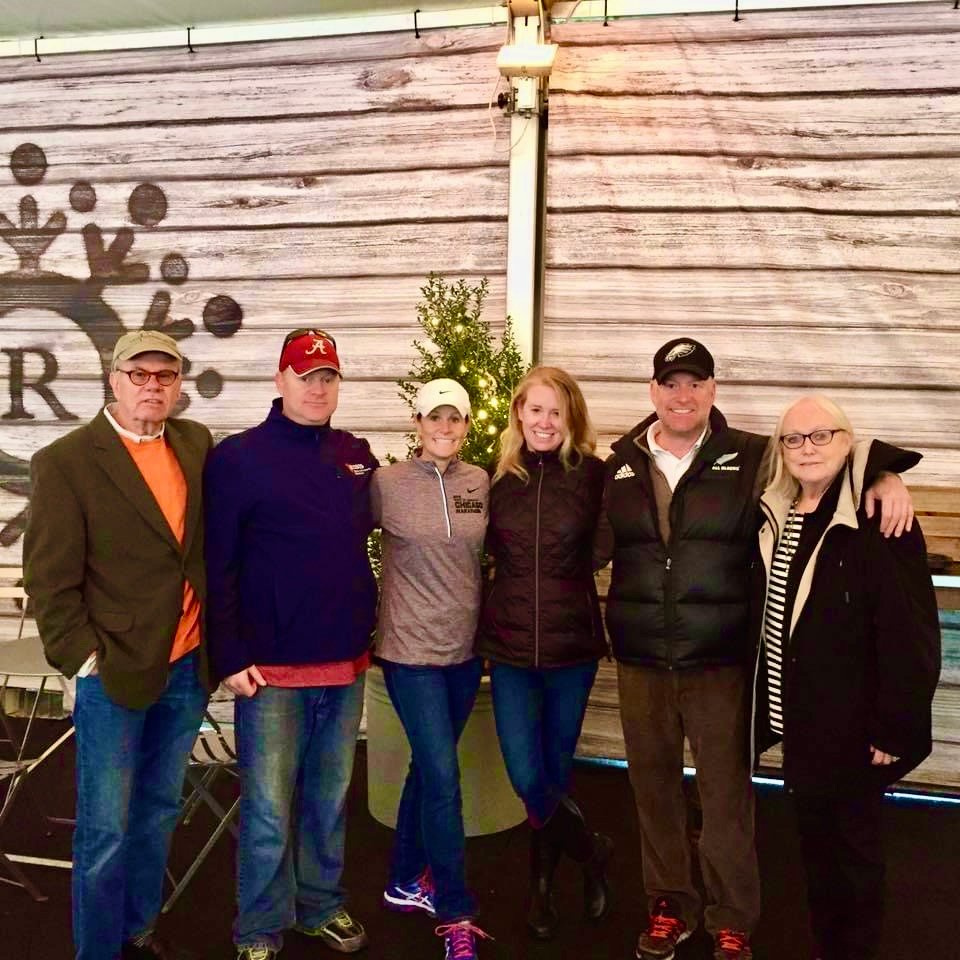 Margaret (Peggy) Jane Hendrie, a lifelong Chestnut Hill resident, was often called “the number one cheerleader for Chestnut Hill” by merchants along the Avenue, but they may not have known that she was also a world-class mother.

According to her son, Frank, “Mom was the most giving person I have ever met, and she was like that from day one. As far as I can remember, she always thought of other people first and put her interests and well being in the backseat. She was hospitable, engaging, charming and a true natural beauty.”

“Peggy welcomed any and every person into our home,”said her daughter, Maureen Stanton. “She treated all of our friends as if they were her own. She would give the shirt off of her back to anyone … I want her to be remembered for the giving, loving person she was. Full of life and laughter. There are no words to say how proud I am to be Peggy Hendrie’s daughter. She has set a high bar, and I hope that I can be half of the woman that she was. She wouldn’t want to see anyone crying or making a fuss over her. That’s not who she was. Instead she would want everyone to be together and celebrate.”

Peggy was born in Chestnut Hill to John and Margaret Coleman McClintock on March 11, 1948. Her father was born in Donegal, and her mother, County Tyrone, Ireland. She attended grade school at Our Mother of Consolation (OMC) and graduated from Cardinal Dougherty High School in 1966.

Peggy met the love of her life, Frank “Stretch” Hendrie, at the age of 16 on the steps of Immaculate Conception Church. The two were married at OMC Church on Dec. 14, 1968, and shared 54 loving years together.

As newlyweds, Peg and Stretch settled in Chestnut Hill, where they would spend the rest of their time together. Peggy worked for the Chestnut Hill Parking Foundation for 41 years and was also a school crossing guard at the corner of Germantown and Chestnut Hill Avenues for 34 years. While working for CHPF, she and her colleagues were honored with the Distinguished Service Award from the Chestnut Hill Community Association in 2000.

Peggy was a devout member of OMC Parish. In her early years she was a secretary for the Parish rectory and volunteered her time counting the church collections on Sundays. She was recognized for her parish work when she was inducted into the OMC Hall of Fame in 2013.

According to Kate O'Neill, interim director of CHBA, “Everybody I told about Peggy's death was shocked because it is so hard to picture Chestnut Hill without Peggy. She managed the lots — maintenance, insurance, etc. There were as many as nine, now six. Both Peggys retired about a year and a half ago. Peggy (Hendrie) lived and breathed Chestnut Hill more than anyone else I ever knew. She was embedded  in the community.

“She could remember all the tenants that had businesses in every single shop going back to the 1940s. She always went the extra mile. In 2011 she helped put out the first Chestnut Hill Business Directory. Her late sister, Mary Gallagher, an administrator at Chestnut Hill College, showed Peg a student directory and suggested it as an income idea for the CHBA. This was the last thing they did together. Mary kept working on it, even though she was dying of cancer. They came to the office and did it together. It was lovely. Peggy was the fabric of the neighborhood.”

According to Al Thorell, former executive director for the Chestnut Hill Development Group (now the CHBA), hired Peggy Hendrie to be parking foundation manager in the mid-1980s.  “Peggy was not only the face of this unique parking system but its soul,” Thorell recalled. “She and Peggy Miller, as advocates for the business community, were peerless, and they managed with care, kindness and competency. Peggy Hendrie always wore a smile ... and dedicated her working life to the interests of the women and men parking attendants who were the greeting faces of the business community.”

Peggy is survived by her husband, Frank, and her children, Frank Jr. of Summit, NJ; Deirdre A. Elvin of Round Rock, TX; Thomas P Hendrie (Sue Hendrie) of Glenside; Maureen E Stanton of Limerick, PA., 12 grandchildren and many nieces, nephews and long-time friends. She was preceded in death by her sister, Mary Gallagher; brother, John McClintock, and son-in-law, Scott Elvin.