Questions remain about whether ongoing construction at the site had been conducted with required city permits. 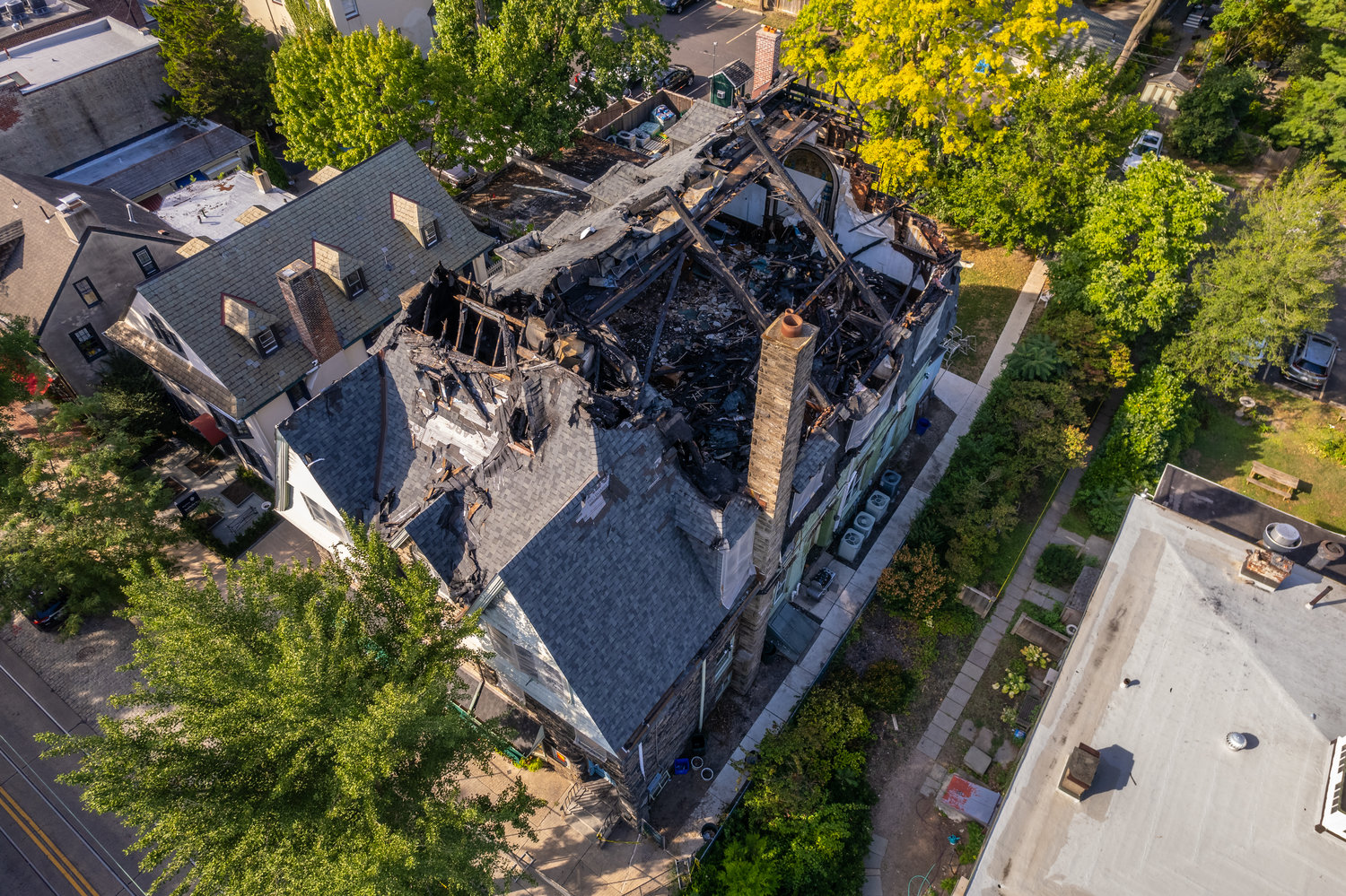 Questions remain, however, about whether ongoing construction at the site had been conducted with required city permits.

Josh McKnight, a Lodge member and spokesman for the group, told the Local that the Lodge had hired a contractor prior to the fire to renovate its dining hall, which included electrical work.

“That work would have had an electrical component, drywall, flooring, and paint,” McKnight said in an email.

However, a city spokesperson confirmed that no electrical permits were applied for or issued to the Lodge’s property and that the Department of Licenses and Inspections is currently investigating the matter. McKnight told the Local that “all permitting would have been the responsibility of the contractor.”

McKnight also said that the Lodge’s insurance company has hired a cause of origin investigator to spearhead its own investigation into the cause of the fire.

“They spent a few days at the site and have not issued a final report on their findings,” McKnight said. “We are still waiting to hear from them and should hopefully have something soon.”

In the meantime, the building sits blighted and desolate in the middle of Chestnut Hill’s business corridor, surrounded by temporary cyclone fencing - and it’s unclear how long it will remain that way.

“We met with them,” she said. “They were considering it.”

The property was labeled imminently dangerous by the city's department of Licenses and Inspections on the same day the fire broke out on Aug. 16. According to city spokesman Kevin Lessard, the exterior wall is now fractured and the 2nd floor joists are damaged in addition to the entire third floor and roof having been destroyed.

After the fire, McKnight told the Local that the Lodge planned to rebuild.

“We are working with our insurance company to determine a plan of action,” he said last month. “We still have a great deal of preliminary work to determine how much of the building can be saved, so we’re not sure if it's a restore or a complete rebuild.”

In addition to serving as a headquarters for both the Chestnut Hill and the Jenkintown lodges, which merged two years ago, the building also houses El Quetzal, a boutique store, and a ground floor apartment at the rear.

Despite the fire, McKnight confirmed that the Lodge is not considering a sale of the building at this time.

Meanwhile, neighbors of the building continue to adapt to the loss.

Beth Milley, who owns the children's store VillaVilleKula located in the building next door, said she’s relieved to have an answer and that she remains “grateful to the community” for coming together in support of the building’s former tenants, Leslie, who lived in the rear apartment, and Bill and Yosma Vitale Luby, who own El Quetzal, the store that was located in the front of the building.

“I’m also grateful to the firefighters for keeping the fire away from our buildings so we weren't affected," Milley said.