By the last quarter of 2019, common wisdom held that real estate in Philadelphia was about to peak. By February 2021, home prices were up by 12% over the previous year. 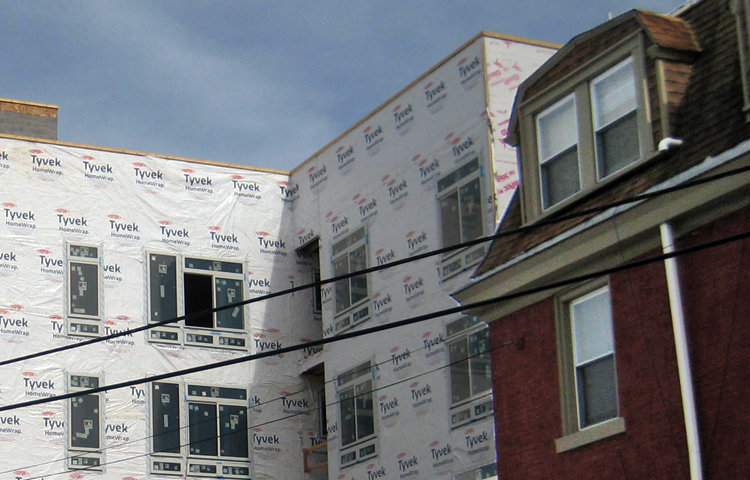 There was a surge in new construction permits at the end of 2019, as the Ten-Year Tax Abatement was about to change. Home prices were expected to have peaked by now, not be up by 12%.
Posted Wednesday, March 3, 2021 10:30 am
by Walt Maguire

By the last quarter of 2019, common wisdom held that real estate in Philadelphia was about to peak. There had been growth over a decade as Millenials started staying in the area after college and New Yorkers were priced out of the boroughs, but signs indicated it was leveling off. In March of 2020, everything changed. By February 2021, home prices were up by 12% over the previous year.

The latest quarterly report from the Lindy Institute at Drexel University indicates that citywide, as of February 2021, there were only 2,511 houses for sale, the lowest number since reporting began in 2001. In a normal year there are about 7,400 houses on the marker at any given time. And properties now sell in 41 days or less.

Most of this growth happened in West and North Philadelphia, where real estate was available. But the Northwest has seen the impact as well.

“Mt. Airy also has a diversity of housing stock, I think that’s why properties just don’t stay on the market for a long period of time,” observed Derek Green, Philadelphia City Councilman-at-Large. “That’s become more of a challenge, even during a global pandemic like we had last year.”

Multiple apartment and house projects are under construction in Chestnut Hill, Mt. Airy and Germantown. Instead of the decline predicted two years ago, Zillow is now predicting that the general level of the city’s house prices will rise by 8.3% over the next 12 months. This is close to double the city’s historic average annual appreciation rate of 4.5%.

This was not the 2021 expectation the Lindy Institute had in March 2020. There had been a surge of new housing starts at the end of 2019 to take advantage of the city’s Ten-Year Property Tax Abatement before amendments came into effect. This was expected to forestall the inevitable decline, but the pandemic changed what people were looking for in a residence, and in a location. The March 18, 2020, report stated “these most recent numbers provide mounting evidence of a market that is decelerating.”

The latest quarterly report from Kevin Gillen, Senior Research Fellow at the Lindy Institute for Urban Innovation at Drexel University, indicates that Philadelphia is outpacing most other large US cities with its house price increase average of 12.8% in 2020, while Case-Shiller’s 10-City composite house price index (which excludes Philadelphia) is up by just 9.8% during the same period.

While this is all good news for home sellers, the expanding high-end real estate sales in parts of Philadelphia that have been reliably affordable has raised concerns about the future of housing for lower-income residents.

Mt. Airy civic leaders are watching what effect the new construction and influx of new residents will have on the neighborhood. Older, affordable houses are being renovated and sold at a higher price. Some large houses, converted to apartments during a slower economic period, are being turned back into single-family homes.  Councilman Green shares the concern that the trend could drive out younger families and longtime residents.

“I think the challenges of Mt. Airy becoming less diverse from a financial perspective, it’s becoming more so,” he said.

Gillen’s latest report concludes that the current conditions will stay in place for now. “…the confluence of three critical forces—low interest rates, low inventories and high demand for housing (due to the pandemic-driven shift of work from office to home)—are what have not only produced such a currently hot housing market, but are continuing to trend in a direction that favor continued increases in the market’s temperature.”