Mt. Airy became the intersection of history and Hollywood when some of the HBO seven-episode miniseries “Mare of Easttown” was filmed at St. Michael's Lutheran Church. 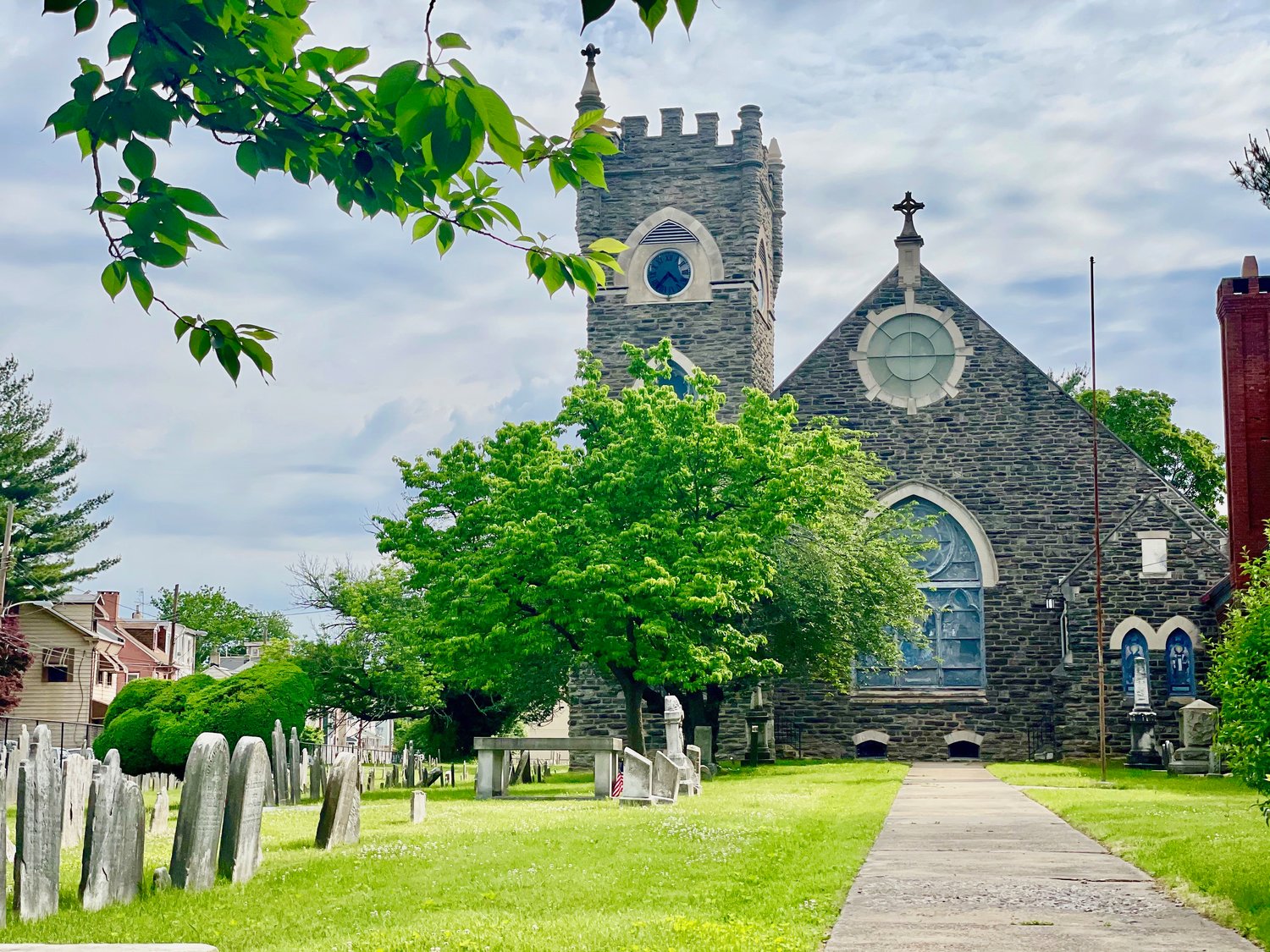 The historic St. Michael's Lutheran Church, 6671 Germantown Ave. in Mt. Airy, was the site of some of the filming of the HBO seven-episode miniseries “Mare of Easttown.” (Photo by Elspeth Lodge) 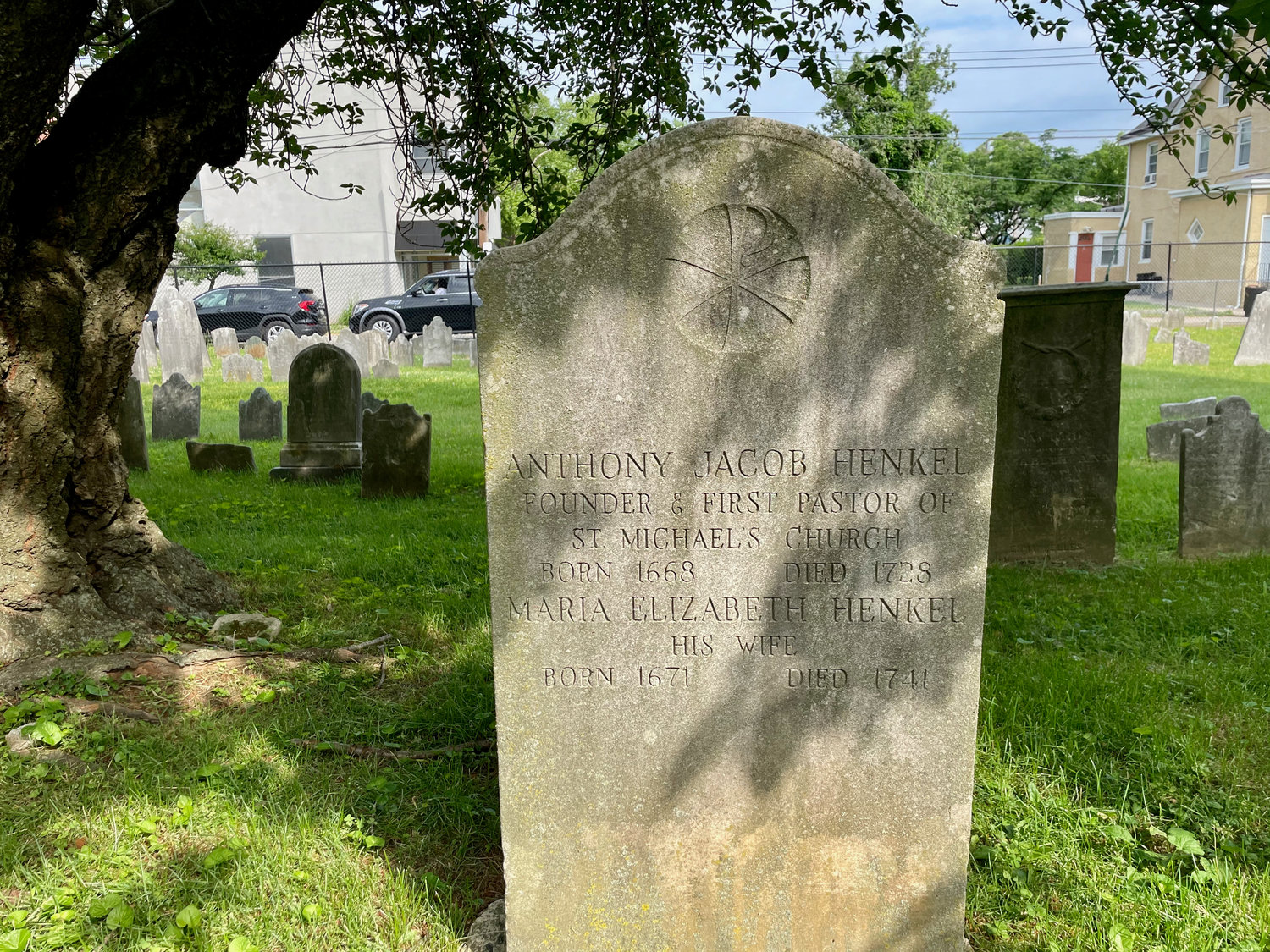 Mt. Airy became the intersection of history and Hollywood in February of 2020, just before the pandemic began, when some of the HBO seven-episode miniseries “Mare of Easttown,” about who killed Erin McMenamin, was filmed at St. Michael's Lutheran Church, 6671 Germantown Ave. The highly praised series aired its last episode on May 30 of this year.

The series, which follows a Pennsylvania detective sergeant, Mare Sheehan (played by Kate Winslet), as she investigates cases in a small town, mainly a disappearance and murder of a young mother, features footage filmed at the historic St. Michael’s Church, which has gravestones of members on-site that date back to the 1700s.

Philly Office Retail, a real estate company that focuses on “historic preservation” and “adaptive reuse of older buildings,” according to its website, rented out the property for filming shortly after purchasing it.

“In 1730, when German immigrants built St. Michael's Church, I doubt they could envision having a British actress like Kate Winslet at the church filming this,” said Ken Weinstein, president of Philly Office Retail, whose company has received four Preservation Alliance Community Awards.

“We bought the property a couple of months before the filming,” said Weinstein. “Most of the time we're mission-oriented real estate developers. We renovate vacant, deteriorated properties. Most of the time we buy properties, we start renovating fairly quickly. The movie makers happened to call us at a good time, when we had the church available. We were able to delay construction that we had planned on.”

“Mare” used the social hall, church and rectory, three out of the four buildings on the church campus. “The fourth one is Alena's Cafe, which was occupied,” said Weinstein, “the other three buildings were not occupied.” The social hall has since become home to Mt. Airy Pediatrics.

Why did the movie makers choose the church? “It seemed like they were specifically looking for a church that was well used but yet maintained,” said Weinstein, “and that's what St. Michael's Church was.”

The director of marketing and leasing at Philly Office Retail, Je’Juan Ford, worked directly with the scouting company when they were looking for a filming site. “They liked that they could do so much at that one location,” she said. “They could film the church scenes and the housings at the church.”

Filming took place for three days, but the show occupied the site for a month, and Philly Office Retail had to keep it a secret after signing a non-disclosure agreement until the series was announced. “It's hard to keep it under wraps,” said Weinstein, “because you want to broadcast what you're doing and put it on social media, but we had to hold back.”

He said the show built a new confessional into the church because that's what a particular scene needed, but when they left, they returned the site to its previous condition.

People were able to see the filming since it was hard to hide the production. “It was a large crew,” said Weinstein, “about 75 people working on the film. Quite an operation.”

While Weinstein did not get a meet-and-greet with Kate Winslet, he and his wife and some friends did see her on set. He said it was fun to see Hollywood come to Mt. Airy. Why did the show film in Mt. Airy when the series supposedly takes place in Delaware County?

“We've all read about the connections to Delaware County,” he said. “I think it was either the producer or the writer, or both. But I don't know why they picked Mt. Airy. Mainly, they just needed a church they could take over for a full month without interruption.”

On the show’s official website, the creator, writer and executive producer, Brad Ingelsby, says in a video interview that Easttown represents a combination of towns in Pennsylvania near where he grew up, which the Philadelphia Inquirer has identified as Berwyn. (While the Easttown portrayed in the show does not exist, there is an Easttown Township in Chester County.)

When Philly Office Retail was finally able to reveal their secret on social media, Weinstein said people were excited that Mt. Airy was part of the TV series. “A lot of people knew that most of it was filmed in Delaware County, bur local people enjoyed knowing it also had a Mt. Airy flavor ... and that some of it was filmed in the Wissahickon.”

Publicist and editor at Friends of the Wissahickon, Laura Feragen, said, “They filmed at Magargee Dam, Gorgas Run and trail scenes around Gorgas Run and down to Forbidden Drive, near the shelter along the drive near Mt. Airy.”

Elspeth Lodge is a Lafayette Hill author and regular contributor to the Local.