Homeowners in the Northwest are grappling with the potential impact of increases as high as 30 to 40 percent - and in some cases even more. 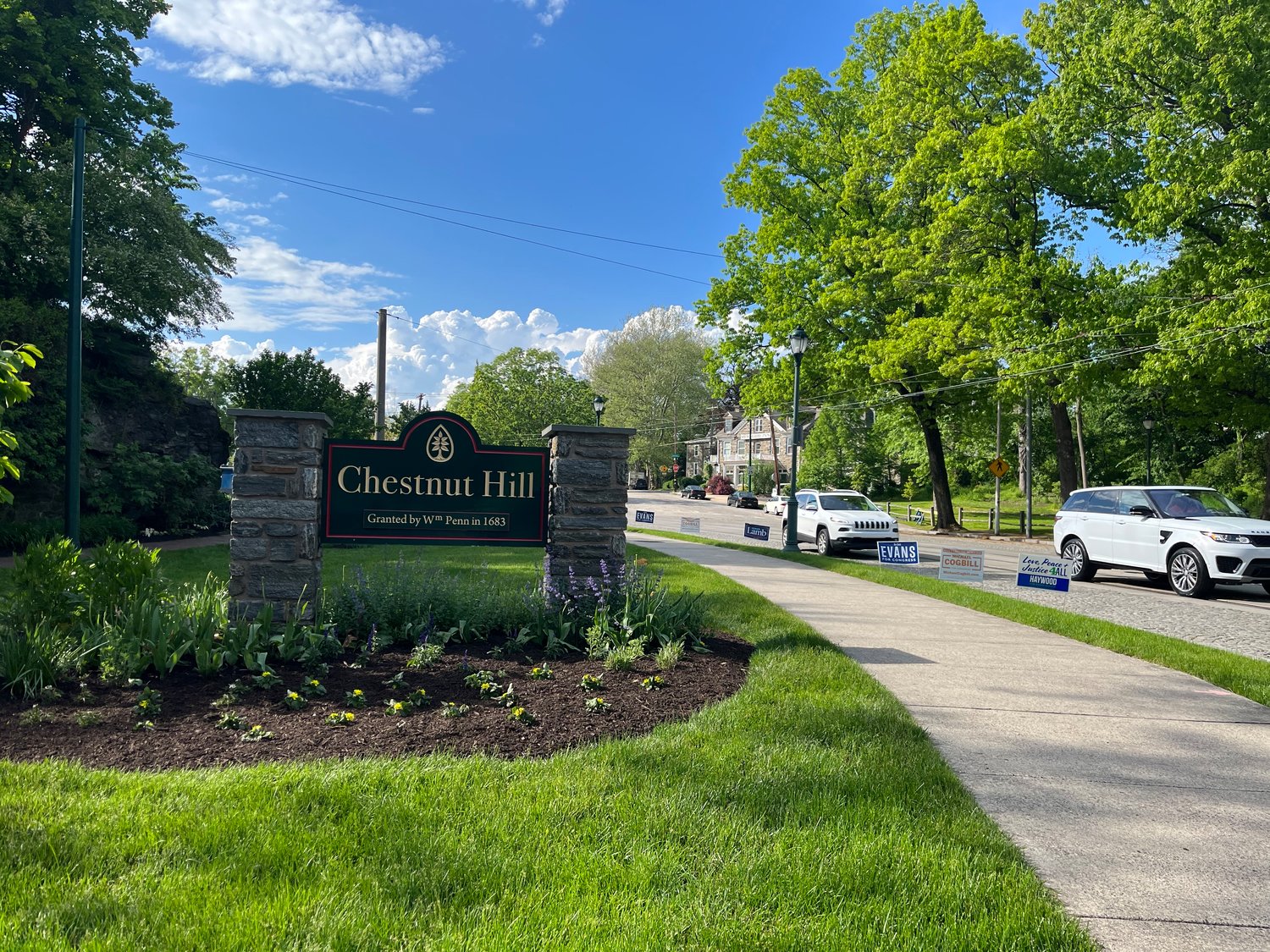 Chestnut Hill and neighboring Mt. Airy are seeing steep increases to their tax assessments. Photo by Carla Robinson
Posted Wednesday, May 18, 2022 9:52 am
by Carla Robinson and Tom Beck

Philadelphia’s first new tax assessment in three years has hit homeowners hard as housing prices have skyrocketed in neighborhoods across the city.

Homeowners in the Northwest are grappling with the potential impact of increases as high as 30 to 40 percent - and in some cases even more. Both Chestnut Hill and Mt. Airy have a wide range of housing stock, from modest row houses to larger estates that sell for well more than $1 million - and for all of these housing types the impact could be enormous.

“The City's latest property reassessments have many of our constituents confused and panicked, if the volume of calls is any indication,” said City Councilmember Cindy Bass. “I am looking into what remedies Council can provide residents whose 2023 property reassessments may have doubled, or even tripled. My office is working to make sure our constituents who are facing shocking tax increases as a result of outrageous, higher than usual property valuations are informed of how they can file an appeal, as well as take advantage of special real estate tax relief programs.”

“It’s one thing for people who can afford it,” he said “But for the people who can’t, it’s grossly unfair to have to bear the burden of such a big increase all at once and out of the blue.”

Drexel University economist Kevin Gillen, who specializes in housing, said increases in the Northwest are slightly lower than those around Center City.

Meanwhile, he said, demand for housing in Mt. Airy and Chestnut Hill was the highest of anywhere else in the city during the two years of COVID shutdowns. According to a study he did late last year, 19118 and 19119 are the only two zip codes in the city that did not lose population during the pandemic.

Gillen said that citywide, property values rose 20% over the past two years, so there’s “a decent rationale” for the increases.

“The [Office of Property Assessment’s] job is to get assessments accurate,” Gillen said. “If you don’t like what’s happened to your tax bill, your argument is with the City Council. They’re the ones that set the tax rates.”

He has a point. The Local looked into several properties that sold recently in both Mt. Airy and Chestnut Hill, and found that while their assessments rose significantly, all of them sold for more than the newly estimated market value.

For instance, one estate on the west side of Germantown Avenue had been assessed for about $600,000. The new assessment doubled - a 100 percent increase - to about $1.2 million. But the property sold for $1.7 million - 34 percent more than the new assessment.

But doubling a tax assessment in one year is a big deal no matter who you are. And, as Elfant noted, Philadelphia homeowners have, historically, not had to face the crushing tax rates of some nearby neighborhoods.

“Philadelphia homeowners have been reasonably assessed, when you compare it to suburban areas, or even New Jersey,” Elfant told the Local. “They’re not getting the same level of service for their taxes, in terms of schools, for instance, and that has historically been somewhat of a trade-off.”

Elfant said he worries that being hit with such a big increase now, after two years of struggling with the financial impact of COVID, could be a final straw for some low- and middle-income homeowners.

“This is another big blow to those who can least afford it,” he said. “It’s one thing to give a 50 percent increase to someone who’s well heeled. Yeah, maybe it’s a shock, and it may seem unfair, but they can better afford it than those who are more disadvantaged.”

On top of the large percentage increase overall, some property owners are complaining about assessments that seem arbitrary.

“In terms of our holdings in Mt. Airy, there are many strange increases and decreases this year that are out of whack with market values,” developer Ken Weinstein wrote to the Local in an email. “Needless to say, we will be appealing dozens of properties this year after we finish our analysis.”

Weinstein wrote that his total portfolio of properties is seeing an average increase of 41.3%, “which is pretty outrageous.”

Within those holdings, however, he said there’s a wide range of fluctuation with the new assessments - from a decrease of 25.4% on 5845 Germantown Avenue in Germantown, a two-story commercial property one block south of the now-shuttered Germantown High School to an increase of 845.4% on the Waldorf School at 6008 Wayne Avenue. Furthermore, he said, the 25.4% decrease on the former building came despite steep tax increases on its two adjacent properties.

Another example Weinstein cited was 6631-33 Chew Ave., another two-story commercial property in East Mt. Airy. That assessment went down 15.2%, while a nearly identical property next door went up 16.3%.

“Both are fully occupied, fully renovated properties so it makes little to no sense that one would increase while the other would decrease,” he said. “Overall, the assessments assigned by OPA do not reflect the actual value of the properties.”

Elfant said he thinks that now is a bad time to reassess, because market activity in the last two years has pushed values up so high.

“One of the big flaws here is that these assessments are based on the resale prices of the last two to three years,” he said. “We’ve been experiencing an unprecedented market.”

When it comes to housing prices, Elfant said, what goes up can sometimes come down. And it wouldn’t be right for tax assessments to be locked in at numbers that exceed what a house may ultimately sell for.

“I don’t have a crystal ball but it’s entirely possible that these values could come down,” he said. “As for taxes, once they go up, they don’t often go down. So to set tax assessments based on a bull market seems a little unfair.”

The city has not yet published citywide data from the reassessment, and said it may not be mailing final numbers out to homeowners until as late as September.

But according to an analysis recently reported by The Inquirer, median residential property value increased more than 60% in five ZIP codes.

City Council is considering some moves to soften the blow, including raising the current homestead exemption from $45,000 to $65,000.

Elfant said he thinks the city may also consider phasing it in - especially for low- and middle-income homeowners.

“There’s a decent chance that City Council will do something,” he said.

The deadline for property owners to appeal assessments with the Board of Revision of Taxes is Oct. 3

Correction: This article has been updated to correct an inaccuracy. The original version  attributed to  Kevin Gllen the  statement that property taxes had gone up  20 percent in each of the last two years. In fact, values have gone up a total of 20 percent over two years, not taxes.