Philadelphia-based band I Think Like Midnight headlines the first edition of the Chestnut Hill Community Association’s 2022 Summer Concerts series in Pastorius Park on June 15 at 7:30 p.m. The presenting sponsor is Chestnut Hill Hospital, and admission is free. 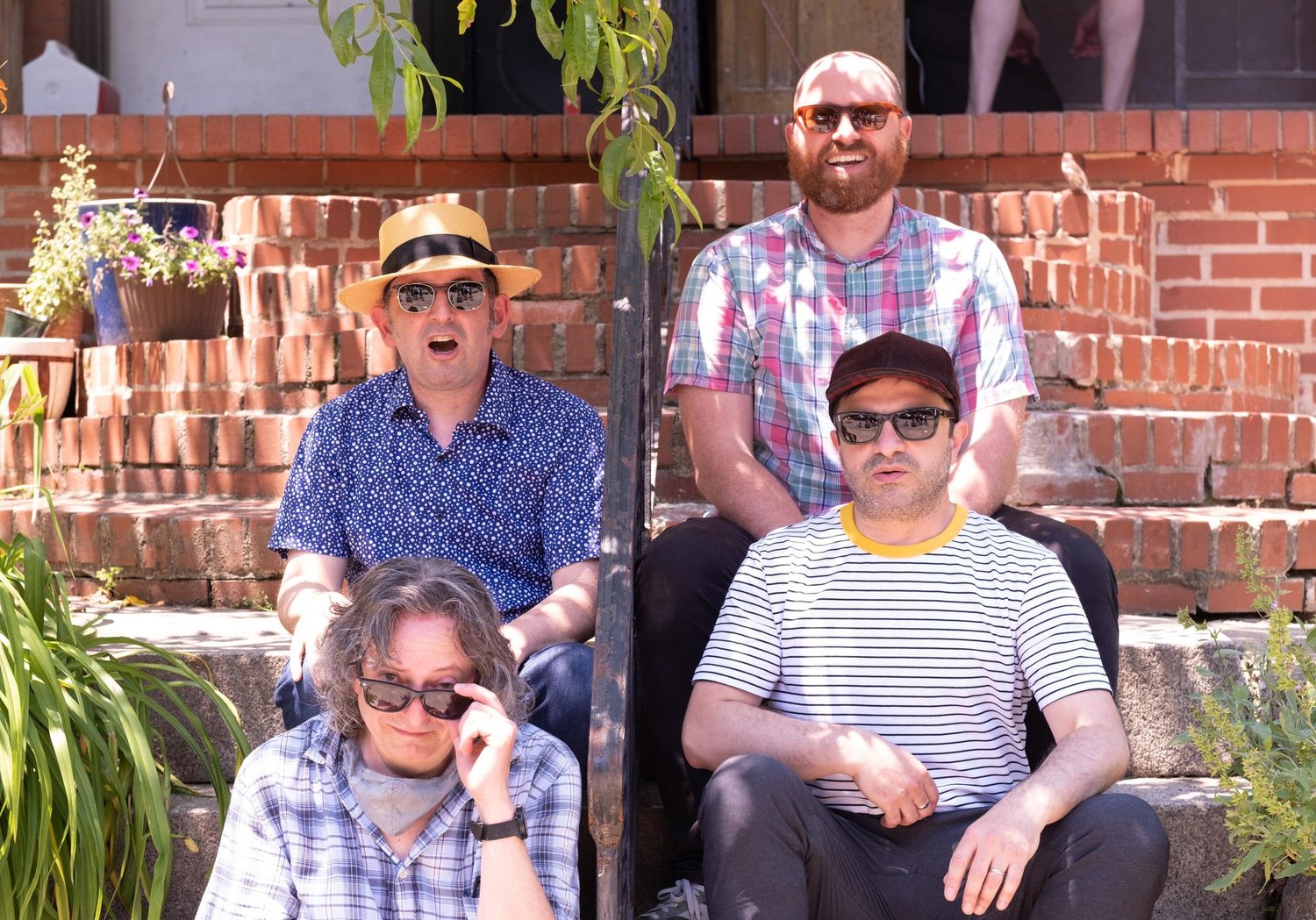 I Think Like Midnight headlines the first CHCA 2022 summer concert. Chestnut Hill Hospital is pleased to once again sponsor the Pastorius Park Concerts. Physician representatives from the hospital’s Women’s Center, and orthopedic, surgery, family medicine and emergency departments will join in the fun throughout the seven-week series and be available prior to the performance to talk to concertgoers.
Posted Thursday, June 9, 2022 12:00 am
by Tom Beck

Nowadays, it may be the case that classical music or jazz would be the first genre to come to mind when somebody says “instrumental music,” but there used to be a time when it was common for rock and roll bands to forego vocals as well. Back in the 50s and 60s, lyric-less rock-oriented artists like Link Wray and The Ventures, and R&B's Booker T. & the M.G.’s could be heard on the radio waves - and that’s precisely what Philadelphia-based I Think Like Midnight seeks to reproduce.

It’s a sound Hillers will get to hear first-hand when the band headlines the first edition of the Chestnut Hill Community Association’s 2022 Summer Concerts series in Pastorius Park on June 15 at 7:30 p.m. The presenting sponsor is Chestnut Hill Hospital, and admission is free.

The band was formed by two local musicians. There’s guitarist Andrew Chalfen, formerly of The Trolleyvox, and drummer Dean Sabatino, formerly of the Dead Milkmen.

“Andrew and I were both fans of instrumental music,” said Sabatino in a phone interview with the Local. “A lot of it has to do with Andrew who really was the instigator of this project.”

The band initially started as a recording project between Chalfen and Sabatino when they were invited to Ithaca, NY, to record for free in a home studio owned by their friend, novelist and Cornell University English professor J. Robert Lennon.

“I had a bunch of ideas I recorded on a cassette memo machine,” Chalfen explained. “I went through these ideas and I fleshed them out in the studio. We recorded 12 or 14 of them.”

And what started as a recording project eventually became the band’s first album, “Warm Seclusion Structure,'' which was released in 2014. Chalfen and Sabatino liked it so much that they decided to recruit more musicians so the songs could be performed live. And voila! I Think Like Midnight was formed.

Chalfen, who compulsively keeps a list of band names and song titles he comes up with, said he thought of  the idea for the band name when he was at a friend’s concert.

“What time do you go on?” Sabatino asked her. “I think, like, midnight,” was her response.

“It sounds a whole lot deeper than it is,” Chalfen said. “It’s a non sequitur, and I like that - things pretending to be deep. It’s a flattening of meaning.”

Genre-wise, the band, who compares themselves to bands like Spoon, Yo La Tengo and Television, is indie rock. But mostly the music can be summed up with one word: melody. Whether it’s the rollicking snare drum on “Block Captain,” the laser beam guitar parts on “Daychord” or the raindroppy piano bits on “Everyone Has a Silver Car,” I Think Like Midnight has the hooks to draw listeners in. The music is paradoxically relaxing and energizing, a mix which makes for the perfect driving music. Its instrumental nature is trance-inducing in the best way.

The band is currently in the throes of recording a new album, which should be finished later this year. No promises, but Midnight hopes the record will come out next year. Attendees at the Pastorius Park show can expect to hear some of that new material. Sabatino called the record “an extension of our sound.”

“With the addition of [keyboardist] Alex [Yāker], who's also an accomplished guitar player, he switches to a second guitar which changes up our sound a little bit,” Sabatino said. “There’s a few odd time signature songs creeping out.”

The Pastorius Park show is the first of seven scheduled concerts the CHCA has booked for each week from June 15 to July 27.

“We are very excited to once again be partnering with Chestnut Hill Hospital to present the full seven concert series, after one whole year without any music and then last summer with only four performances,” said CHCA executive director Anne McNiff.

While the return of live music to Pastorius Park and elsewhere may be an exciting prospect for music fans of all kinds, the feeling might just pale in comparison to the feeling musicians, who are still just beginning their return to live performances, are feeling. It’s a return to their livelihood.

“But there’s nothing like playing with a group of friends,” Chalfen said, “and coming up with something that’s greater than the sum of its parts.”