Impressionism: A View from Philadelphia

Readers of the Chestnut Hill Local will know that Woodmere is working hard to save Saint Michael’s Hall from the wrecking ball. The game changer is that Woodmere’s collection would come to life as never before.

Impressionism: A View from Philadelphia 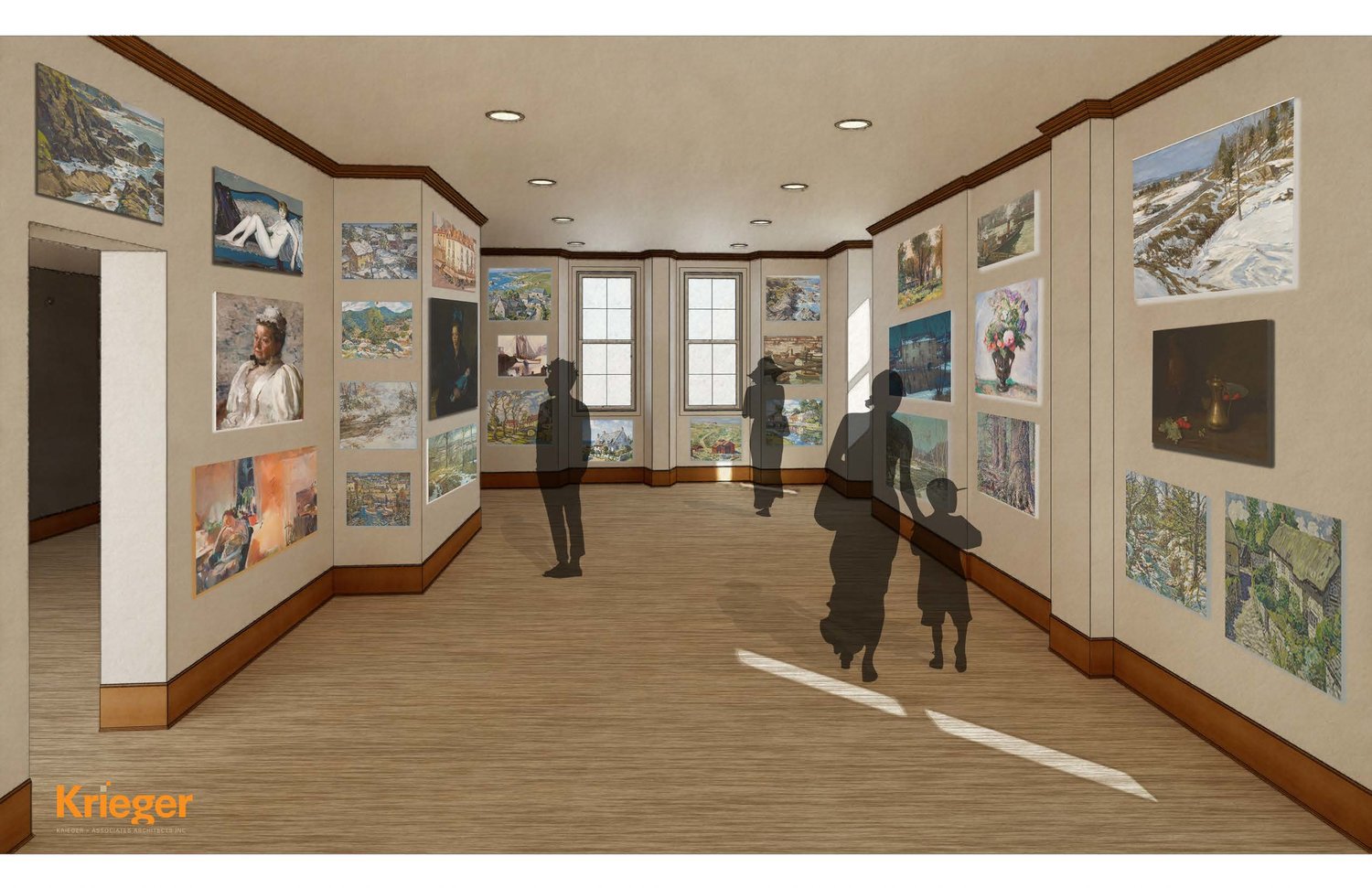 A rendering by Krieger and Associates Architects shows what a dedicated gallery space would look like in St. Michael’s Hall should Woodmere Art Museum succeed in purchasing the property.
Posted Thursday, May 27, 2021 10:00 am
by William Valerio

Readers of the Chestnut Hill Local will know that Woodmere is working hard to save Saint Michael’s Hall from the wrecking ball. We thank the many individuals in our community who are contributing generously to the effort.

Our vision for the mansion is to create “study galleries” for the Museum’s collection, hanging art from floor to ceiling throughout Saint Michael’s Hall in order to make the collection accessible and coherent to an extent we couldn’t have imagined two months ago. The presentation will have focus and order, with discreet rooms in the mansion dedicated to specific areas of strength in Woodmere’s collection. For example, the north-facing main bedroom on the second floor will serve as home for Woodmere’s collection of works by the Impressionist artists of Philadelphia.

The best way for me to illustrate why this opportunity would be such a game changer is to invite you to the exhibition we opened last Saturday, “Impressionism: A View from Philadelphia,” on view through early 2022. A showcase for an area of concentration in Woodmere’s collection, the exhibition includes paintings and works on paper that tell the story of Philadelphia’s contribution to the overarching narrative of American Impressionism.

Having swept through Paris in the 1870s, Impressionism became an international phenomenon, taking root in many cities and rural art colonies throughout Europe and the Americas up through the 1920s and beyond. In general, Impressionist artists rejected academic methods and worked in a “naturalist” manner, painting directly from the subjects before them, whether en plein air or in the studio.

Philadelphia and its region became one of the important centers of Impressionist painting. This was in part because of Mary Cassatt’s powerful influence; she had participated in the formation of the movement in Paris and became a mentor to a younger generation of artists in Philadelphia such as Adolph Borie and George Biddle.

In the 1890s, the Pennsylvania Academy of the Fine Arts recruited William Merritt Chase and Robert Vonnoh, who were among the early proponents of Impressionism in America. In 1895, Cecilia Beaux, who had also trained in Paris, was hired as the Academy’s first female instructor. The students of this trio included Edward Redfield and W. Elmer Schofield, who became the leading voices in what we know today as Pennsylvania Impressionism.

Chestnut Hiller Carroll Tyson was also an Impressionist painter and a powerfully influential collector who brought to Philadelphia such masterpieces as Renoir’s Bathers and Van Gogh’s Sunflowers, now firmly ensconced as anchors in the collection of the Philadelphia Museum of Art. By the 1890s, William Langson Lathrop’s colony in New Hope had also taken off as a magnet for artists who sought fellowship in paint, color, and the bucolic life of the countryside.

When we assemble all of the above-mentioned artists together on the walls of our galleries, as in the current exhibition, the threads of a beautiful tapestry in the arts unfolds before our eyes. We intend to offer this same experience as an ongoing exploration in the light-filled spaces of Saint Michael’s Hall, alongside other important conversations specific to the arts in Philadelphia.

The game changer is that Woodmere’s collection would come to life as never before, and the important achievements of Philadelphia’s many great artists would shine with an entirely new level of visibility. All of this represents exponential advancement of Woodmere’s mission to tell the stories of Philadelphia’s artists.

William Valerio is the director of Woodmere Art Museum.

Local photographer adapts her business for a pandemic world