Among its many singularities, 2020 is a year when the Christian “Solemnity of All Saints” fell on a Sunday. This liturgical celebration of the saints of the faith took place Nov. 1 and … 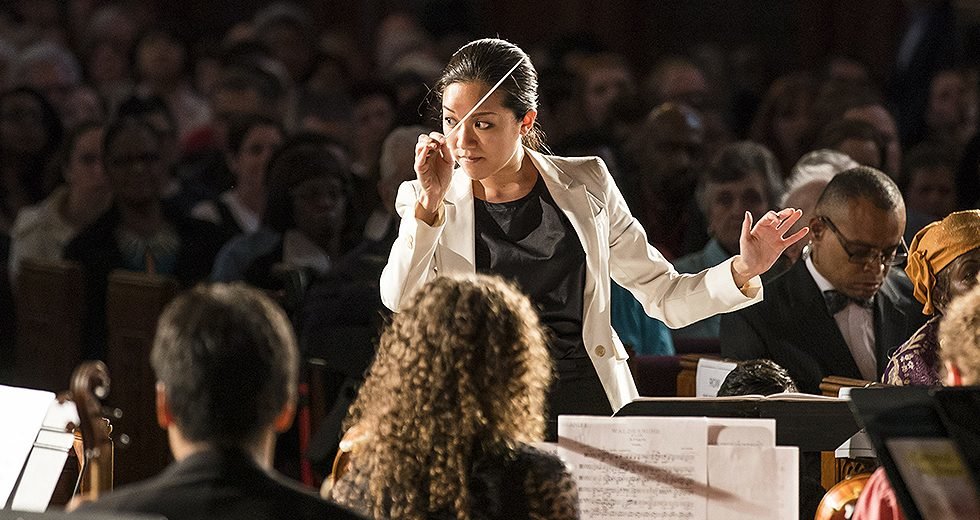 Among its many singularities, 2020 is a year when the Christian “Solemnity of All Saints” fell on a Sunday. This liturgical celebration of the saints of the faith took place Nov. 1 and was marked by a “virtual” Choral Evensong at St. Paul’s Episcopal Church, Chestnut Hill. Parish music director Andrew Kotylo conducted an “actual” choir in a musical program that included Brewer’s “Evening Service” and Harris’ “O What Their Joy and Their Glory Must Be.”

Brewer’s “Evening Service” begins with a sweeping “Magnificat” and concludes with a somber “Nunc dimittis.” The former offers an idiomatic setting of its English-language text; the former offers a glowing internalized expectation of eternal life. Both movements were sung with impressive ensemble, balance and dynamic scope.

Earlier in the day, I heard the world premiere of Bryan Dunnewald’s “Communion Service in G (Rosemont Service)” at the Episcopal Church of the Good Shepherd. The 25-year-old Curtis Institute of Music alumnus composed the English setting of the traditional movements of the “Ordinary of the Mass” to mark the naming of Father Kyle Babin as the parish’s new rector in late August.

The Philadelphia Orchestra continued its virtual season Nov. 5-8 with a concert that focused on the playing of its justly revered string section. Assistant conductor Erina Yashima led the Philadelphians in glowing renditions of George Walker’s “Lyric for Strings” and Dvorak’s “Serenade for Strings.”

Recorded on the stage of the Mann Music Center when the weather was still consistently warmer, both performances re-assured one and all that the ravages of the Covid-19 virus have not damaged the purity and luster of the sound of the orchestra’s string section.

Although Leopold Stokowski set as his goal in 1912, when he assumed the music directorship of the Philadelphia Orchestra, the complete revamping of the ensemble, his special focus was on the string section. By hiring only the best players in the world and instituting the technique of varied bowings between the individual musicians, he created a string section that offered playing characterized by a glistening shimmer and immaculate ensemble. His successor, Eugene Ormandy, a trained violinist himself, maintained and then enhanced the section’s international reputation through 25 years of treasured recordings on the Columbia Masterworks label.

With the inestimable help of the Curtis Institute of Music’s string faculty, the orchestra has held that peerless esteem throughout the directorships of Muti, Sawallisch, Eschenbach, Dutoit and now Nezet-Seguin. When Yashima mounted the Mann Center’s podium for two works written specifically for strings, she did so with the assurance that her baton would elicit playing of beauty and sensitivity.

Walker (1922-2018) originally composed his “Lyric for Strings” for string quartet in 1946. It was so well received that he fleshed it out for full string orchestra. In this, he followed in the footsteps of his fellow Curtis alumnus, West Chester’s Samuel Barber, who expanded the slow movement of his 1936 String Quartet into “Adagio for Strings.” Walker was the first African American composer to win the Pulitzer Prize, an honor he earned in 1996 for “Lilacs.”

Steeped deeply in traditional tonality, “Lyric for Strings” begins gently and sadly, replete with singing inner voices supporting a melodic narrative that flows unbroken through development and passion. Walker showed himself a master of vertical expression and horizontal drama, bringing the music to a sweetly colored resolution.

Yashima's work in Dvorak’s “Serenade for Strings” was less consistent. She drew playing from the Philadelphians of swarthy timbres in the opening “Moderato” and caught the essence of the dance in the following “Tempo di valse.” But in the “Scherzo vivace,” she allowed to tempo to slacken. In the “Larghetto,” her approach was terribly timid. Fortunately, in the closing “Allegro vivace,” she seemed to recover her stride and led the ensemble with vibrant energy.