Bob Weick didn't become an actor until what he calls “late in life.” He was 40 and singing with a choral group when the musical director suggested that he try acting. 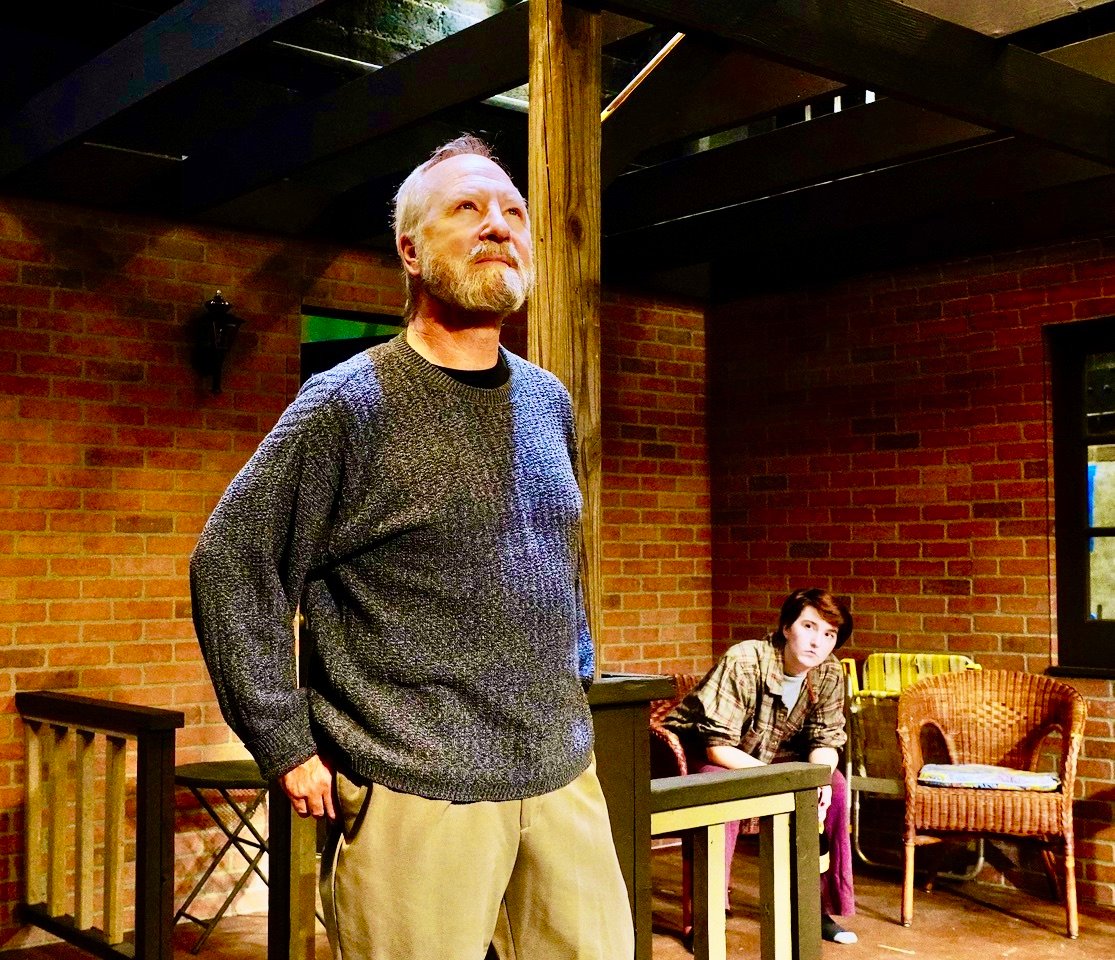 Bob Weick, a specialist in the care of horses' hooves and horseshoes, is currently performing at Chestnut Hill's Stagecrafters Theatre in “Proof” by award-winning playwright David Auburn now through Oct. 1.
Posted Thursday, September 29, 2022 12:00 am
by Rita Charleston

Bob Weick didn't become an actor until what he calls “late in life.” He was 40 and singing with a choral group when the musical director suggested that he try acting in the theater.

“I took his advice,” said Weick, of West Chester. “One thing led to another, and the next thing I knew I was acting professionally. I enjoyed the process so much that here I am years later, still doing it and still enjoying it.”

Weick’s latest acting challenge is the role of Robert in the Stagecrafters Theater production of “Proof,” a drama about the truth behind a mysterious mathematical discovery. The play by award-winning playwright David Auburn premiered on  Broadway in October of 2000, and went on to win the Drama Desk Award, Pulitzer Prize and Tony Award for Best Play. The Stagecrafters production runs through Oct. 1 at the troupe’s theater in Chestnut Hill.

“Proof” tells the story of Catherine, who has spent years caring for her father Robert, a brilliant mathematician who struggled with mental illness. After his death, Catherine also shows signs of mental disability and fears she may have inherited his debilitating illness.

Caught between a newfound connection with Hal, one of her father's former students, and her sister Claire, Catherine finds her world and her mind growing increasingly unstable. Then Hal discovers a groundbreaking proof among the 103 notebooks Catherine's father left behind. But when was it written? And by whom?

Becky Fleckner directed the production at Stagecrafters. Weick’s role as Robert appears in flashbacks and in Catherine’s imagination. The actor describes his character as one who can be “manic and delusional.”

Weick’s acting career began many years after he graduated from Lehigh University, with a major in psychology and business management. At the time, he didn't know what he wanted to do with his life or career.

But he remembers his wife had a horse, and one day a man came out to shoe her horse.

“I watched him work and was fascinated,” Weick recalled. “At the time I had no real direction, and I saw an opportunity to do something I could really enjoy. So I served an apprenticeship and became a farrier (a specialist in the care of horses' hooves and horseshoes) myself. Today I still do it part-time while the other time I'm acting, which I also enjoy very much.”

After following the advice of the musical director and trying acting, Weick enrolled in acting classes. He remembers the words of one of his teachers. “She said, 'If you can act, I can help you. But if you can't act, I can't help you.'” Over the years, Weick proved he could act.

“What many people don't realize is just how hard being an actor really is,” he said. “First, there's having to memorize all your lines. And that could take many hours just working on the text so you can perform the role the way the writer had written the lines and the way he/she intended it to be”

Wieck has gone on to appear in many stage plays at Philadelphia area venues, including Iron Age Theatre (where he is a company member), Hedgerow Theatre, Arden Theatre Company and many more. He's appeared on TV and films and is the international touring actor in Howard Zinn's “Marx in Soho,” which he has performed more than 300 times across the country. He is also a two-time Barrymore Award nominee for performances in Iron Age Theatre's “Terra Nova” and Theatre Horizon’s for “Circle Mirror Transformation.”

“I played Robert (in 'Proof') once before at Cedar Crest College,” Weick remembers. “That was in 2005-2006, and the college needed an older man to play the role. I was chosen. But that doesn't make it any easier to play the role this time around. Robert is such a demanding role, such a demanding character. I'm a different person today. I'm older and can relate to him much more now than I did all those years ago.”