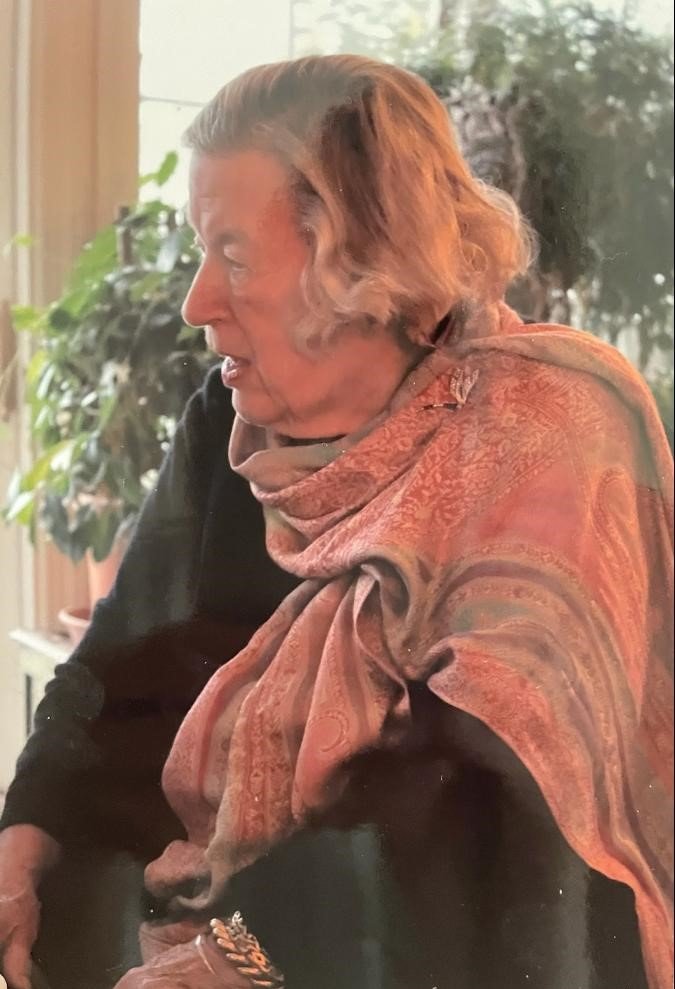 Isabel Murdoch (nee Allan) Coxe, of Ambler, was born in Chestnut Hill on September 20, 1929, to the late D. Gordon and Caroline Allan.

A devoted wife, mother, and grandmother, “Sally” was a ferocious advocate for her children who kept an open door for their friends. The house on Seminole Avenue was famous for hosting street hockey, wiffle ball, and many late-night games of “Kick the Can.”

A lover of words and information, she was a voracious reader and the undisputed family Jeopardy! champion. She dispatched the New York Times’ and numerous other crossword puzzles every week.  Sally would go to any length to obtain the answer to a query. Before the internet era, she once called the Inquirer editorial desk to confirm the names of all Seven Dwarves.  (“I don’t know if you can help me, but…”).

She attended Miss Zara’s, Springside and Agnes Irwin Schools. After a career in fashion and retail as a buyer for Bonwit Teller and Nan Duskin in downtown Philadelphia, she raised her four children and worked at Chestnut Hill Academy for 20 years retiring in 1998.

Known for her masterful needlepoint and knitting, Sally was also an active volunteer with numerous organizations including the Garden Club of Philadelphia, where she helped run its famed Flower Show, and the Wissahickon Skating Club, where she managed the scheduling of the youth hockey programs and helped conceive of the first All-Ladies’ team. She Loved all animals and was a lifelong pet owner with her husband Harry, rescuing senior dogs for as long as they could.

She is survived, and will be deeply missed, by family and friends including her husband Henry B. Coxe, and children Henry (Katrina), Caroline, Alexander( Angela Pierce), Helen, and grandchildren Henry and Edmund.

A private burial is scheduled for later in the month.

In lieu of flowers, contributions may be made to the Doris Day Animal Foundation www.dorisdayanimalfoundation.org or the ASPCA www.aspca.org