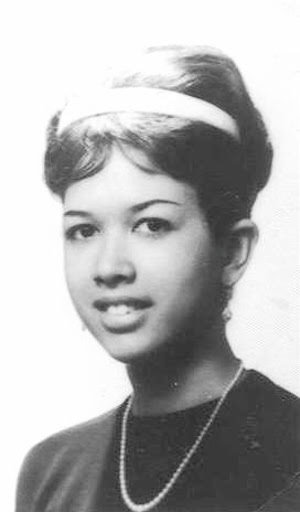 Quixotic Puerto Rican poet, mother, and Arts & Crafts enthusiast, Janette V. Bayton, died on July 30th, 2019 in Far Rockaway, New York. Born in Santurce, Puerto Rico on October 28th, 1946 to Elsie L. Graham, a Jamaican American, and Ernest Beckinella, a Sicilian American, Janette spent her early childhood on the Caribbean island. Janette’s parents had taken the advice of Ernest’s angry relatives and fled New York City for a more welcoming environment. Unfortunately, Ernest and Elsie grew estranged and returned with young Janette to New York. Elsie quickly remarried a fellow social worker, Alex Chocianowski, a devout Catholic and Korean War Veteran. Janette spent the remaining years of her childhood in a house in Freeport Long Island that was soon overflowing with siblings (seven altogether.) During her formative years in Freeport, Janette, nicknamed “Becky,” developed a love of poetry and composed many sparkling lines of verse. Some of her favorite writers were William Butler Yeats, Rudyard Kipling, Somerset Maugham, and Langston Hughes. Janette attended Roosevelt High School in Roosevelt, Long Island, where she excelled in her Language Arts and English classes. In 1966 she received an Associates of the Arts in Education from Nassau Community College in Garden City, N.Y. Two years later she received a Bachelor of Arts from the State University of New York in Albany. After traveling to Europe with her childhood friend Pam Simmons, Janette took up teaching in the New York City public schools. It was around that time that she met her husband at the Harlem Museum in N.Y. On October 20th, 1973, Janette Beckinella married Harry Winsworth Bayton the Third of Philadelphia, a Pennsylvania Academy trained sculptor and Cheyney University Instructor. For several years, the couple lived in an apartment on McCallum Street in Mt. Airy Philadelphia, while taking trips to locations in Puerto Rico, Haiti, and Kenya. In 1978, Janette gave birth to twin girls, Adrienne and Tara Bayton. Refusing to be sidelined by the demands of motherhood, Janette embarked upon courses of study at two prominent institutions in Philadelphia. In 1980, she earned a degree in Occupational Therapy from Temple University, continuing from there to pursue a Master’s degree in Geriatric Administration from the University of Pennsylvania. Concurrently, Janette was employed as an Occupational Therapist at Norristown State Hospital. Sadly, her marriage to Harry ended in divorce with the two agreeing, for a time, to joint custody of the twins. The next few years found Janette working as a secretary at Aetna in Philadelphia, while growing more and more involved with the activities and programs at C. W. Henry School, and Summit Presbyterian Church After School Program in Mt. Airy, where her daughters were enrolled. In her free time she drafted poems, essays, and “literarty forms” on an antiquated typewriter, shopped at thrift-stores, sewed garments, and took long walks with her daughters in Philadelphia’s Valley Green. She eventually self-published several books of poetry, including “Jan’s A Through V,” and “Empty Pockets and Book Bags on Our Shoulders;” her poetry can be found in several editions of “Who’s Who in American Poetry.” In 2005, a major health crisis forced Janette to stop working as a civil servant in New York City and to receive longterm supervision and care. She died of kidney failure in hospice care at the age of 72. Her passing is grieved most deeply by her loving daughters, Adrienne and Tara Bayton; by her brothers, Gregory, Mark, Derek, Conrad, Ivan and Jason Chocianowski; by her little sister, Lisa Blake; by her sister-in-laws, Susan and Alva Chocianowski; and by her ex-husband, Harry Bayton. A private memorial will be held on August 17th at the brother Gregory’s home in Islip, New York.