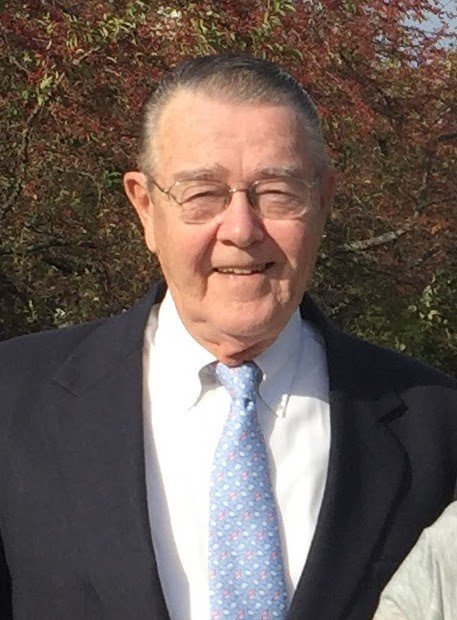 Joseph A. Kane, PhD., 87, of Philadelphia, Pennsylvania, passed away on March 8, 2022, surrounded by his loving wife and children.

He married Alexa Charbonneau, the love of his life, in 1957, who survives him. He is also survived by his sister Mary Roth, his children, Theresa Cooney (Stephen McNichol), Terry Kane, Maureen Delaney, David Kane (Julie Moore), Sheila (Kevin) Gorman, and Megan O’Neill (Scott Spencer). He is also survived by his 13 grandchildren, and 4.67 great grandchildren.  His grandchildren include Brendan, Jonathan, Timothy, and Marissa Cooney; Alex and Molly Delaney; Alexa M. Kane; Seth, Matthew, and Ryan Gorman; and Kristin, Tom, and Sean O’Neill. Great grandchildren include Hunter, Bentley, Kellen, and Carter.

Professionally, he was an educator at LaSalle University where he was a Professor, Dean of the Business School, and ultimately Provost.  He founded LaSalle’s MBA program and was the primary driver of obtaining AACSB accreditation for the business school, which allowed LaSalle to transition from College to University.  He was granted the status of Professor Emeritus at LaSalle University upon his retirement in 1999.

Joe was dedicated to his faith including his and Alexa’s three years as missionaries in South Africa and most recently at OMC Parish, where he served as a Eucharist Minister, Bereavement Counselor, and member of the Finance Committee.

Joe’s passion, after his family and faith, was investing in the stock market where he was frequently found monitoring his investments.

Relatives and friends are invited to call on Monday, March 14, 2022 from 6 to 8 p.m. at Jacob Ruth Funeral Home (8413 Germantown Avenue, Chestnut Hill) and Tuesday March 15, 2022 from 9 to 10 a.m. at Our Mother of Consolation Roman Catholic Church (9 E. Chestnut Hill Avenue, Philadelphia).  A Funeral Mass will be celebrated at 10 a.m. with burial to follow at Holy Sepulchre Cemetery. In lieu of sending flowers, please send donations to the Neurofibromatosis Foundation at Homepage - Neurofibromatosis Network (nfnetwork.org).