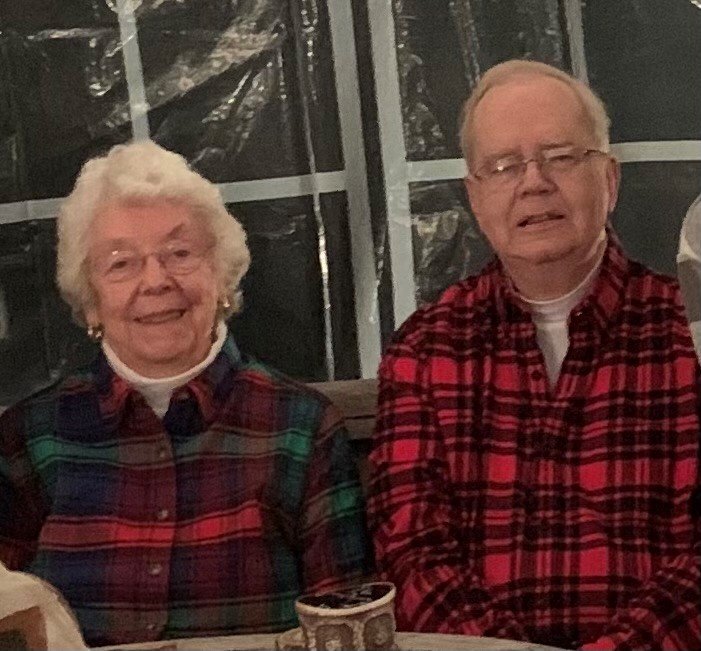 Ned, as he was known to friends, passed away peacefully on Saturday, Jan. 22.

He grew up in Greensburg, PA, with his older sisters Mary, Jean (Anderson), and Ann (Krissinger). At Greensburg High School, he met classmate Rujean Inglis and before long the two were an item.

Ned departed for college in 1953 to embrace life as a Raider at Colgate University. He was an active member of Beta Theta Pi fraternity, the debate team, Student Senate and the Colgate Salmagundi yearbook including serving as managing editor. In his senior year, Ned was named to Colgate’s Konosioni honor society for recognition of leadership, service and tradition.

Ned and Rujean continued their courtship during college, and he returned to Greensburg to marry his high school sweetheart in 1957. The couple resided at the University of Pittsburgh where they became dorm parents for the university’s first girls dormitory. Ned earned a master’s degree in public administration from Pitt and worked in McKeesport, PA., before heading to Philadelphia.

During retirement, Ned assumed the position of Chestnut Hill Community Association executive director and guided the community’s activities until 2001. An active community servant throughout his life, including serving on Chestnut Hill Fathers Club Board, Ned was most committed to the Land Use Planning and Zoning Committee (LUPZ). He always emphasized the “P” in LUPZ because he thought that planning and proactively thinking about responsible development would lead to our community’s adaptability, growth and ultimate success. In addition, Ned was a 55-year member of the Presbyterian Church of Chestnut Hill where he was an elder and served on numerous committees.

Ned believed in “service above self” and demonstrated this commitment during 24 years as an active member of the Chestnut Hill Rotary Club. He enjoyed reading to school children in Mt Airy, working to clean up the fountain at the bottom of the hill (now Cliff Park) and supporting fundraising to fulfill the organization’s mission. Most of all, he enjoyed the weekly comradery with fellow Rotarians that led to a better understanding and sharing of individual points of view on current topics that impacted lives near and far.

When he wasn’t tending to his rose garden, Ned enjoyed spending time with Rujean and his family, son Ed (Janice) and daughters Jean (Bill) and Cathy (Ken). His grandchildren Carolyn, Gail, Morgan and Luke will always remember family trips to the beach and Maine, and the annual reciting of “’Twas the Night Before Christmas.” Ned will no longer be seen walking the Avenue, but his spirit for service, family and community will live on amongst us.