When Kathi Clayton first became president of the Chestnut Hill Community Association’s board in August 2020, Chestnut Hill looked a lot different than usual. In fact, the whole world did. 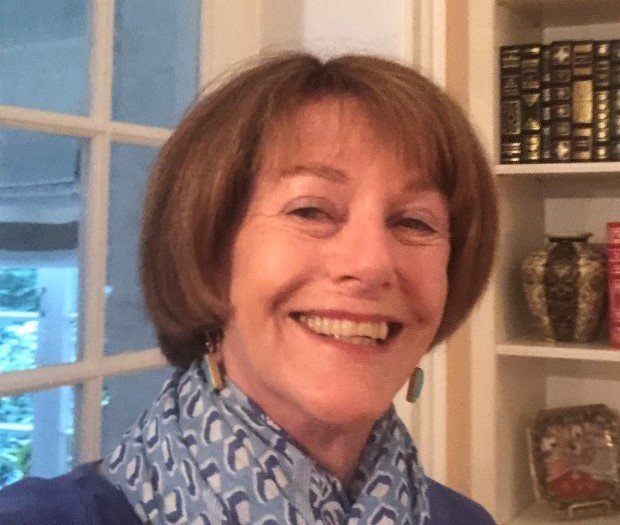 Kathi Clayton was elected to serve a second term as president of the Chestnut Hill Community Association and has set three objectives for the organization.
Posted Thursday, August 11, 2022 12:00 am
by Tom Beck

When Kathi Clayton first became president of the Chestnut Hill Community Association’s board in August 2020, Chestnut Hill looked a lot different than usual. In fact, the whole world did. Deep in the throes of a pandemic, there was no summer concert series in Pastorius Park or movie night programming. Any activities that did happen were held virtually on Zoom.

“That was just as the pandemic was entering its most significant quarantine stage,” Clayton said in a phone interview. “And so the CHCA with its small staff had to pivot and hold Zoom events and activities.”

This summer, Clayton decided to run for re-election. On July 28, she won her second term as CHCA board president. She ran unopposed.

Initially, she didn’t want to run at all.

“And then I thought about the way the board has come together and the new energy among the board members,” she said. “I decided I'd like to be part of that.”

For the duration of her two-year term, Clayton has three objectives she’s hoping to achieve. The first is to strengthen the civic association’s already strong finances.

“The community association is on firm financial footing,” she said, “but it has to continue to strengthen its reserves and its outreach in order to fulfill its purpose.”

The 2022 Fall Frolic, which will be Sept. 15 at the Philadelphia Cricket Club, is designed to do just that. The event, Clayton said, will feature “dinner and dancing, champagne and cocktails.” Event organizers are still reaching out to potential sponsors, but Clayton hopes to have “a large attendance.”

Clayton’s second objective is to improve the association’s outreach.

“We need to better inform the public at large of the various roles of the different organizations in Chestnut Hill,” she said. “We want to work more closely with the [Chestnut Hill] Business Association and our other institutional directors and significant partners to do that.”

The third objective? Providing the association with the resources necessary to succeed.

“We have a terrific executive director in Anne McNiff who needs to have an experienced staff with good skills, to support her,” Clayton said.

Accomplishing those goals would build upon Clayton’s success in her first stint as board president, which included guiding the association through the pandemic and successfully receiving two rounds worth of Paycheck Protection Program loans.

At the time, it was difficult for the board to get to know one another because the meetings were online.

“But after a few meetings, which were all still by Zoom at that time, we found our footing and I'm now pleased to say that, naturally, while some have some different opinions, we're united in support of the CHCA's purpose,” Clayton said.

That purpose, she continued, is “to maintain and improve the quality of life in Chestnut Hill.”

The new blood on the CHCA board, which includes first-time board members David Caulk, Christina Reichert and Matt Rutt, also nudged Clayton in the direction of running for president.

“I'm energized by our board, by the people who have stepped up, and by their diverse backgrounds,” she said. “And the fact that they are younger and committed to a good community in Chestnut Hill.”

For Clayton, getting involved in the community she’s been a resident of for nine years is simply about continuing her tradition of getting to know her neighbors and being active in her neighborhood.