“The opposite of getting is giving, and therein lies a secret to fulfillment." 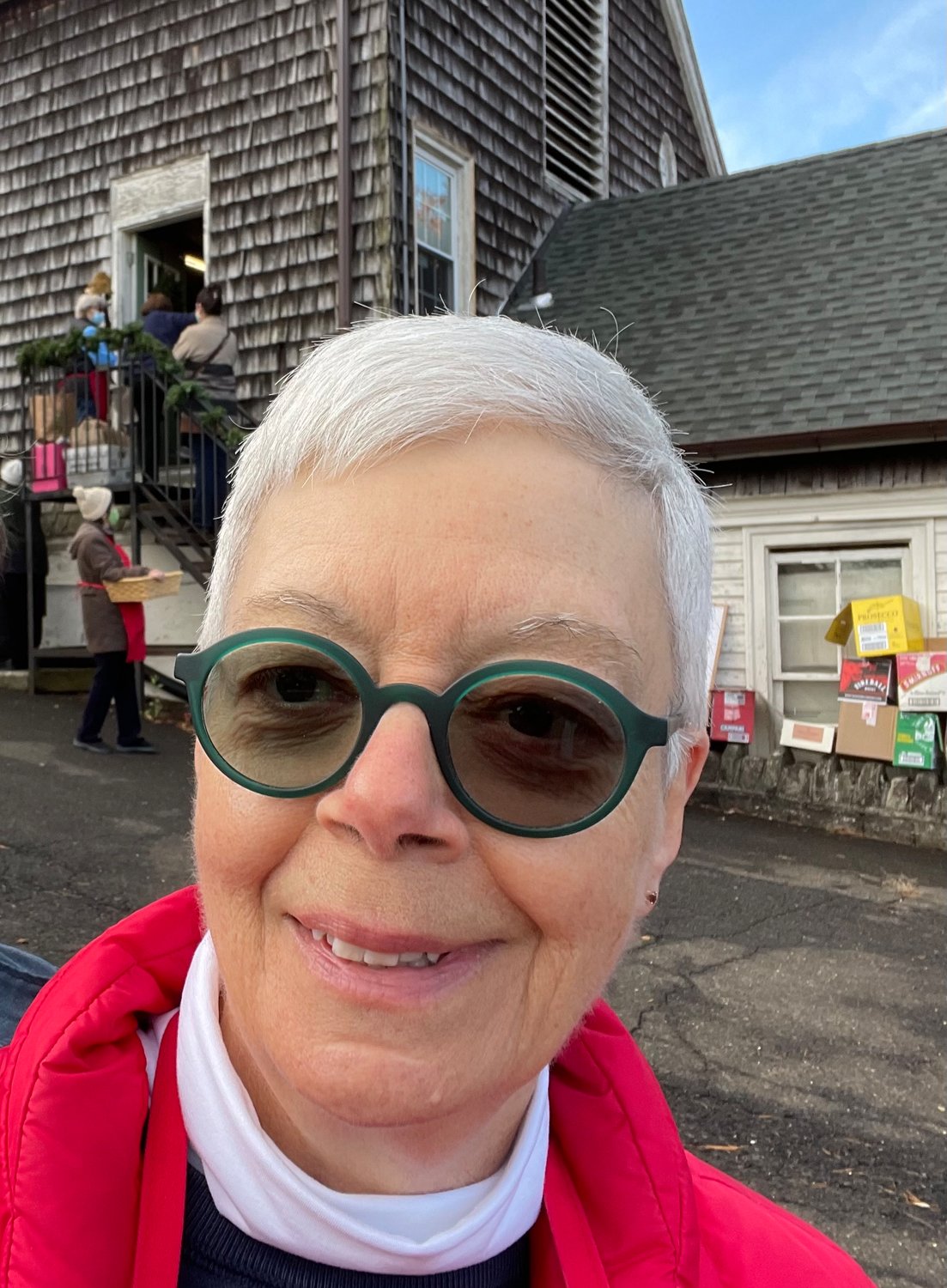 Nancy Miller, the former vice president of taxes for United Technologies, is now a volunteer who has run bric-a-brac, hardware and art at “The Barn” for five years.
Photo by Tom Firehat 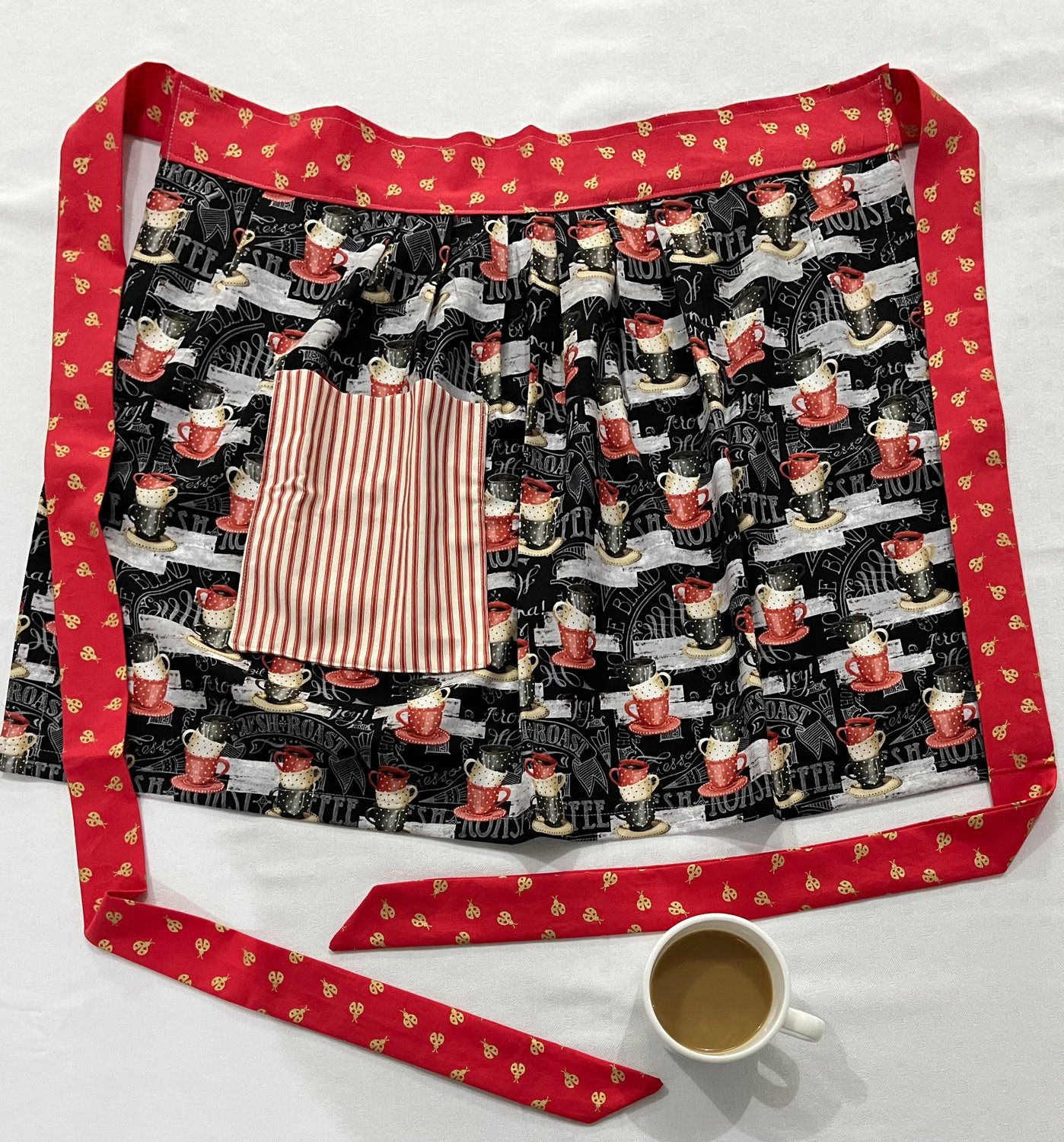 This is one of the many hundreds of colorful aprons, all different, that Lafayette Hill's Nancy Miller has handmade for women in several villages in Honduras.
Previous Next
Posted Thursday, September 8, 2022 12:00 am
by Len Lear

“The opposite of getting is giving, and therein lies a secret to fulfillment. Beyond the point of enough, we achieve happiness by expressing our natural desire to offer our gifts and talents to others.”

When coming across this quote today, I thought of Nancy Miller, a resident of Lafayette Hill for the last 22 years who has led a charmed life.

A native of Norwalk, Conn., Miller is both a lawyer and a certified public accountant. She has an undergraduate degree in history and English from Southern Connecticut State College (now University) and a master's degree in law and taxation from New York University.

For decades, Miller flourished at the highest levels of corporate America. In Detroit, she worked for Burroughs Corp., a major manufacturer of business equipment that merged in 1986 with Sperry, an aerospace technology corporation, to form Unisys. Miller was director of domestic taxes for Unisys, which moved its headquarters to Blue Bell, bringing her to this area.

She left in 1990 to join United Technologies in Hartford, Conn, where she worked until 1994. As vice-president of taxes, Miller traveled the world, working on tax audits in countries such as China, France, Japan, and Germany. “There are only seven countries in the world where the company does not have an office,” she said last week. “I traveled so much that I had to have extra pages put into my Passport book.”

Miller retired from her prestigious corporate career in 2012, when a good friend, Betsy Ervin, suggested that she volunteer at The Barn, a huge facility on the grounds of St. Thomas’ Church, Whitemarsh, which holds regular fundraising rummage sales.

So Miller did. She got involved in the community, and when her mother, Elizabeth Kirschenheiter Gehrling, died a year later at the age of 98, she knew what to do with all 98 of the aprons her mother had crocheted for charity.

“She was a very crafty person and a member of the Norfield Grange in Weston, Conn.T” Miller said. “She was crocheting the day before she died. She made hand-sewn cotton aprons and sold them to raise money for the Grange. They were like quilts. She was always sewing or crocheting.”

Miller gave all 98 aprons to Rob MacNamara, who takes church members to poor villages in Honduras every year to work on projects that bring the villagers clean running water, a luxury in that part of the world.

“Rob gave dozens of the aprons to one village and had some left over for another village,” Miller said. “Rob is a rock star in Honduras. My sister, Marilyn Miller, in Boston makes 25 per year. A friend of mine made 15 left-handed ones. My sister and I made 145 one year, 65 another year. Whatever they ask for. Colorful, and every one is different. I make 10 to 12 percent for left-handed people. (The pocket is on the left side.)”

Why are the aprons so important to the women in the Honduran villages? “Because the women have nothing,” Nancy said. “They can't make them because they don't have money to buy materials, and they don't have sewing machines. They have dirt floors, no safe drinking water and no purses, so they have really big smiles when they get these aprons.”

According to James Weiss, director of the Barn at St. Thomas, “Nancy and her sister quietly and methodically produce dozens and dozens of handmade aprons (to raise money) for the Honduras Water Mission (which provides clean drinking water). They have made over 900 aprons in all!”

In addition, Nancy has run bric-a-brac, hardware and art at The Barn for five years. She now leads a staff of 24 volunteers in bric-a-brac, many of whom have found their own niche.

When the Miller sisters are not making aprons, you might find them at the opera house in Cooperstown, N.Y., which they have visited every year for the past 40 years. They also traveled to London 35 Thanksgiving Days in a row.

While in Cooperstown, they always visit the National Baseball Hall of Fame. In fact, Miller said, she was so impressed with “The Hammering Hebrew,” Hank Greenberg, one of the greatest players of the 1930s and '40s, that she wrote to him.

“He sent me back the most lovely letter, which I still have,” Miller said.

The next St.Thomas Barn Sale is this Saturday, Sept. 10, 8 a.m. to noon. It is usually held on the second Saturday of each month May through November, although there will also be one on Sept. 24 and none in October this year.

For more information, call 215-233-3970 or visit stthomaswhitemarsh.org. Len Lear can be reached at lenlear@chestnuthilllocal.com