As a designer, I have been hired many times by homeowners who have purchased a house that’s perfect in all ways but one. 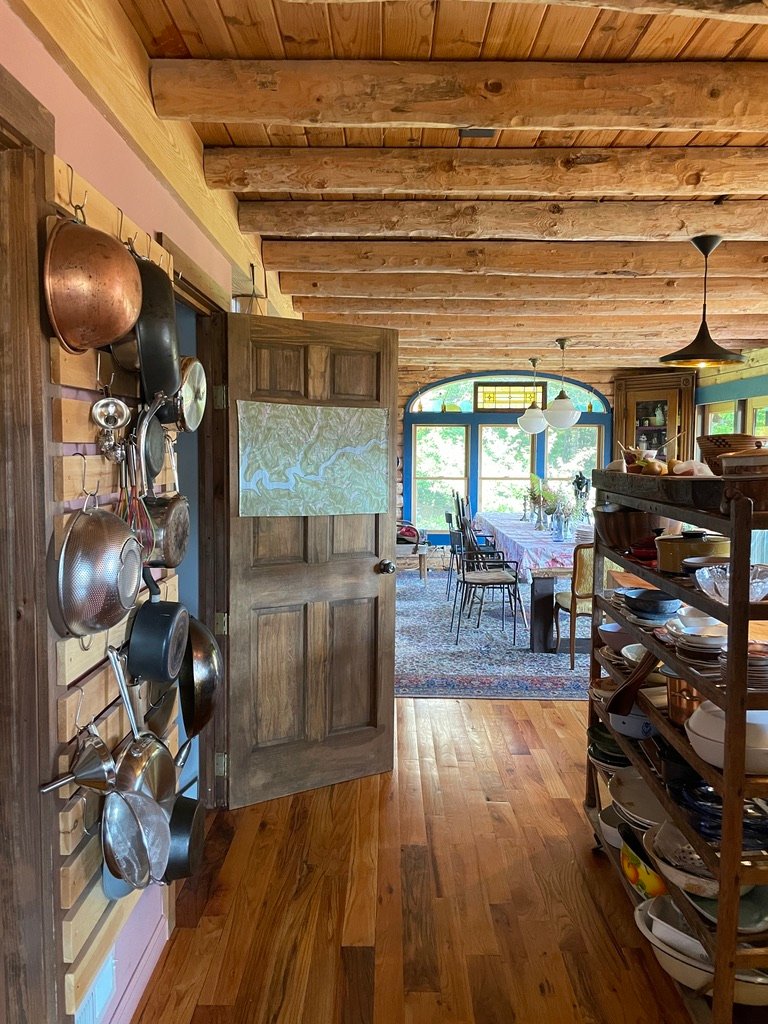 Instead of gutting a mountain cabin, the owners adapted the space, creating something charming and exciting. 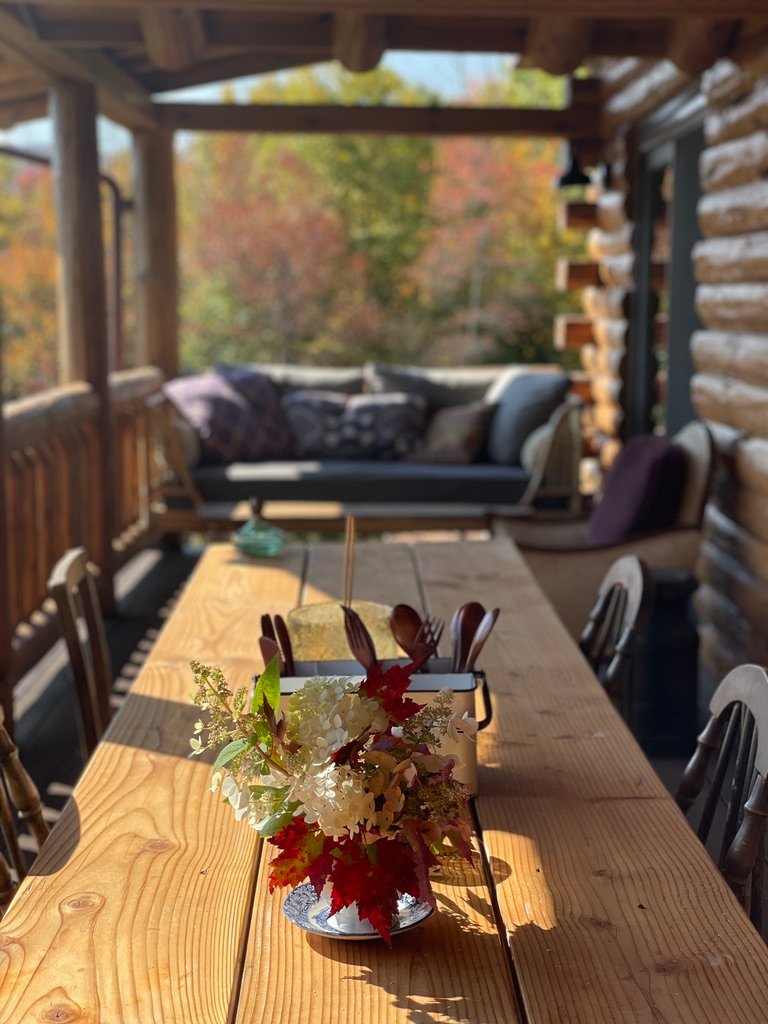 The porch at a cabin where spaces were improved by accentuating their best qualities, rather than razing the building and starting over. 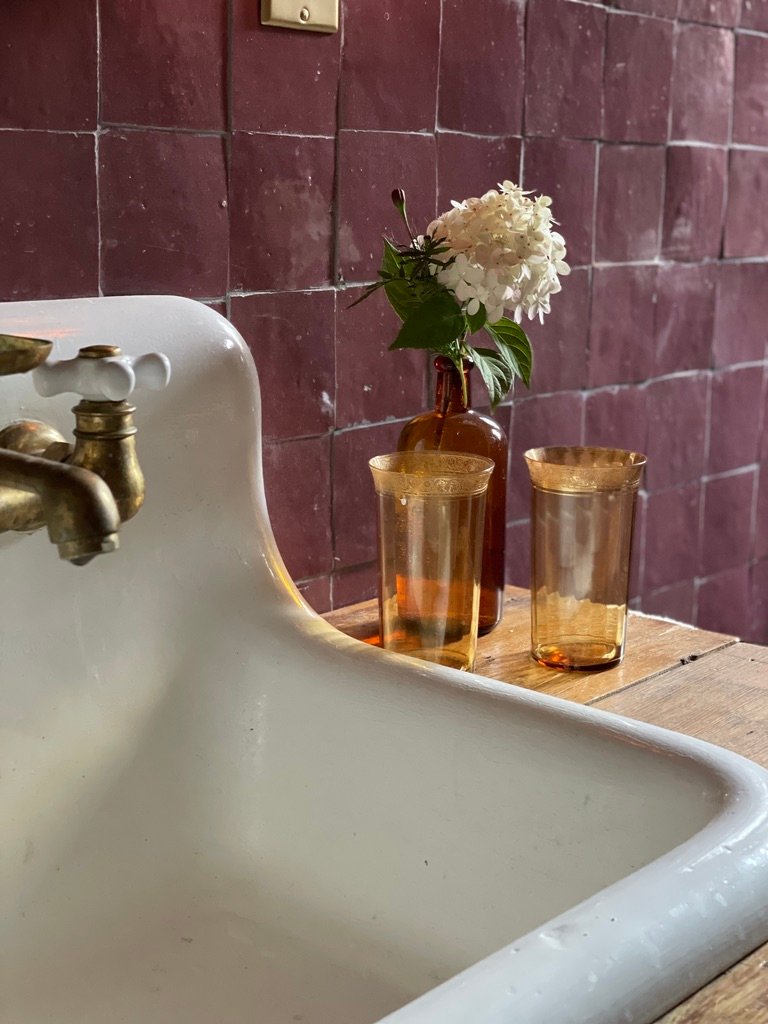 Simple accents can suggest “rural” without a trace of “cute.”
Previous Next
Posted Thursday, November 24, 2022 12:00 am
by Val Nehez

As a designer, I have been hired many times by homeowners who have purchased a house that’s perfect in all ways but one. Good location? Check. Affordable price? Check. Correct number of bedrooms? Check. The house itself? Well…remember that bit about the affordable price?

I love this type of assignment because of what can emerge.

To illustrate, I am going to explain how one couple in upstate New York checked the last box – and not by gutting (or leveling) the structure. Instead they reimagined its interior in small steps. The house is literally and figuratively quite removed from Northwest Philadelphia, but the same principles can be applied anywhere.

A few weeks ago I was invited to spend the weekend in Andes, NY., where my hosts Nikki and Lauren had purchased a cookie-cutter log cabin. It was the kind of suburban pine cabin we’ve all seen dotted along the highway in many parts of America. No surprises there.

Until I walked inside.

Instead of trying to totally renovate what they had, Nikki and Lauren had leaned in to what the house could be – way in. All of the elements that might have reminded you of kitschy America were replaced by beautiful timeless finds – vintage pieces that suggested “rural” without a trace of “cute.”

The result was absolutely charming and inviting.

The pine bi-fold louvered closet doors were replaced with patterned curtains casually hung on brass rings. The bathroom fixtures all had been replaced with those perfect, heavy-handled quality pieces. In the kitchen, a functional wooden drying rack with character, circa 1920s, was placed against the kitchen island. The pegs against the opposite wall held a constellation of pots that collectively gave a sense of industriousness to the space.

Just looking at it made me excited about the prospect of kicking back and spending three whole days both inside and outside this house – something that I hadn’t immediately contemplated from the driveway.

I also realized a couple of important things.

Quirky spaces can often be improved by accentuating their best qualities rather than tearing everything out and starting over. Replacing your countertop and repainting cabinets can probably save you $50,000, for instance. Compare that to the cost of taking out a sledgehammer and having to replace what is there now with something new.

Next, I got a new appreciation for the fact that there is also a fine line between stuff that is old and great, and stuff that is old and really belongs in the landfill. And I’m betting that most of us probably already have at least one of the former that is not now displayed prominently in our home, and could make a huge difference.

Of course, I do recognize that for most of us, there are probably many more things in our houses that actually do need the Marie Kondo treatment. The trick is to know the difference. Because, what if? What if that one object got the attention it deserved? What would that do to the character of your home?

At Nikki and Lauren’s cabin, I discovered that when you allow your imagination to remain unfiltered, you can see a space as being perfect in its own way. And that’s a sure path toward creating a place where nothing interferes with the process of being.

Even better, I think, is that once we’ve made that experience for ourselves, we can share it with others.