The virus is still here, I know, but after three years of abstinence from travel, we had to get out of town and away from the fuzz lining our walls. 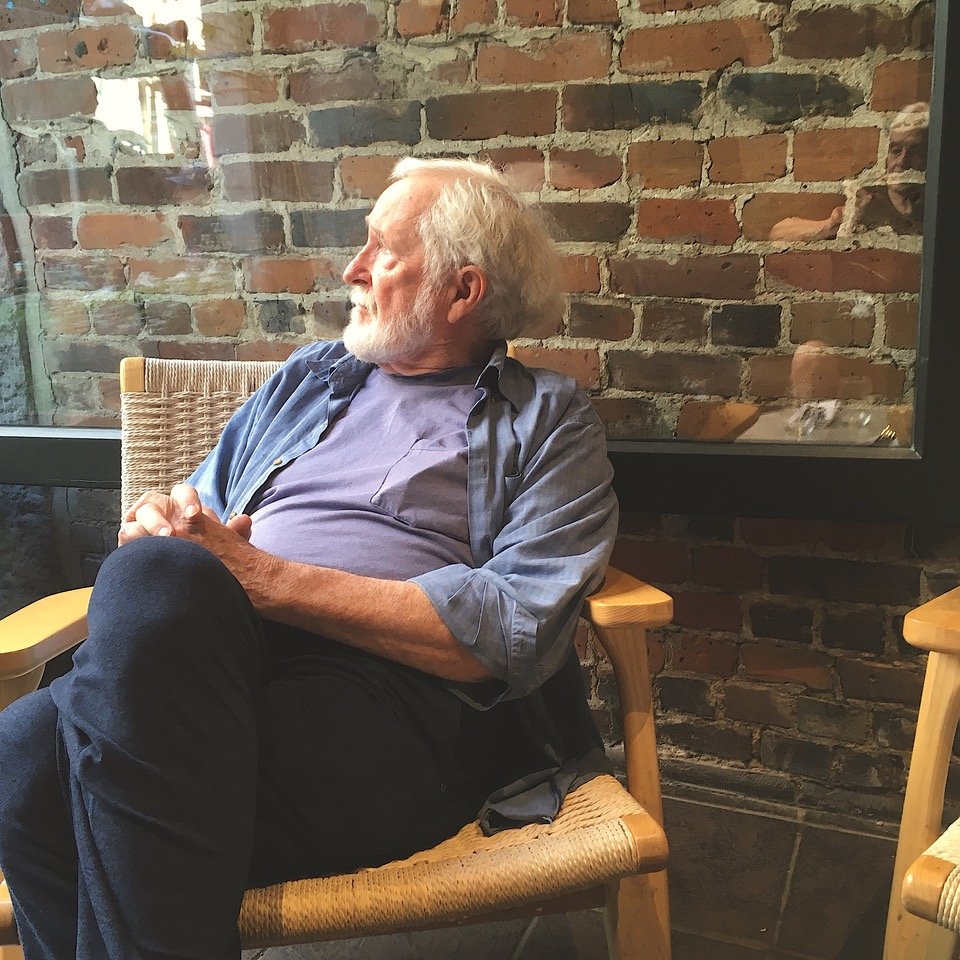 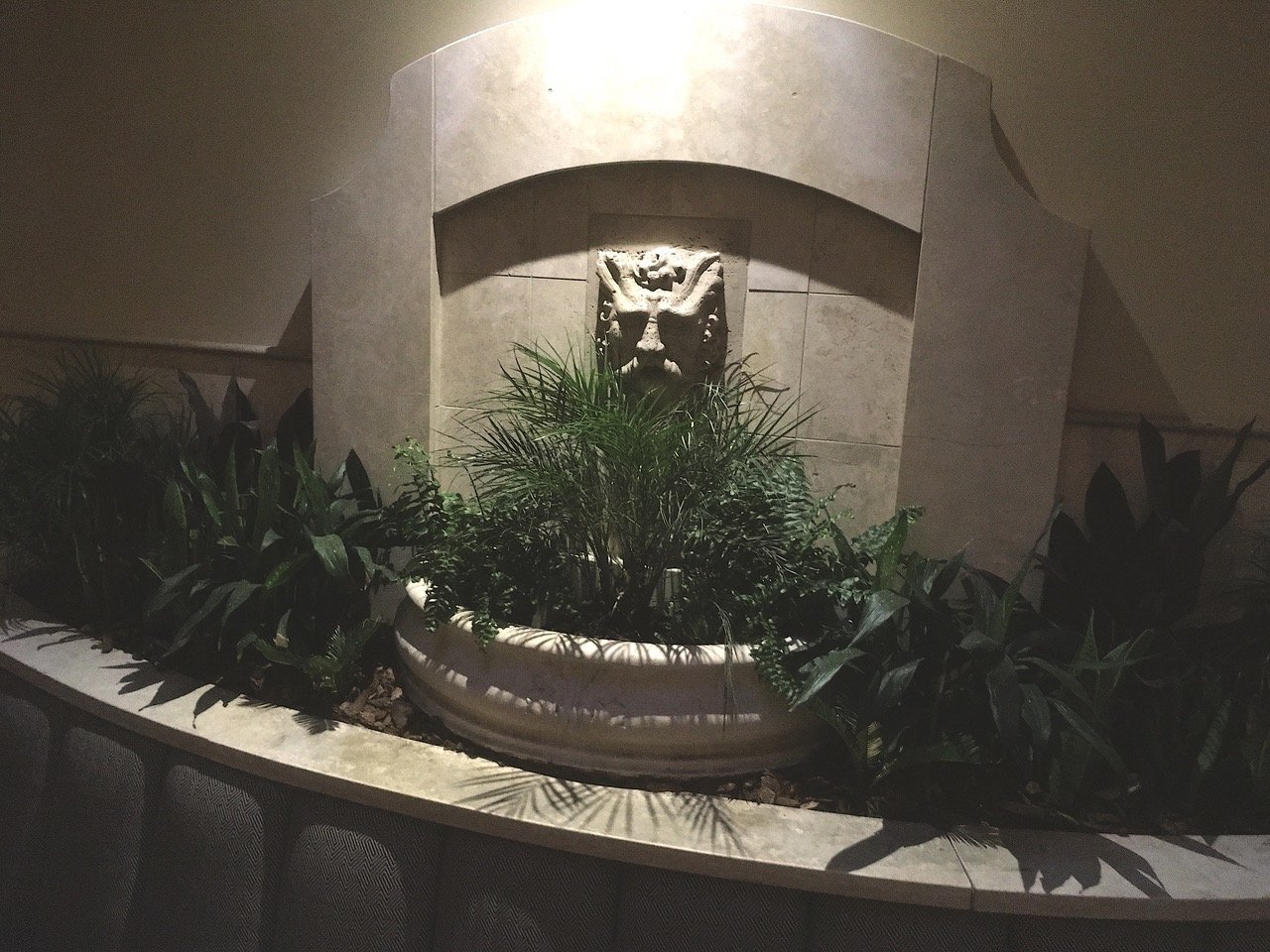 Fountain in lobby of Hotel Nelligan, Montreal
Previous Next
Posted Thursday, July 28, 2022 12:00 am
by Hugh Gilmore

The virus is still here, I know, but after three years of abstinence from travel, we had to get out of town and away from the fuzz lining our walls.

On June 14, I telephoned the Auberge de la Fontaine in Montreal, suspecting I was way too late to book two rooms at our favorite B&B up there. Perhaps, though, I could lean on the manager, Tarik, and play the old-and-loyal-customer card.

It didn’t work. The Montreal Grand Prix street race, drawing more than 338,000 fans, was ending then and the Montreal International Jazz Festival (around 2 million) was coming soon. So too, were the 2022 World Triathlon Sprint & Mixed Relay Championships, and the Montreal International Fireworks Festival. All this would be punctuated by the Quebec National Feast Day (formerly Sainte-Jean-Baptiste Day) holiday weekend.

“I’m so sorry, Mr. and Mrs. Gilmore, we would love to have you and your son, Andrew, stay here with us at the Auberge, but we are completely booked. Perhaps you could come in August sometime?”

We couldn’t. We had only a small window of about ten days in late June and that was it.

I spent the next day looking for lodging out on the Plateau region, away from center city. Some places looked promising and even had our dates available, but a dutiful scroll through review sites like Expedia and TripAdvisor left me uncertain. Then a small bright idea in the back of my mind – a dream deferred, if you will – floated front and center to tempt me: The Hotel Nelligan.

Downtown, in the old city, named after the renowned Quebec poet Émile Nelligan, the hotel beckoned like a “one of these days we’ll splurge on a pricey boutique hotel in the heart of things” vision.

After all, we’d eaten at their café several times and found the lobby atmosphere as heady as a bag of newborn chocolates. Staying at the hotel would be my reward for something good I must have done sometime. I ran the idea past my wife. She expressed some doubts about going quite so urban, so I tried another tack.

Since we are dedicated maskers, never-but-once eating at indoor restaurants and always wearing them to Giant, the library, health places and the pharmacy (the length of our leashes), I showed Janet some quotes from the Hotel Nelligan website.

Wearing a mask is mandatory in closed public places. It’s required that customers wear a mask upon arrival and at all times while walking through the hotel and common living areas.

A two-meter distance is recommended between customers and staff throughout the establishment. To help you, you will find several posters and road signs to direct you safely within the hotel.

We have put several disinfection stations at your disposal throughout the establishment; do not hesitate to use them regularly.

The common areas will be cleaned several times a day with particular attention to the objects most often affected (door handles, elevator buttons, thermostats, switches, remote controls and others).

“See,” I said, “these fancy places charge more for a room, but they go all out to make sure it’s clean and sanitized.” Jan faintly said “Okay,” and I made the booking. In the way others dream of swaying in a hammock beneath tropical Gaugain-ish skies, I pictured myself in a mask striding through a classy hotel lobby named after a poet, one in which every tuxedoed man, woman, and child (no pets allowed at the HN) also wore a COVID mask. How lovely. How reassuring. How, at least nominally, safe.

A few days later, without bothering to call me for approval, the Quebec government dropped the “public spaces and transportation” mask requirements for its citizens and foreign visitors. Thus, our surprise when we pulled up to the Nelligan and were greeted by naked-faced valet parkers, luggage haulers, doormen and desk clerks.

All were smiling, which is okay, but breathing. Exhaling potential COVID droplets. I turned to look around. Everyone, it seemed – the concierge at his desk, the bartender at his watch, the maître d at his café podium, the tray-carrying waiters, everyone – was dancing the “the post-pandemic” waltz. And look: the customers, my fellow campers – my bunk mates, practically – were as facially unburdened as the day they were born.

On to the elevators…only to enter and get joined by a stranger, then three more, then one more as the doors closed. The Gilmores held their breath. Off again, to the sanctuary of room 405. Whew. But what happens next?

Like the children on “Lord of the Flies,” we (except Andrew) degenerated, gradually wearing our masks less and less over the next five days and nights. In a world gone mad, ‘tis folly to be wise, I guess. Indoor dining, rooftop dining, lobby lounging, street walking, shopping, record hunting at Beatnik Records, taxi-hopping, even accepting nightly farewell hugs from the hostess at the rooftop terrasse, we skinny dipped our faces to the fullest extent possible for most of a week. After three years of prudence, it was fun. Shades of Eden.

We’re home now. We’re back to masking while thumping cantaloupes at Giant. You’d never know what libertines we once were.

No sniffles yet. No low pulse-ox or fevers or energy drain. Glad we went.

Wouldn’t go that way again, though. As of this morning, the Nelligan’s website, under the heading of “Safety Procedures” still references the same nonexistent security regs I quoted above.

*Be aware, however, that Canada requires registration 72 hours in advance through ArriveCAN, which, in turn, requires one to submit their passport number and a vaccination card jpg. It’s smooth after that.