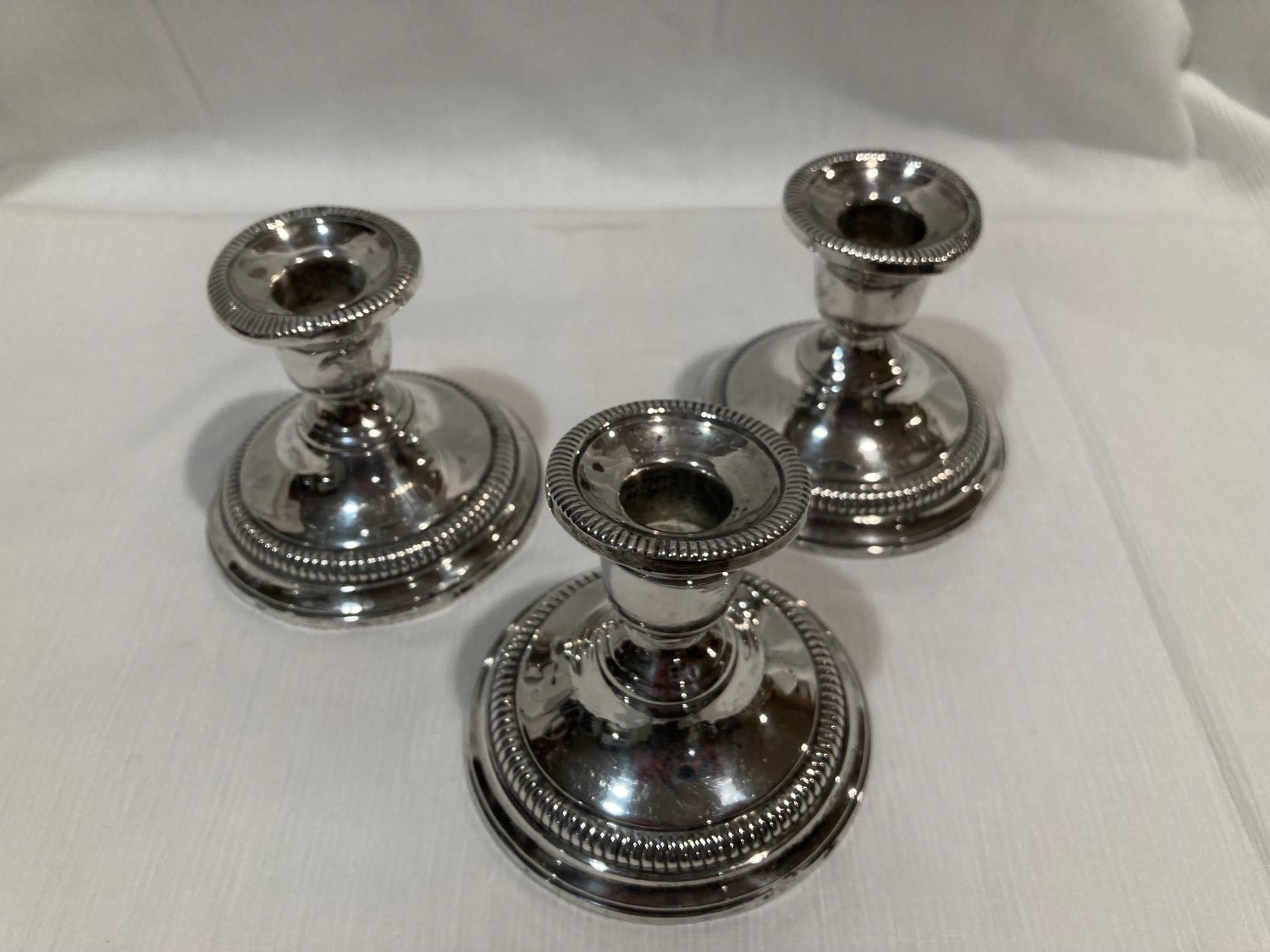 Last Sunday we had a huge yard sale to raise money for Bududa and also for Ukraine. It was a success and ended up actually being fun for a number of us.

We think it has been a huge success and we are thrilled with the effort. This means that $750 goes to Bududa America Foundation to support an orphans program and a vocational school in Bududa, Uganda and $750 will go to the United Ukrainian American Relief Committee. This is huge!

We wish to thank everybody who played any part in this, particularly the helpers and the contributors but also the shoppers and the few folks who just made donations without actually shopping.

Here is a little story that happened the week before the sale. In the boxes of goods dropped off, there were five sterling silver candlestick holders, tarnished and a bit beaten up, in a dirty old green felt bag with the name Shreve, Crump & Low in gold letters on it.

I unpacked them and instinctively wanted to polish them, as in years past my extended family had been silversmiths in Canada. I even washed the green felt bag  with the gold lettering. When polished, they were quite exciting and a delight!

I went on a google search and found them listed on various sites. I had visions of going to “Antiques RoadShow” and finding them to be worth lots of money. I sent pictures of the polished candlestick holders back to the owner who had offered them for the sale. She said she did not want them. Ok.

Then the next day, she had referred the picture to her daughter, and the daughter did want them. So I packed  them up in the green felt Shreve Crump and Low bag and brought them back to my pal. She was delighted with the polished version.

These are the adventures that can happen behind the scenes of an ordinary old yard sale in Chestnut Hill.