The Episcopal Church of St. Martin-in-the-Fields, Chestnut Hill, hosted the Fairmount String Quartet Sunday afternoon, Sept. 20, in a live (not Zoom) concert. The ensemble, which has regularly … 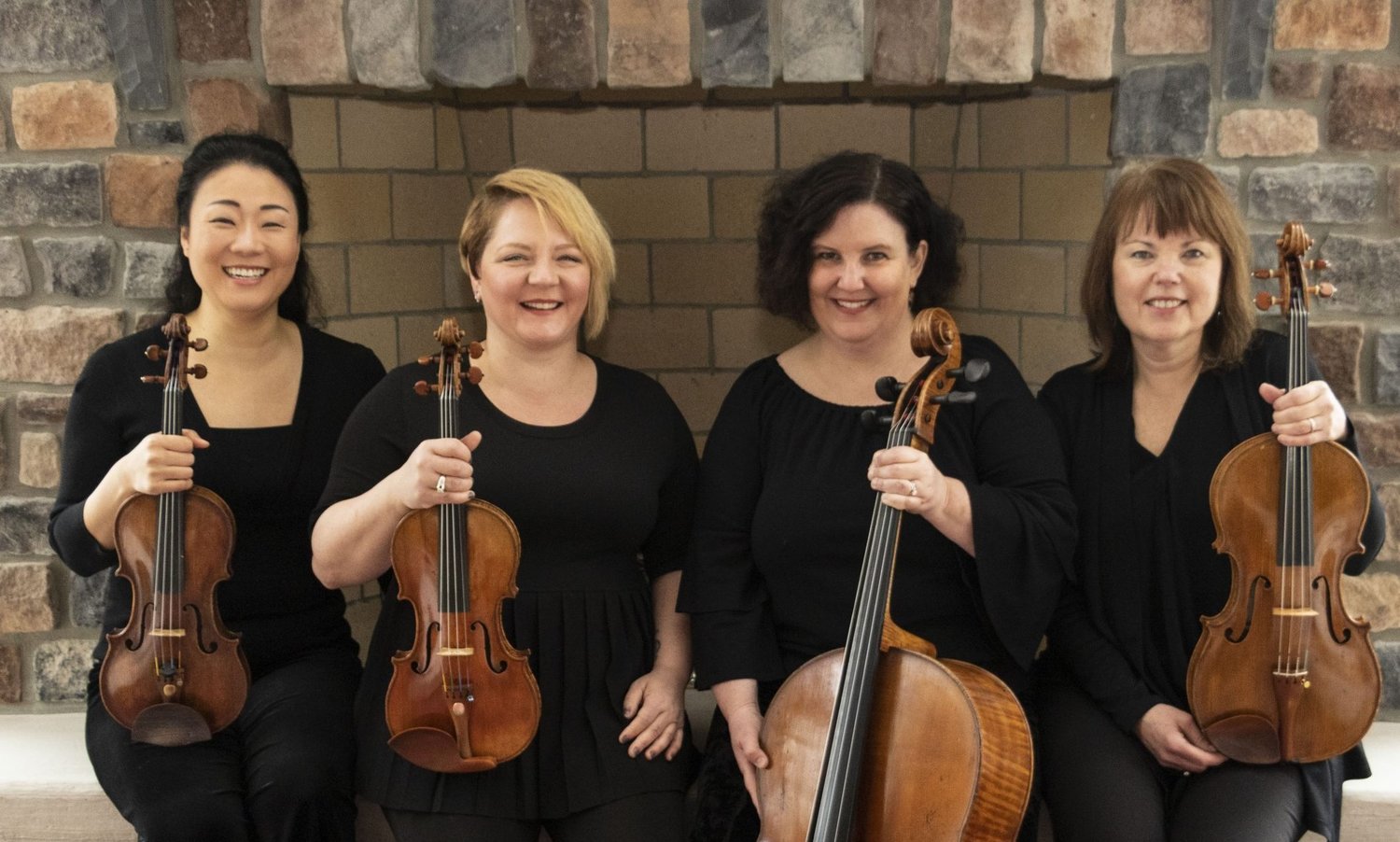 The Episcopal Church of St. Martin-in-the-Fields, Chestnut Hill, hosted the Fairmount String Quartet Sunday afternoon, Sept. 20, in a live (not Zoom) concert. The ensemble, which has regularly performed at the church for the past several years, played a program of music by Haydn, Dvorak and Marquez under a tent across the street from the Church. The recital drew a “socially distanced, mask-wearing audience” that spilled out onto the gravel surrounding the tent.

On first glance, the presence of a work by the Austrian-born Haydn would seem out of place in a program entitled “In Search for America.” The explanation, although a tad tangential, holds its place. Composed as the 18th century turned into the 19th, the Haydn was actually performed in the newly created United States as part of the cultural heritage of immigrants from the various German kingdoms, principalities and duchies – hence Northwest Philadelphia’s “Germantown” – and the Austrian Empire, the composer’s homeland.

“Papa” Haydn’s quartets – he really and truly invented the form – were an inspiration for the Bohemian-born Dvorak during his years of residence in America. Two of his most enduring masterpieces – the “American” String Quartet and his Symphony No. 9, “From the New World” – were a direct response of his sojourn.

Marquez is a contemporary Mexican composer. His “Danzon #2” evokes the deeply rooted traditions of dancing throughout Latin America, in general, and the United States’ Hispanic community, in particular.

The Fairmount Quartet caught the spirited narrative of the Haydn’s first movement with clear textures, precise rhythms, expert balance and a bracing delineation of the composer’s superb four-part counterpoint. They caught the tumult of the shifts from major to minor tonality as well as its thematic development.

Haydn’s unaffected use of the hearty exuberance of Austrian folk music traditions in the second movement Minuet was projected pointedly and was effectively balanced against the smoothly shaped voices of the Trio. The slow third movement radiated with classical refinement while the fast-paced closing movement proffered a perfect summation of the entire score. All three movements were performed with expert ensemble, a broad palette of timbres and a dramatic use of dynamic variation.

Dvorak’s “American” String Quartet is a superb example of the romantic era’s take on the structure of the classical string quartet. It sometimes seems as though the composer’s melodic gift flows unimpeded within each of its four movements and even from movement to movement, yet Dvorak never seems to have exhausted his store of developmental techniques. Motives, harmonic progressions and rhythmic figurations flow along in a seamless cascade of invention.

The interpretive trick is not so much to harness the composer’s genius but to shape and mold its fruits into a concise and potent affirmation of emotive lyricism within an edifice of classical architecture. The Fairmount musicians achieved this daunting assignment with polish and panache.

Marquez’s “Danzon #2” is music of both sensuality and vitality. It pulses with muscular energy as it swoons with sensuous seduction. The Fairmount Quartet gave it a reading that was both sizzling and voluptuous.

You can contact NOTEWORTHY at Michael-caruso@comcast.net. To read more of NOTEWORTHY visit www.chestnuthilllocal.com/Arts/Noteworthy.