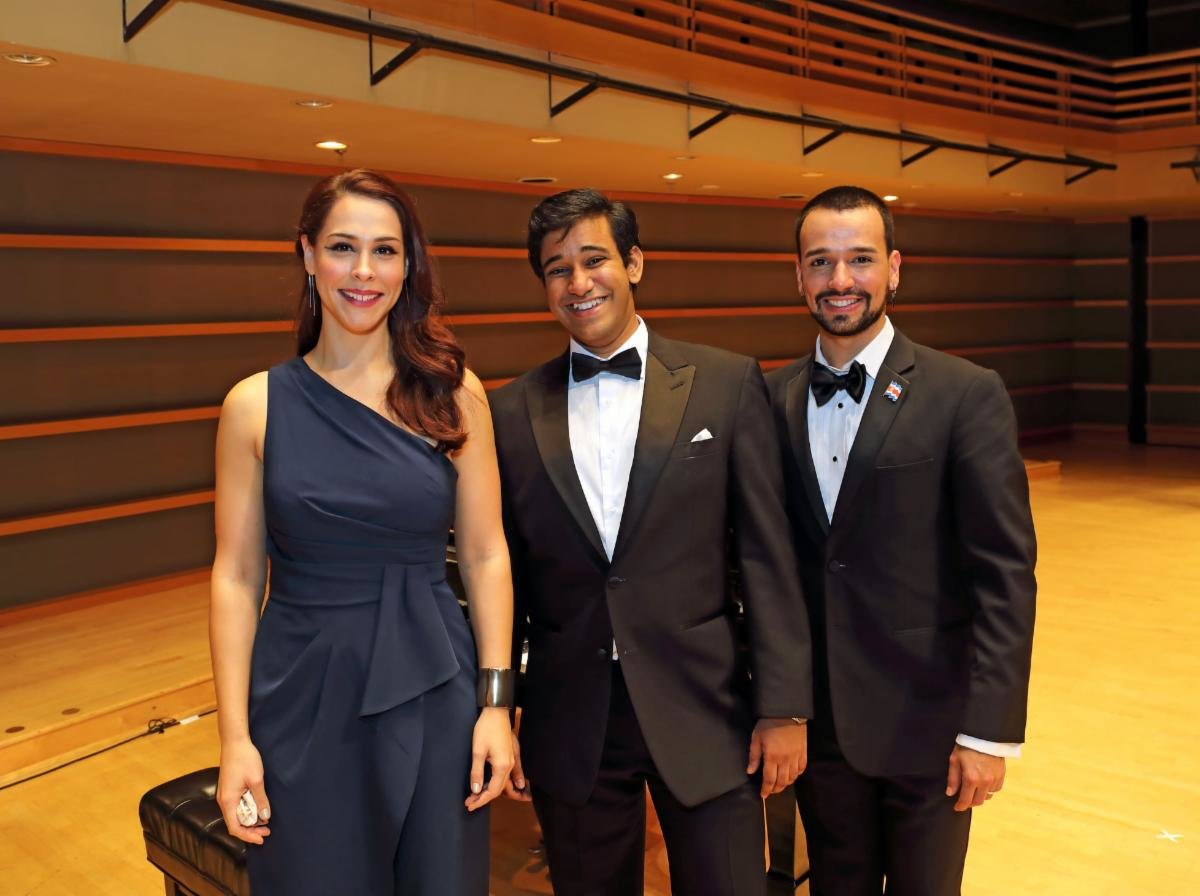 Although the audience wasn’t as large as once had regularly been the case for Tempesta in Chestnut Hill, that audience coursed with enthusiasm. The ensemble of period instrumentalists and the local classical music lovers gathered to hear them perform “Women of Antiquity” delighted in this adventure in the earliest parts of the traditional repertoire.

The program’s subtitle was “Heroines and Villainesses from History and Legend.” It included selections from larger scores by Telemann, Handel, Reutter, Porpora, Purcell, Charpentier and Desmarets. For the roster of arias presented, Tempesta’s players were joined by mezzo Meg Bragel, singing some works originally conceived for the castrati that were the superstars of baroque opera. These were surrounded by suites of dances that were performed by the opera companies that dominated the late 17th & early 18th centuries.

Bragle’s mezzo voice was shown to be comfortably at home in the ranges required of it in the many arias she sang. She displayed an admirable ease crossing the infamous “passaggio” between the higher head tones and lower chest tones that characterize the mezzo voice – located midway between the soprano and alto ranges for female singers. From what can be heard from the only known recording of a castrato – Alessandro Moreschi – the problem existed for those singers, as well.

Bragle’s only shortcoming in Friday evening’s performance was a lack of tonal amplitude that would have enabled her to dominate the overall musical texture.  She blended beautifully – no mean feat! – but in baroque opera, the vocal soloist was not meant to be just one of a bevy of musical equals. The singer was meant to be the star and the instrumentalists were intended to accompany him or her.

Those instrumentalists played beautifully throughout the concert. Tones were tart, rhythms were vibrant, textures were transparent, ensemble was tight, and dynamics ranged from the softest to the loudest.

After not having enjoyed Yannick Nézet-Séguin and the Philadelphia Orchestra’s take on Beethoven Fifth Symphony, I must admit that I wasn’t altogether looking forward to hearing them play his “Pastorale” Sixth Symphony. My concerns were misplaced. Nézet-Séguin and the Philadelphians gave the proto-romantic masterpiece a sterling rendition Sunday, Oct. 17, before an audience that packed Kimmel Center’s Verizon Hall and that rewarded the players and their maestro with a resounding ovation.

Nézet-Séguin conducted the score’s expansive yet tightly conceived five moments from memory, yet he showered every minute detail with intense involvement without losing sight of the overall arch of Beethoven’s musical description of a jaunt in the countryside. Each movement projected a specific aural portrait held securely within the structure of classical presentation and development. And, as is almost always the case when Nézet-Séguin is on the podium, the Philadelphians played with tonal sheen, flawless ensemble, balance and blend, and engaging exuberance.

The Academy of Vocal Arts, the local school that is the nation’s only full -scholarship institution focusing solely on the voice, returned to “live in-person” performance Oct. 15 with its “Giargiari Bel Canto Competition.” The annual event features nearly all of AVA’s students in interpretations of arias drawn from the operatic canon.

In its purest definition, “bel canto” – Italian for “beautiful singing” – refers to that part of the repertoire composed by Rossini, Bellini and Donizetti. Over the years, however, AVA’s president & artistic director, K. James McDowell of East Falls, has expanded the parameters to include works composed before and after that stylistic bracket. Less pure? Perhaps. But the change opens up the competition to more students as well as provides a more balanced program for audiences gathered in Kimmel Center’s Perelman Theater.

One of the most appealing aspects of the programs of these concerts is the likelihood that you’ll hear an aria from an opera you’ve never heard, let alone seen in performance, and that you’re unlikely to ever hear or see. Among those treats were bass Cody Muller’s aria from Fromental Halevy’s “La Juive” and tenor Shawn Roth’s aria from Meyerbeer’s “L’Africaine.” The former was a favorite of two of the Metropolitan Opera’s greatest tenors – my relative Enrico Caruso and Richard Tucker – while the latter, like “La Juive,” has disappeared from the active repertoire. Both were sung beautifully and accompanied at the Steinway expertly by Danielle Orlando.