While most of us will make resolutions based on the numbers that show up on our bathroom scale or our credit card bill, one group that has higher goals in mind – the merchants of Chestnut Hill. 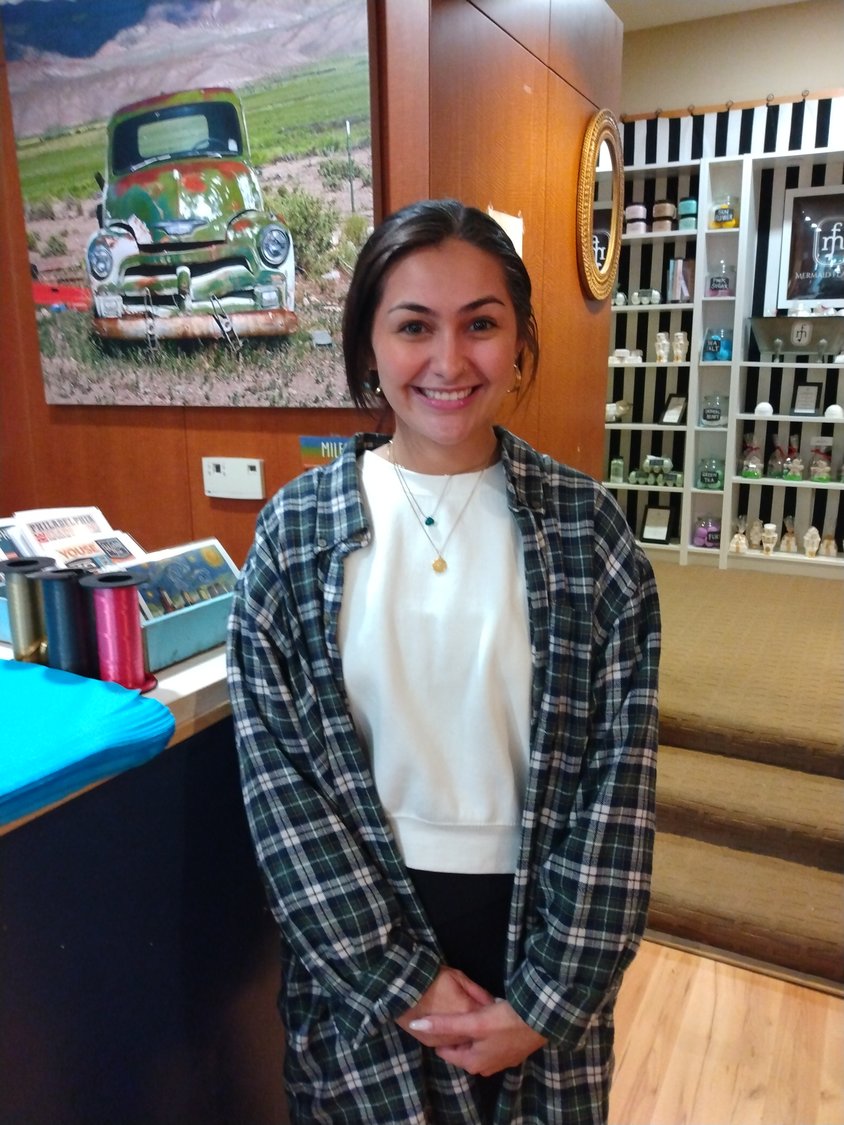 A new decor is in store for Serendipity, said manager Kayle Egberts, manager of the place where locals go for sweatshirts, T-shirts, hoodies and baseball caps with Phillies, Eagles, Wissahickon, Chestnut Hill and Philadelphia logos. 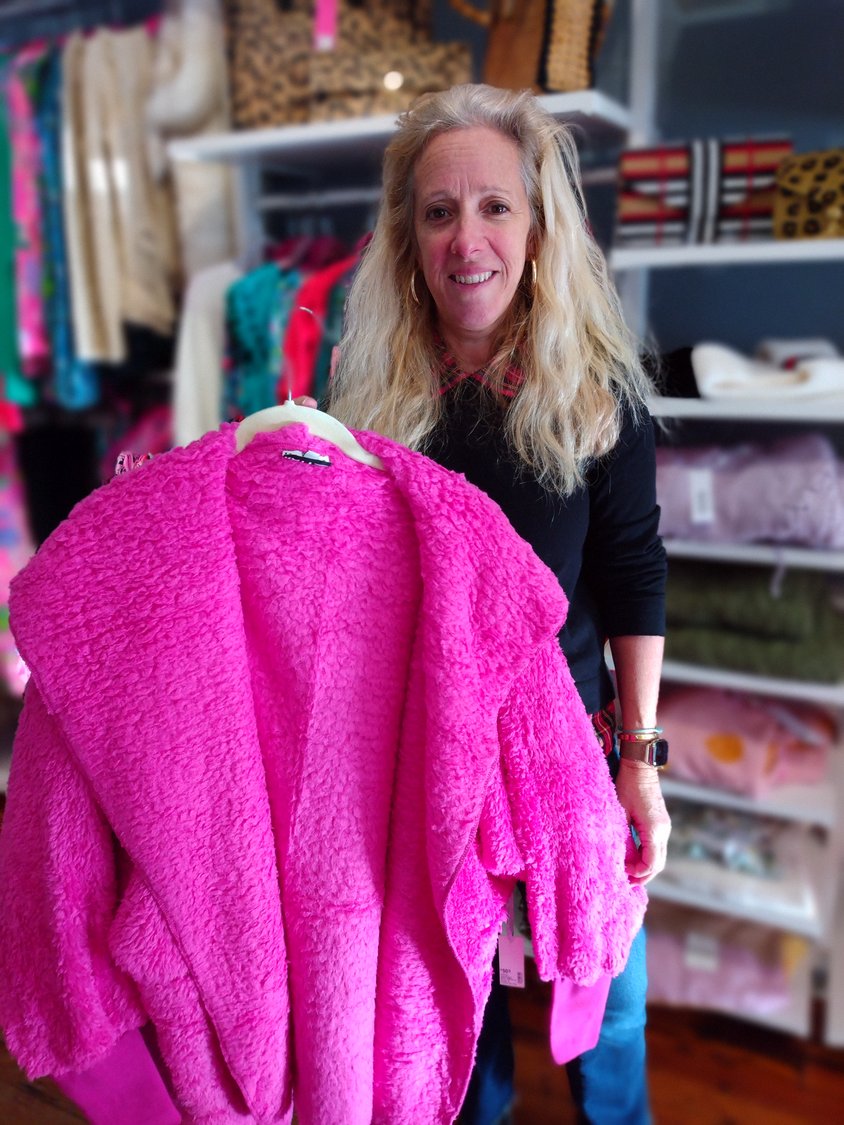 Susanna Forjohn, owner of Quelque Chose, is looking forward to an exciting 2023 when she will stock up on new productions including the latest Lilly Pulitzer fashions.
Previous Next
Posted Thursday, January 5, 2023 12:00 am
by Stacia Friedman

Admit it. New Year’s resolutions, whether to go vegan or learn Swahili, tend to evaporate before Valentine’s Day. Yet there is something irresistible about believing that every January is an opportunity for a fresh start. We dug deep into history to trace the origins of this ancient phenomenon.

Some 4,000 years ago, the Babylonians held a 12-day festival at the New Year in which they made promises to the gods to pay their debts and return any objects they had borrowed. These promises are considered the forerunners of our New Year’s resolutions. If Babylonians kept to their word, their gods would bestow favor on them for the coming year. If not, they wouldn’t lose those ten pounds or learn Aramaic. Yom Kippur (Day of Atonement) on the Jewish calendar and the Christian tradition called Watch Night on New Years Eve are also periods of such reflection.

While most of us will make resolutions for 2023 based on the numbers that show up on our bathroom scale or our credit card bill, we found one group that has higher goals in mind – the merchants of Chestnut Hill.

“We are excited about our new products in the coming year, many that we design, and a new look to the store,” said Kayle Egberts, manager of Serendipity, 8506 Germantown Ave. This is where locals go for sweatshirts, T-shirts, hoodies and baseball caps with  Phillies, Eagles, Wissahickon, Chestnut Hill and Philadelphia logos.

Courtney O’Neill, executive director of the Chestnut Hill Business Association, is looking forward to more new businesses coming to the Hill in 2023. “Since I came on board in August 2022, a dozen new businesses have opened, including Char & Stave, coffee roasters and whiskey distillers at Germantown and Highland in the former location of the Philadelphia Print Shop.” Other businesses scheduled to open include Cider Belly Hard Cider taproom, El Limon, and Nirvana Indian Bistro, at 8609 Germantown Ave., the space formerly occupied by Mica.

Keia Chesson, CEO of TC Unlimited Boutique, 8518 Germantown Ave., views the coming year enthusiastically. “I am looking forward to doing more events like our Sip ‘N Shop,” she said. Specializing in trendy clothing and accessories for stylish women, the boutique has a loyal following.

Meanwhile, jeweler Caleb Meyer of Caleb Meyer Studio, 8520 Germantown Ave., hopes that the New Year will fill empty retail vacancies on the Avenue. “The Cheese Shop has been vacant for years,” Meyer said,”I would like to see a higher occupancy rate.”

Char McClain, manager of Greene Street, 8524 Germantown Ave., is optimistic. “We look forward to meeting new customers and for them to consign with us,” she said. Need a sequin mini dress or a slinky black sheath? This is the place to get one for bubkas!

Debra Gress-Jansen, owner of booked, 8511 Germantown Ave., predicts “continued growth” for her bookstore, which carries a huge selection of books for adults and children, author events and book clubs.

For Susanna Forjohn, owner of Quelque Chose at 8437 Germantown Ave, the new year is always exciting, as January is when she goes to the big New York City show to stock up on new Lilly Pulitzer fashions. Right now, her shop is filled with pastel colored Lilly clothing for winter getaways to Palm Beach.

Cynthia Fillmore, owner of Windfall Galleries at 7944 and 8419 Germantown Ave., has a resolution suggestion for the community. “Keep it on the Hill and support small businesses,” she said. Her Community Center location has fur-trimmed gloves, hats and scarves, along with unique contemporary apparel, while her shop further down the Avenue continues to feature handcrafted jewelry.

Bruce Hoffman, manager of Gravers Lane Gallery, 8401 Germantown Ave., envisions 2023 as a time to expand his staff and give the gallery a facelift. “I have a positive feeling about the coming year,” he said. His gallery on the Hill specializes in contemporary crafts, painting, and sculpture with an emphasis on textile and fiber art, as well as one-of-a-kind jewelry. Currently, the gallery’s windows feature the charming wooden animal sculptures of area artist Dona Dalton.