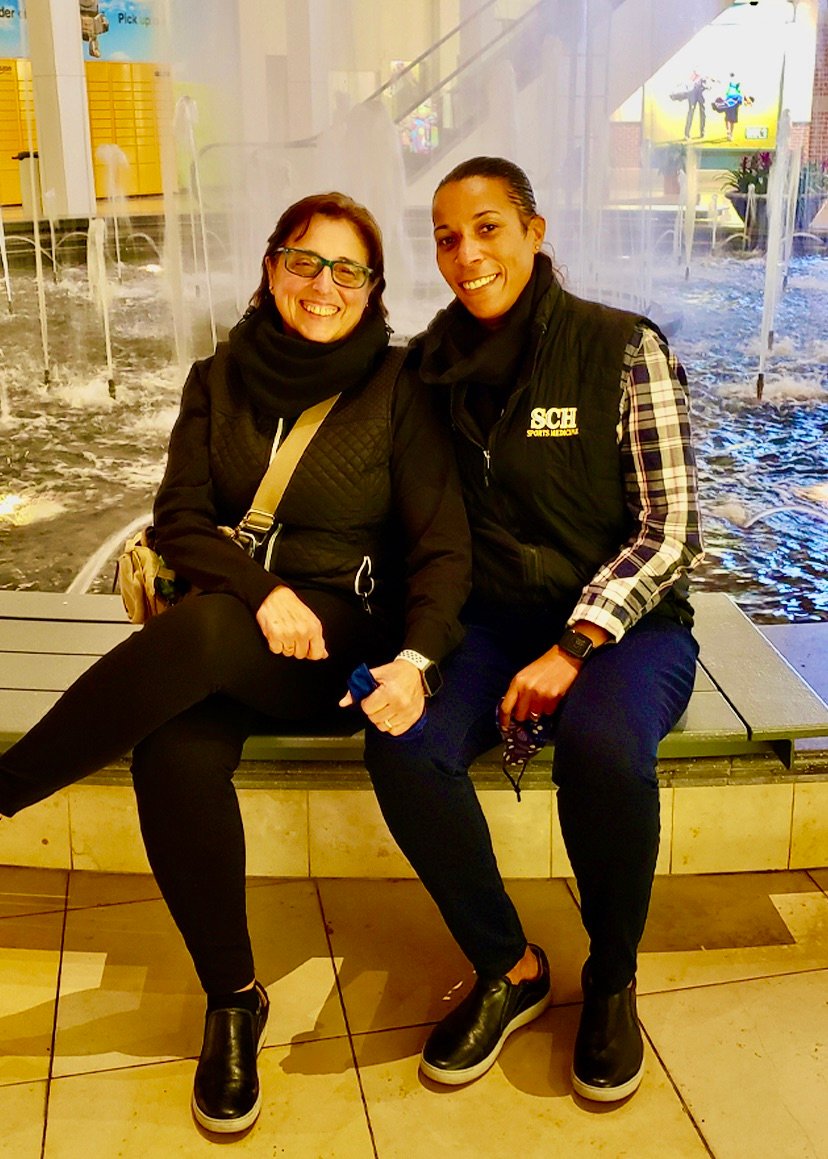 Mt. Airy residents Norma Wingate (right), head athletic trainer at Springside Chestnut Hill Academy and author of “Death Bracket,” and Sueli Vieira, an artist and author, were married in May in Mexico. 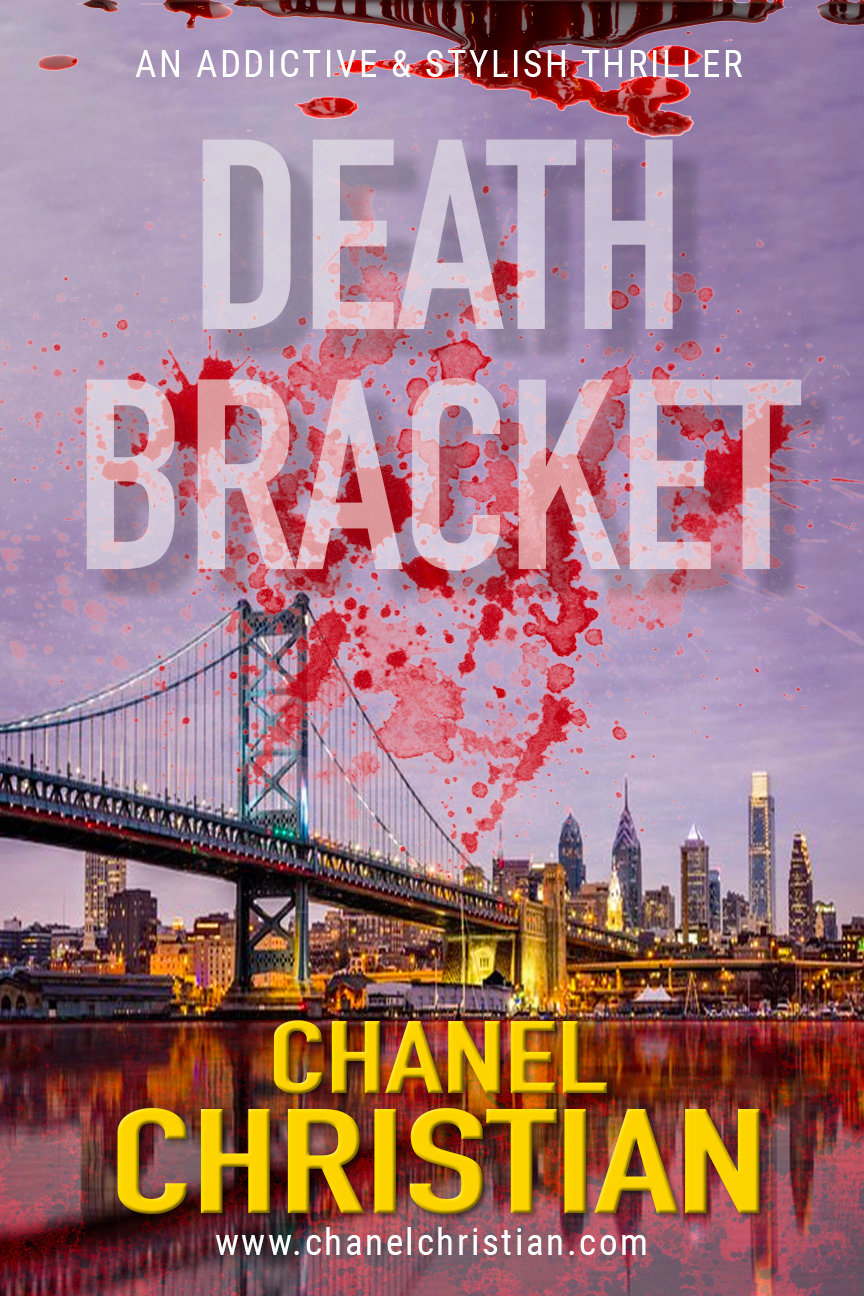 “Death Bracket” is the first thriller written by athletic trainer Norma Wingate, who writes under the pen name Chanel Christian.
Previous Next
Posted Thursday, November 3, 2022 12:00 am
by Len Lear

It also makes her think of her other loves – her wife, Sueli Vieira; her son, Joshua; her job as a certified athletic trainer at Springside Chestnut Hill Academy, and her obsession with writing.

Wingate, who writes about a serial killer under the pseudonym Chanel Christian, is thrilled. Her first novel, “Death Bracket,” which is replete with Chestnut Hill and Mt. Airy references, was recently published by Team WV Press, a self-publishing firm founded by Wingate and Vieira. Wingate’s next book, “Love Means Nothing,” is coming out next spring.

Why on earth would a lovely, funny lover of life (and tennis) want to write novels about such a downbeat subject as a serial killer, of all things?

“It allows me to put my mind somewhere else, completely away from my real life,” Wingate said. “I have always been interested in the subject. A lot of people get killed in my book, but there are also food scenes in the book, and music, because we love music and good food. The reader will learn some new songs and drinks.”

Wingate grew up in the Cobbs Creek section of West Philadelphia. Her first career aspiration was to be a pediatrician, but at the University of Pittsburgh, she said, organic chemistry and calculus “were my downfall.”

So she wound up majoring in movement science, then earning a master's degree in kinesthesiology and exercise science from Temple University and certification as an athletic trainer in 1997.

She proceeded to work at Morrisville Middle/Senior High School in Bucks County from 2004 to 2011, then moved to SCH to work as a certified athletic trainer, and has been head athletic trainer at the school for two years. Meanwhile, she also has supervised clinical experiences at Temple University and also at Jefferson University in East Falls.

Wingate is widely admired for her skill in evaluating and rehabilitating athletes, as well as preventing injuries. She currently oversees the athletic training of five varsity teams and 11 SCH teams.

According to SCH Athletic Director Dave Wilson, Wingate is an expert at her job.

“Not only is she a veteran athletic trainer, but she is a compassionate and caring educator. We are so fortunate to have her expertise in our community,” he said.

“Norma is one of the most highly respected athletic trainers on the high school scene, which is why the programs at schools like Temple, West Chester and Jefferson are always sending their students to SCH for their internships,” said journalist Tom Utescher, who has been covering local high school sports for the Local for more than 40 years.

“I'm a mother figure,” Wingate said. “I think we offer the best care of any school in the [Inter-Academic] League. Our girls' soccer and softball teams both won Inter-Ac titles and state championships last year, and we have had many other great teams.”

Still, as much as Wingate loves caring for the health of high school athletes, her ultimate aspiration is to be a full-time writer.

During the worst period of the pandemic, she had a great deal of time to work on her first book, “Death Racket,” which took her one year to write.

She was always an avid reader, she said, and especially enjoyed thrillers by authors such as  James Patterson.

Wingate and web developer Sueli Vieira, a native of Brazil who has been in the U.S. for 20 years, were married in May in Mexico. They met playing tennis at Allens Lane Art Center. Vieira is also an artist, who has illustrated two books and is the author of “Beach Resin Table: Complete and Simple Guide.” The Mt. Airy residents still play tennis at Allens Lane every weekend when weather permits.

“This is a great community that we love,” Wingate said. “We eat at Campbell's every week, and Tavern on the Hill, and Jansen, which is beautiful and has amazing food.”

To order “Death Bracket” or for more information, visit teamwvpress.com. Len Lear can be reached at lenlear@chestnuthilllocal.com