Richard Tuttle, a professional musician and retired lawyer who just released the CD single, “Break Someone Else's Heart,” is also an author whose dialogue is often spellbinding. 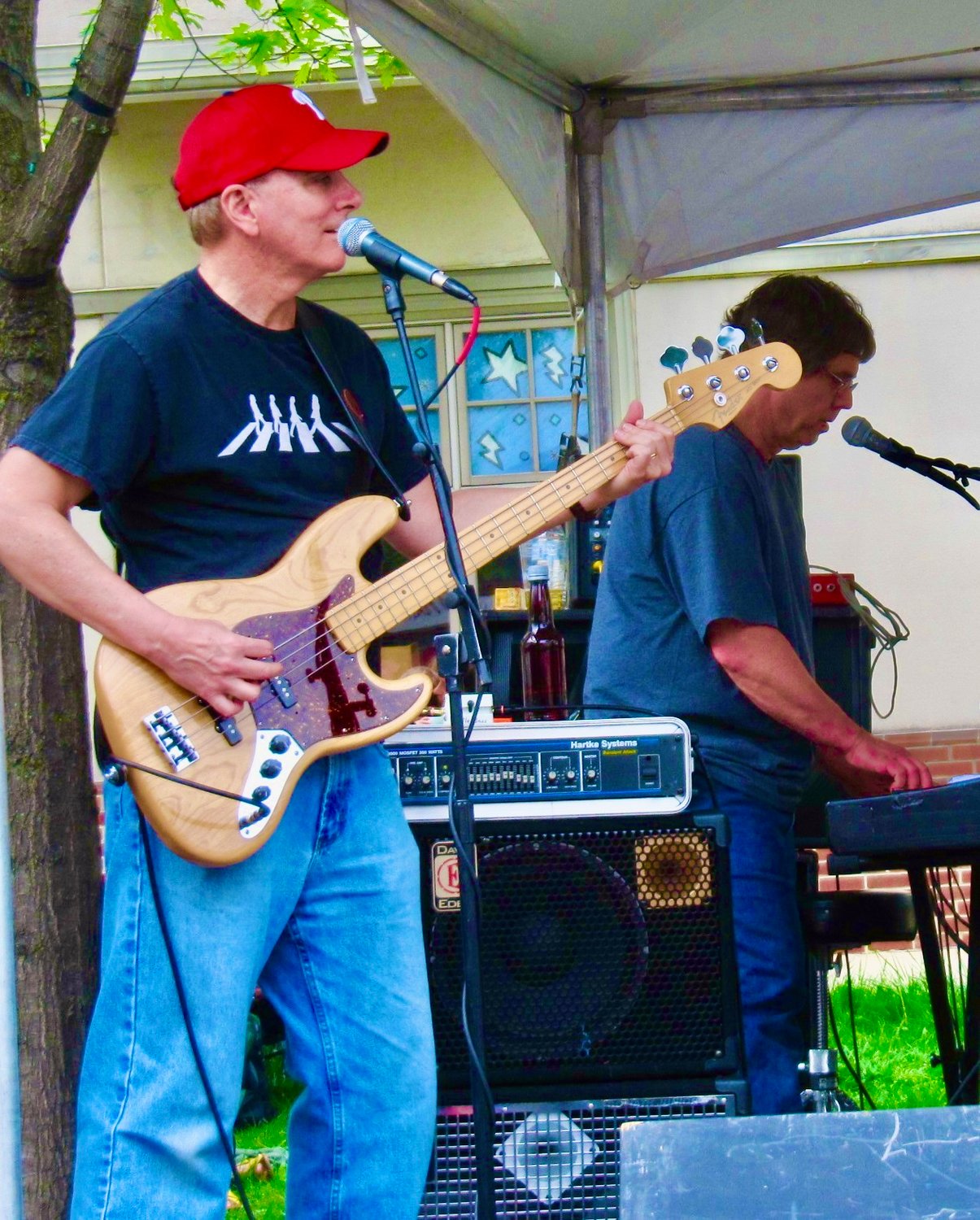 Also a musician, Tuttle is seen here performing “Break Someone Else's Heart,” a Big Band sound which he recently co-wrote, with The Rev. Chris Quintet and singer Lucie Daigle, his wife. 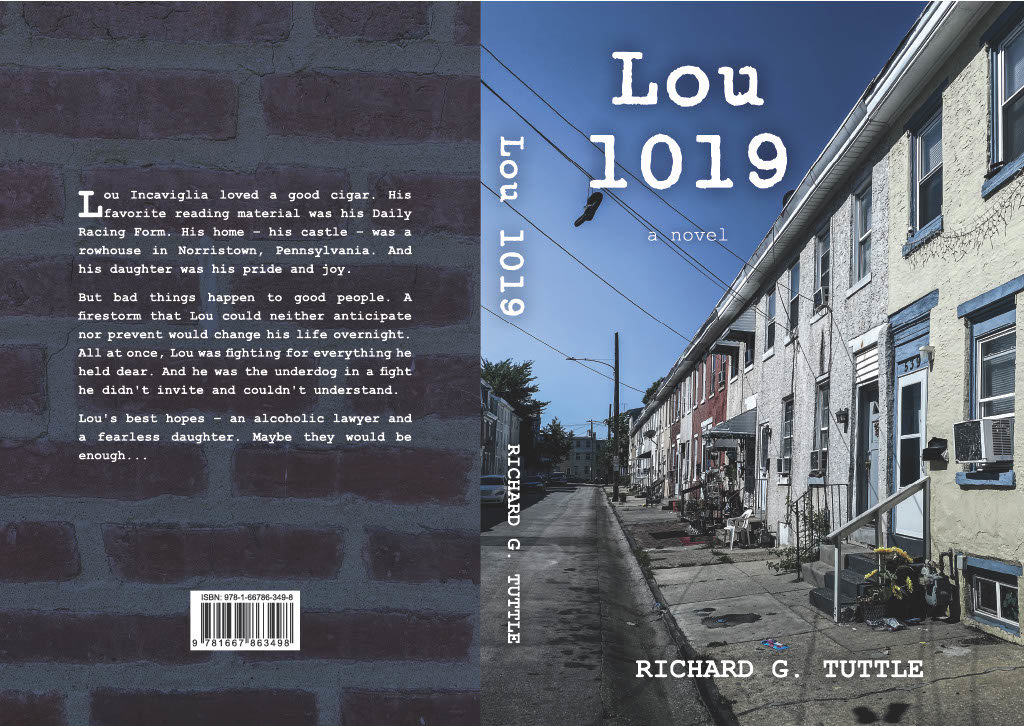 Richard Tuttle, a professional musician and retired lawyer who just released the CD single, “Break Someone Else's Heart,” a big band sound which he co-wrote with the Rev. Chris Quintet and singer Lucie Daigle, his wife, is also an author whose use of dialogue is often spellbinding. The Chestnut Hill resident for seven years (and Mt. Airy and Flourtown before that) struck gold last year with “Wyoming,” a legal thriller in the John Grisham genre.

Now Tuttle has just released his second novel, “Lou 1019,” and it is another riveting page-turner. This one is about Lou Incaviglia, of Norristown, who gets into the fight of his life and has to depend on an alcoholic lawyer and fearless daughter to prevail.

We caught up with Tuttle for a recent interview about his new book.

“I have a close friend who talked often about her father, Lou. She described the Daily Racing Form in his pocket, the cigar in his mouth and his pride in being Italian American. He loved life; he loved his daughter and he was proud to be who he was. I never met Lou – or, perhaps more accurately, I met him at his funeral – but I thought Lou was a great jumping-off point for a character and a story.

1019 is Lou Incaviglia's member number at the Italian American Citizens Club of Norristown.

Are Lou and his daughter based on real people?

I talked about Lou above. After I finished writing the character of his daughter, Olivia, I saw a lot of my own daughter, Catherine, in her. It didn't start out that way, and Olivia was written to be her own person, but I think it was inevitable that a lot of what I admire in Catherine would find its way into my description of Olivia.

How long did you work on it, and when was it released?

Like “Wyoming,” the book took 15 months to write. For “Lou” it was nine months of slow-go and six months of being on a roll. It was released Nov. 3.

What did you learn from writing “Wyoming” that helped with “Lou 1019”?

I outlined the story of each book before I began writing. When I wrote “Wyoming,” I jumped into the more interesting scenes first, trying to catch the muse. Thus, I had to edit the book later as if I were a director or film editor, fixing continuity problems, for example, adding conversations that were described at trial but were never previously recounted as the plot was developing. That process took me three months.

The initial draft of “Lou” was written in chronological order, which forced me to stop and focus on each scene as it came up. I think the writing was sharper that way. I also learned from “Wyoming” and “Lou” that the rules for writing fiction, endlessly repeated in writing seminars as if they're holy writ, can be bent a little bit. As long as you know which rules you're breaking and why, a good story will still be a good story.

How do you feel about the reaction to “Wyoming”?

I was stupefied. I constantly bumped into folks who had just finished the book and couldn't wait to talk about it. I sat with many book clubs I've lost count, and talked about the writing process, decisions about plot and especially, the characters. We all had our favorites. The most gratifying part is how much fun it has been to use text and a story to communicate so many ideas to so many people. Life doesn't offer that kind of opportunity very often.

I was. “The Verdict” suggested that the American legal process can reach the right result, even when the lawyering is less than stellar. And for whatever reason, I've read a fair amount of fiction in which highly-functioning alcoholics play important roles. In real life, of course, none of us wants to hire an alcoholic lawyer if we can help it, but lawyers with problems can make for compelling fiction.

What date was the release party for “Break Someone Else’s Heart?”

Sept. 13. It was interesting that you mentioned the big band feel of the song in our last interview. That was what we all set out to accomplish in the lyrics and the recording.

Are you working on another book now? If so, can you give a hint regarding what it is about?

I have a third novel that's in the very early outlining process. It's a legal drama that will probably be centered on family law. We'll see.

Tuttle will have a book signing at Booked, 8511 Germantown Ave., on Saturday, Dec. 10, 2 to 4 p.m. For more information about “Lou 1019,” visit amazon.com or email contact@catspawpublishing.com.