Local opera singer was once a migrant worker

Sandy Day is a triple threat. She’s a talented artist ; an acclaimed opera singer; and also a music instructor at Maplewood Music Studio. But the hardest thing she ever had to do had nothing to do with art or music.

Local opera singer was once a migrant worker 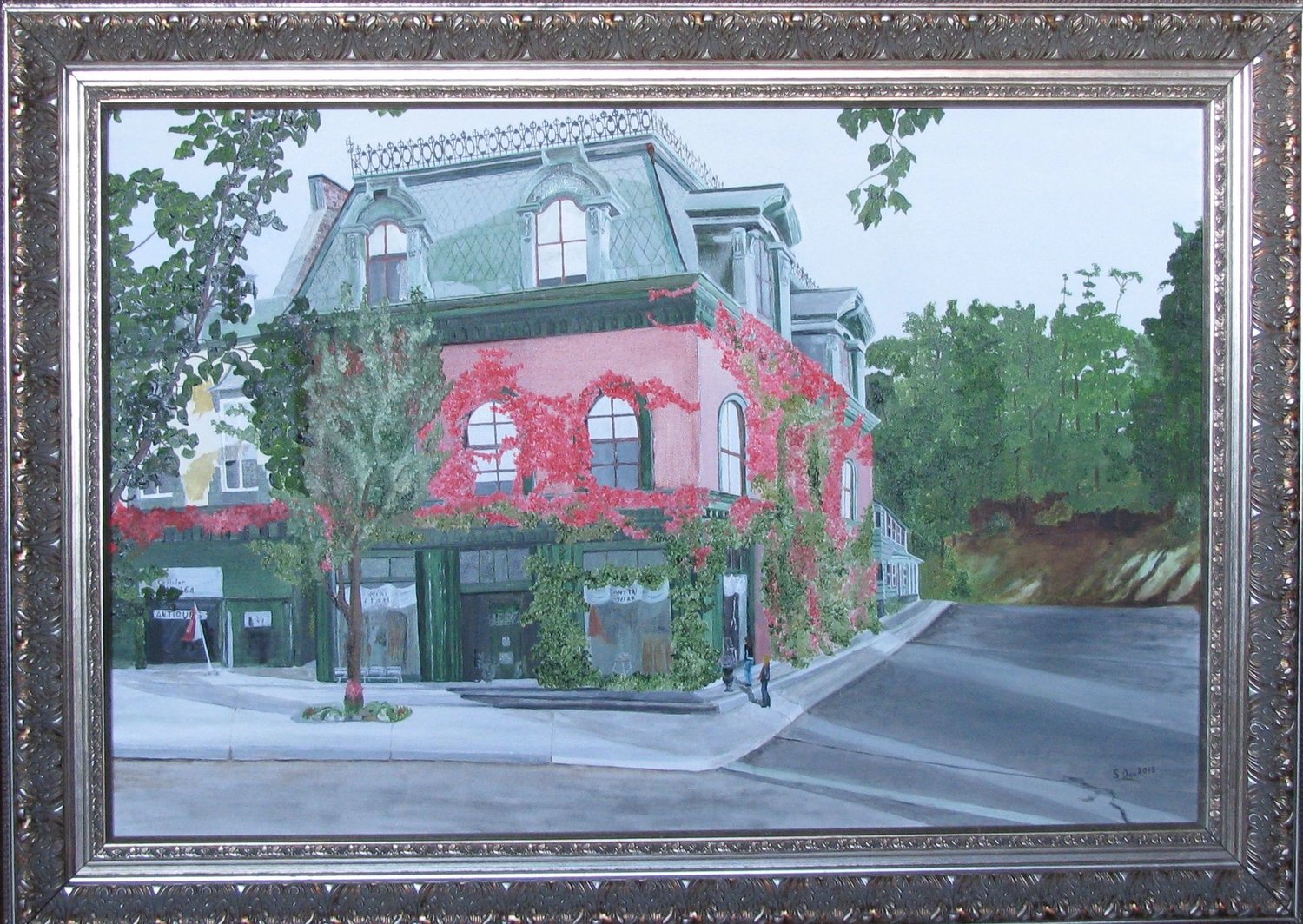 “Are They Open?" an oil painting by Sandy Day. 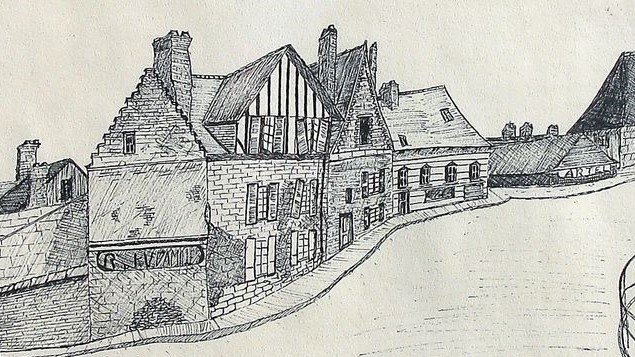 This is one of Day's pen & inks from Compiegne, France. To see more new work, visit sandydaysartdreams.com. 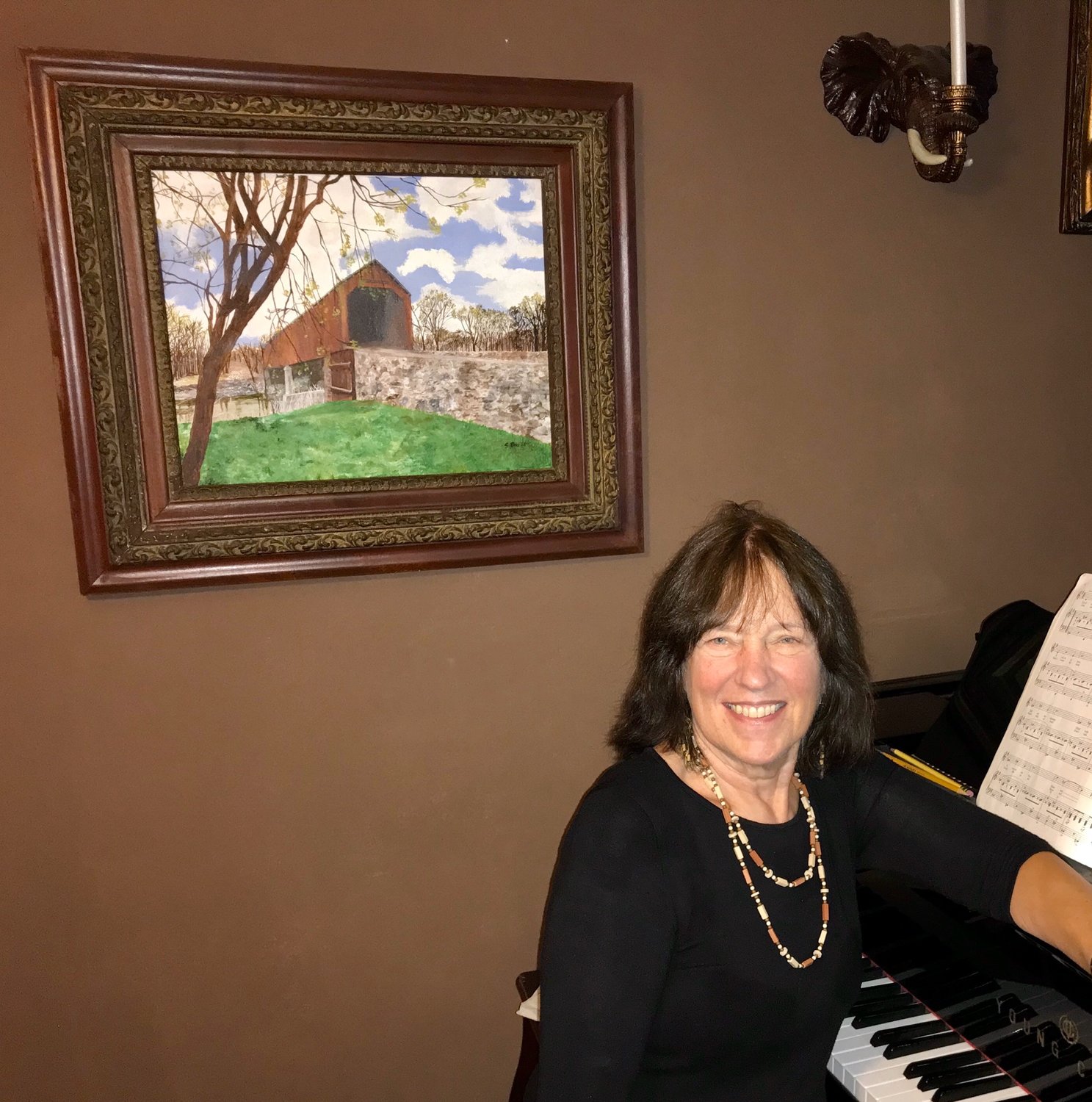 Sandy Day is a triple threat. She’s a talented artist whose paintings have been exhibited in many venues in Northwest Philadelphia and beyond, an acclaimed opera singer and president of the Delaware Valley Opera Company in East Falls and also a music instructor at Maplewood Music Studio. She also taught music at Ancillae Assumpta Academy in Wyncote for 20 years.

But the hardest thing she ever had to do had nothing to do with art or music. In fact, she said, there are two things that vie for that description.

“I worked as a migrant worker doing the grape harvest in southern France, and I rode 2,500 miles in 53 days throughout France with a 40-pound backpack on my bike,” she told us last week. “Both of these adventures were the most self-developing times of my life.”

And even though Sandy has always had a passion for music, she knows that some things are more important. “I was in the throes of singing Violetta from 'La Traviata.' It is a very big role, and I was pretty nervous about doing it. A dear friend of mine told me that what was important were the people in your life. Violetta was just a role. He was so right because this dear friend passed away at the Mann Music Center the night of my dress rehearsal. I will never forget his advice, and I truly live by it.”

Sandy has performed many of the leading soprano roles in the operatic repertoire such as Tosca, Madame Butterfly, Manon, Amelia in “La Forza del Destino,” Violetta and many more. But she’s grateful to the pandemic, she said, because it forced her to back off her busy schedule.

“I wouldn’t have had the time to take walks in parks like I do now, which has given me the opportunity to see some wonderful outdoor settings in the Philadelphia area,” she said. Her opera company, which she is the president of, is not planning to start live performances until Jan. 9, 2022. They’ll be performing “Amahl and the Night Visitors” at St. Dunstan’s in Blue Bell.

Sandy grew up in Missouri and came to Philadelphia to attend the University of Pennsylvania, studying there while also working in order to allow her husband to get his Ph.D. She spent 20 years in private vocal study in Philadelphia, New York and France. Although Sandy never received a formal education in art school, she was working in the Architecture School at the University of Pennsylvania and watched how the drawing instructor taught his students. She began selling her art works while living in Paris in 1975. She has worked in four media: pen and ink, watercolor, oil and pastel.

During the pandemic, Day has been teaching music students at Maplewood Music Studio remotely, at least those who were willing to have virtual lessons. Starting June 1 she began teaching fully vaccinated students in person. She is also working on her art, and is currently staging a three-month, one-woman art show at Ann’s Choice, an assisted living facility in Warminster, Bucks County.

“My sadness with this pandemic is for the performers nearing the end of their careers and not being able to perform before retiring,” Sandy told us in an earlier interview. “That is what happened to many performers in World War II. As far as my art, well, it has always been difficult for artists to sell paintings and other works of art.”

If Day could live in an earlier time, which period would she choose and why? “This question is beyond difficult, but I can say that I would love to have been a pioneer exploring and helping to develop the West. Another time would have been during the Impressionist era and enjoying the life of going to salons in Paris.”

How would Day spend a fortune if she won the lottery? “I would first pay off my debts. Then I would donate a large sum towards climate change and another large sum to help improve the lives of those in need throughout the world. I would also build a large theater/warehouse for my beloved opera company. And if there was any left over, I would travel.”